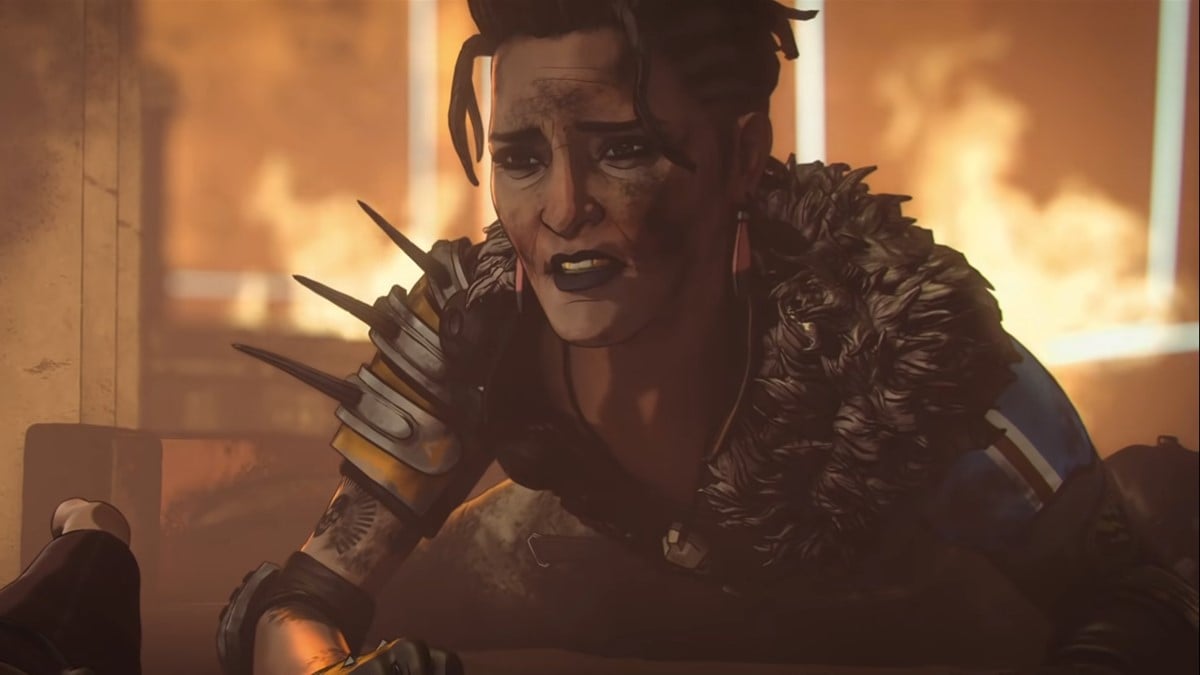 In the Ring Fury Escalation Takeover, the usual announcer is nowhere to be found; instead, she is replaced by Season 8: Mayhem’s big baddie: Mad Maggie. But who exactly is Mad Maggie? Margaret Kōhere, Maggie or Mags for short, is a Salvo native and the leader of an organization called Cracked Talon. She has strong ties to her planet and disagreed with its acquisition into Syndicate Space. She was also, in her personal life, Walter “Fuse” Fitzroy’s childhood best friend.

Fuse and Maggie used to pass a golden grenade back and forth to each other as a token of their friendship, but after Fuse decided to join the Apex Games, she saw him as a traitor to Salvo and her. She pulled the pin on the grenade the final time she and Fuse spoke face to face in a fit of rage and accidentally blew off Fuse’s right arm.

Since then, she has gone on a merciless revenge streak, including firing cannons at a crowd of innocent people, destroying mountains, and crashing a ship on Kings Canyon.

Now she is also helming the Ring Flare destruction within the Ring Fury Escalation Takeover. Given her hatred for the Apex Games, the chance of her ever becoming a Legend herself is low but not impossible. Either way, she will probably continue to be a semi-prominent character, especially in respect to Fuse’s lore.