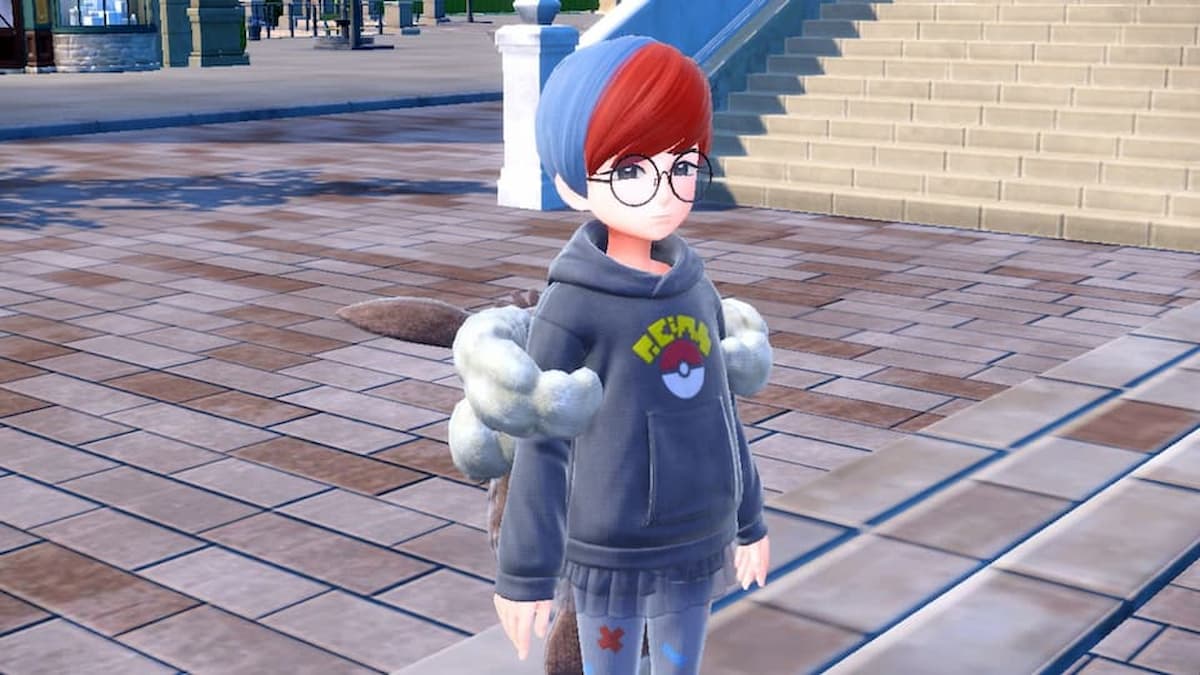 As with any Pokémon game, Pokémon Scarlet and Violet have a host of eccentric characters for you to meet on your journey. From helpful teachers to shy classmates and powerful gym leaders, there’s a colorful cast for you to get to know on your travels across Paldea. One such character is the adorably shy Penny — here’s everything you need to know about her.

Penny’s main distinction at present seems to be that she has a very shy personality. Although she’s in the same grade as your character at the academy, she doesn’t seem to come to class very often. Whether this is due to her aforementioned shyness or some other mysterious reason that will be uncovered as you progress through the game is, for now, unclear. What is clear, though, is her affinity for her fluffy Eevee backpack. Penny is always seen wearing it, and it’s hard to blame her. It’s not known yet whether her affection for Eevee extends to her choice of Pokémon or if it’s a purely aesthetic decision.

Related: Who is Grusha in Pokemon Scarlet and Violet? Answered

Penny isn’t alone in the new roster of characters coming to Pokémon Scarlet and Violet. The Pokémon Professors Sada and Turo were among the first to be revealed, much to the delight of the fan-art community. There’s also Mr. Clavell, the director of the academy, and your other student friends like Arven and Nemona. Arven is particularly interesting because he seems more interested in cooking than Pokémon battling, which could mean he’s going to serve as some type of resource crafting system. That’s just our speculation at this point, but it’s worth paying attention to.

You’ll also meet gym leaders like Grusha, who runs the Ice-type gym. Plus, there will be all sorts of new Pokémon to catch and even new variations of old favorites like the Paldean Wooper.