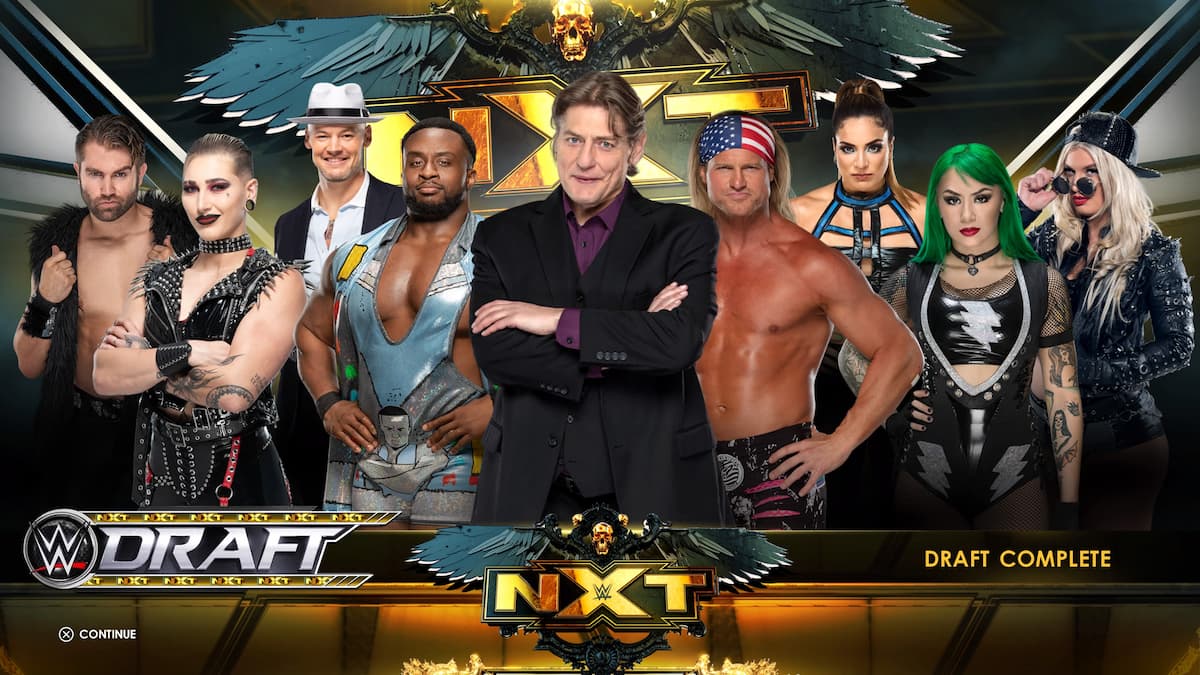 MyGM is a returning mode in WWE 2K22 that puts you in the shoes of a general manager trying to beat the competition and build the best brand in the WWE. The mode hasn’t been in WWE games for quite a while now, and the team at 2K has made a few important changes to how everything works. The basics are still the same: you’ll draft wrestlers and then book them in matches to hopefully bring in fans. However, if you want to have the best brand in the business, we have some tips that should help you out.

When you start up your draft, you’ll have to add at least eight Superstars to your roster. You’ll want to spread this out between the four different types of wrestlers to make sure you have the best matchups and may want to mix and match male and female wrestlers. However, you don’t want to blow your entire budget here. Not only will you need money to actually put on a show, but you can actually score some deals on the Free Agent and Legend market.

We recommend drafting the bare minimum and then growing your roster from there. These new wrestlers will give you extra bodies to keep your stars rested. Plus, you don’t have to sign everyone for the long haul. Bringing in someone for five weeks to rest your number one worker can be the difference between a game-changing injury or that star staying healthy. Keep yourself nimble, and don’t load up on wrestlers just because you like them.

While this version of MyGM doesn’t have the deep rivalry system that the older games did, you do need to keep your rivalries in mind while creating your card. Ideally, you want these rivalries to culminate at a PPV event, but keeping as many of your wrestlers as possible in rivalries is the key to success.

Fortunately, creating rivalries is as simple as matching up wrestlers together. Then, you want to keep them in a program either by wrestling or having them call each other out in promos. Do this enough, and you’ll outpace the competition quickly.

This might seem like a small detail, but it’s important to always keep it in the back of your mind. The way MyGM rates your show is based on correctly placing your matches. It might seem like you’d want to build your card up, making your opening match your weakest and working up from there.

However, that’s not how to book in MyGM. Instead, you want to bookend your card with strongly-received matches in the first and final slots. That gives you something to bring people in and send them home happy. It may seem strange to not “build” your card to its climax, but it’s the best way to bring in fans.

This version of MyGM has added a new feature called Power Cards. These give you specific abilities that you can use from week to week. You’ll want to grab as many of these as is feasible as they can really help you turn the tide.

Each week, you’ll have the opportunity to purchase three new cards. We wouldn’t buy all of them, but look for ones that you think will help you against the competition. We really like the ones that heal your Superstars or force the other promotion to pay more money for a card.

Every week, Triple H will give you an objective to complete. If you do it, you’ll get an extra Power Card. Usually, these are pretty simple to do, so you might as well keep up with them. Don’t kill your card to make it happen, but don’t brush them off either.

You’ll also get in requests from your roster every once in a while. These are often more intrusive to your plans than Triple H’s requests. For example, you might be booking a title feud to end at PPV, and then one of your mid-card performers will ask to be in the main event that week. It’s up to you if you want to honor those requests, but keep in mind that wrestlers can jump to the other brand if they aren’t satisfied with what you’re doing.

Remember these tips, and you should be well on your way to dominating the charts and cultivating a massive fan base.