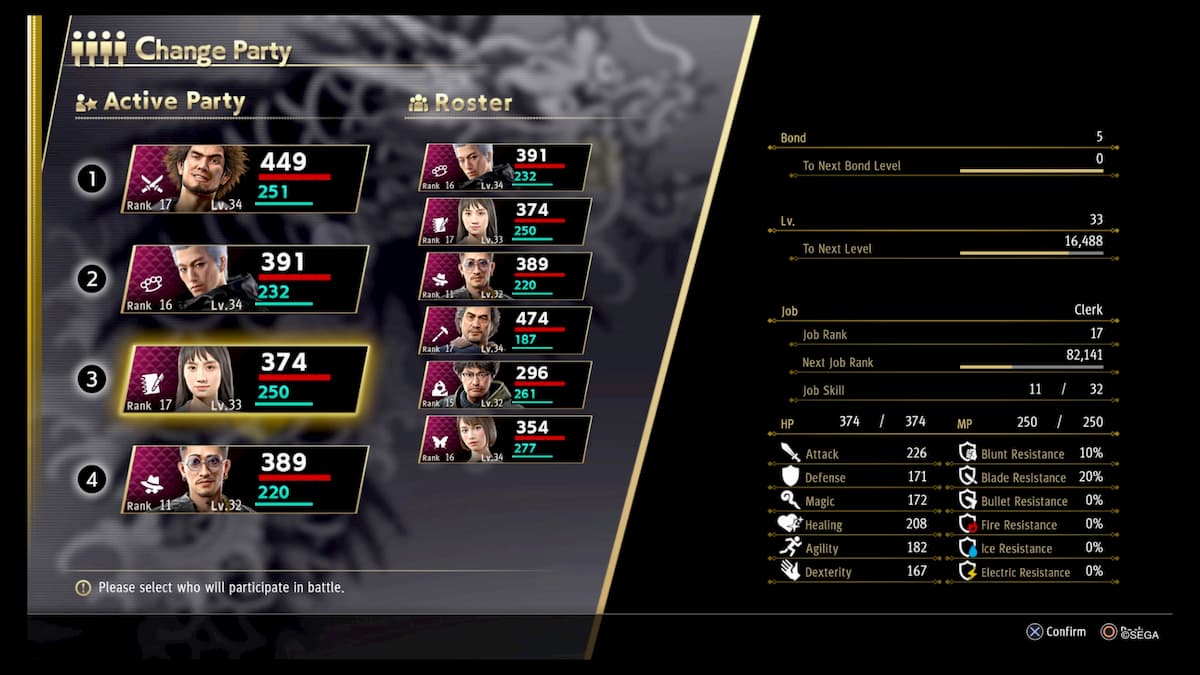 If you want to have a good experience in Yakuza: Like a Dragon, you need to think about balancing your party correctly. You can only run around and battle with four characters at once, and if they’re all dealing damage, then no one can heal properly or taunt enemies to absorb most of the damage. The game does punish you if you don’t pay attention. You also want to pay attention to your character’s stats, and you can view them on the party menu.

Here’s a breakdown of what all of the stats mean in the game.

If you’re noticing, you’re battling against certain enemy types or that they give you the most trouble, head over to the Romance Workshop to find some new gear that will prevent your characters from taking as much damage. You’ll want to visit the Romance Shop frequently, so make sure to be on the lookout for new resources you can utilize.