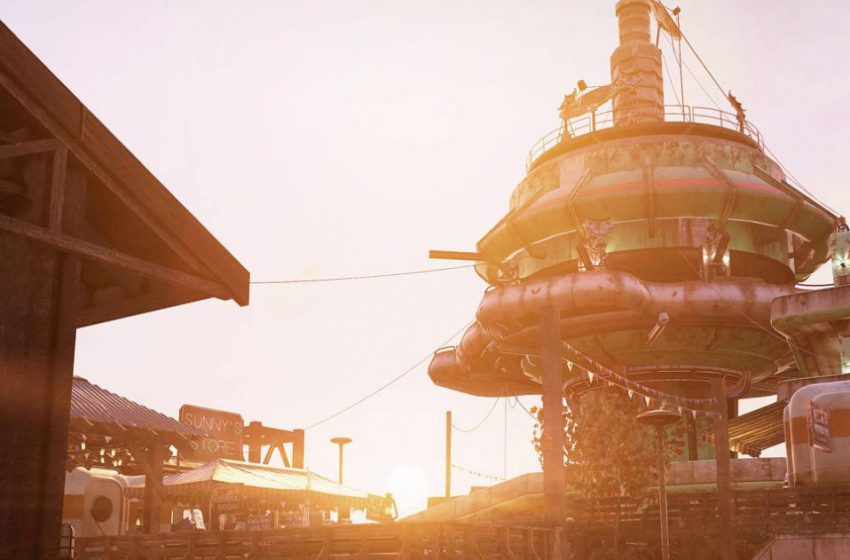 For the few of us left still exploring the Appalachian Mountains in Bethesda’s online survival RPG, we have some new information to get us excited for the game’s upcoming update.

On their website today, Bethesda revealed some information about the upcoming Wastelanders update for Fallout 76. The forthcoming update to the game is set to bring human NPC’s to the game, a new Reputation System, as well as branching dialogue. Bethesda showed us the two factions that are coming to the latest update: the Settlers and the Raiders, and screenshots of the bases for each one.

The Settlers are comprised of former union workers from Washington D.C. who have decided to make camp at Spruce Knob. As Bethesda explains in their post, the Settlers are “… a hard-working and industrious crew… well-versed in how to construct and run a city.” But even with their knowledge of how to build and operate, they still “… have no idea what challenges you and others have faced in Appalachia during the past year.” Meaning it is an excellent opportunity for us to lend a hand and maybe get something in return. Travelling to their settlement, Foundation, and speaking with their leader, Paige, can help begin to build a great and mutually-beneficial relationship.

But the Settlers are not the only new faction coming to Appalachia; the Raiders are here to stay as well. Once calling the area their home, they have returned to the land once they heard of others coming to make a home in Appalachia again. Led by Meg, the Raiders are here to take back the land that they believe to be rightfully theirs and have set up a somewhat intimidating settlement, called Crater. Any unsuspecting travelers who stop by unannounced should not expect to be welcomed with open arms. Building a relationship with this crew is going to take some smart-thinking to make a connection.

At both camps, players will find revamped locations, new vendors to trade with, and new people to speak to. But speaking with people is going to depend on your reputation with that faction. This involves the update’s new Reputation System, which Bethesda has announced they will talk about more next week.

The Wastelanders update was announced during last year’s E3, bringing with it the inclusion of human NPC’s, something the community has wanted for a while and a point of criticism for many. The update was initially planned for release in 2019, but Bethesda postponed it to this year. It is no secret that the game has had a shaky life since launching in 2018. Hopefully, this new update will be enough to bring new and old players back, as well as fix a lot of what has continued to plague the game since day one.