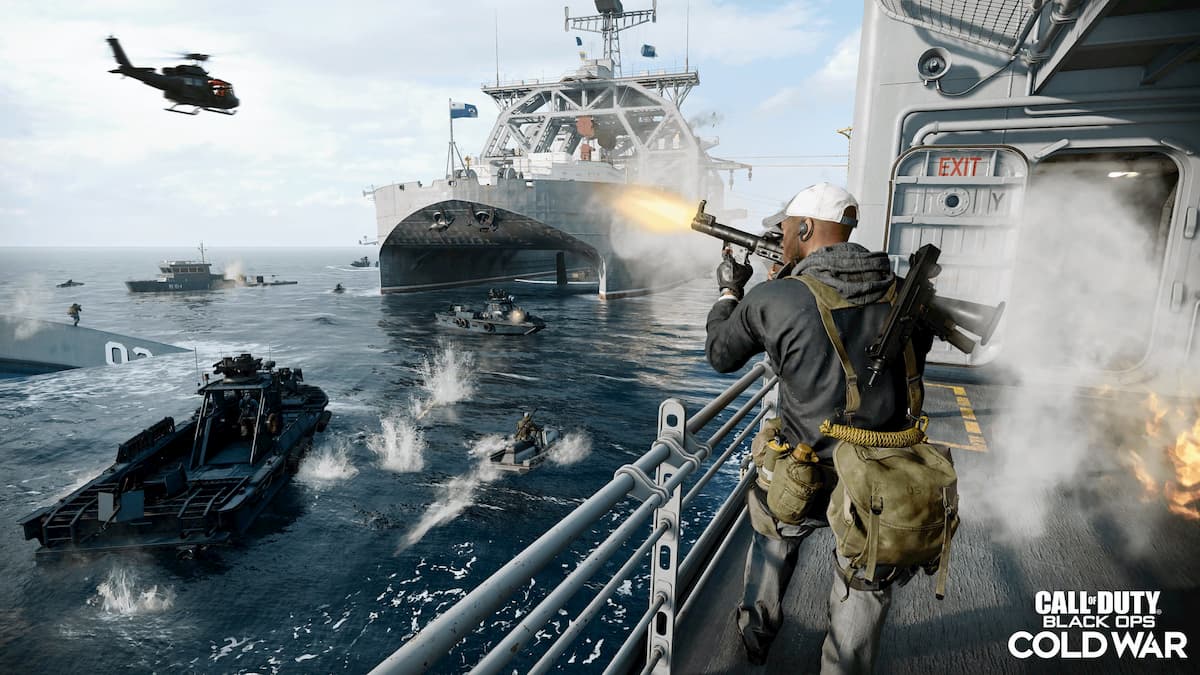 Call of Duty: Black Ops Cold War’s first season will require just a bit more waiting – and seems well worth it. Originally expected to land next Thursday, December 10, Activision announced Season One will now be ready to drop on December 16. According to the publisher, the decision to delay was made to ensure “the largest free content drop in Black Ops history.”

The bittersweet blog post revealed that not only will Season One mark the beginning of an abundance of free multiplayer content, but it will “go beyond Verdansk” with a new Warzone map and mode. It does not state if this new map will live in unison with Verdansk, or if Verdansk may soon be gone for good.

An image posted on its site suggests that the highly-rumored map, Rebirth Island, is in fact real – with it written, but blurred, above the official Season One logo. Aside from the battle royale, the post also confirmed leaks pointing to the return of the Black Ops II map, Raid, as well as game mode 2v2 gunfight. These, along with four 2v2 gunfight maps, will launch alongside the inaugural season and Battle Pass.

In the meantime, the title’s multiplayer will hold another Double XP and Double Weapon XP event from December 12-16. During that time, Cold War players will have the opportunity to preload the Season One update on December 15.

Surprisingly, the publisher did also mention an update to Modern Warfare is scheduled to come some time this month, as well, but with no details as to what it holds.