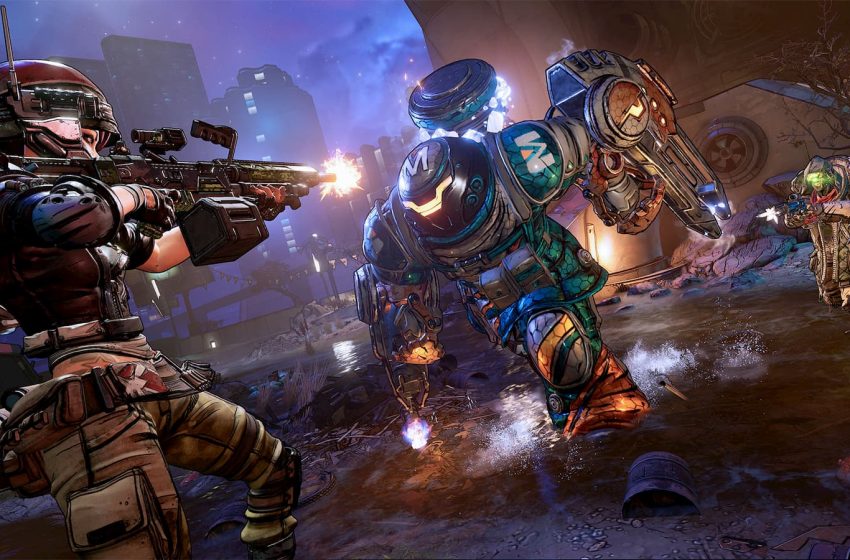 Borderlands 3 has unveiled its new takedown, which is set to launch on June 11, at 12pm PST. At 9am PST, the seasonal event Revenge of the Cartels will come to an end, preventing players from attempting to complete any of the challenges or content surrounding it. These new patch notes also detail some additional changes to the Mayhem 2.0 system, which initially had players earning the best loot in the game at Mayhem level 10.

The new Takedown at the Guardian Breach is an endgame challenge for players to take their most kitted out Vault Hunters to face another wave of hectic foes. You can choose to go it alone, or take other Vault Hunter allies with you and receive some of the best loot in the game. It’s a free addition to the game available to everyone. There’s a full breakdown about the new endgame content on the Borderlands 3 website, and even a video adding more details.

The significant changes coming to Mayhem 2.0 includes enemies at Mayhem levels 7, 8, 9, and 10 all have their stats substantially reduced, and the curve from level 7 to 10 has been reduced. In the future, you can look forward to the release of chests and vending machines supporting players who reach this level, rather than having them solely rely on enemy spawns to provide the best gear in the game.

You can read about all of these changes coming to Borderlands 3 as you wait for the release of the next piece of DLC, Old West, which should release closer to the end of June.

Resident Eridian expert Patricia Tannis has discovered a mysterious Guardian signal on the distant planet of Minos Prime and has asked that you investigate it.

While we wait for chests and vending machines to support Mayhem Level gear in the next patch, as stated in our Mayhem 2.0 Dev Update, these enemies were fixed so they support Mayhem as a stop gap.

The four changes above were made to keep Mayhem 2.0 running smoothly, and we will continue to monitor the performance of Mayhem 2.0 and make adjustments in the future. The Boundary Issues and Drone Ranger Mayhem Modifiers are continuing to go through testing and are not going to be turned back on at this time.

This week, we have a variety of gear balance changes, as promised in the Mayhem 2.0 Dev Update, and hotfixes specifically for Takedown at the Guardian Breach. To get the changes and avoid seeing any of these issues arise, make sure that you have your hotfixes applied at the main menu.

To apply hotfixes, wait at the main menu until you see a sign that says “Hotfixes Applied”! If you are experiencing any issues or want to provide feedback, please submit a ticket to support.2k.com.

As stated in the patch notes, we have adjusted the Health, Shield, and Armor stats for Mayhem Levels 7 and higher. As part of that change, we need to adjust gear to reflect that. With the decrease in enemy health, shield, and armor in later levels of Mayhem, all the gear you have currently will feel more effective as you take down enemies in those higher levels. SMGs have proven to be one of the most popular weapon types, so we’ve focused on them with this update. We decided that this amount of change was all we were comfortable with when paired with the scaling changes. We will observe player feedback over the coming weeks and likely make further adjustments as needed.

The number of viable SMGs felt low, compared to the relative depth of weapons of that type.  As a result, several them have had damage increases this week.

The base damage for the Vanquisher and its bonus damage while sliding have been buffed. Like the Ripper, its core loop wasn’t being used as the slide bonus wasn’t significant enough prior to this change.

The Ripper and Vanquisher should be very effective now when embracing their unique loops.

We found that a few pieces of gear were overperforming or not working as intended, which unintentionally pushed players into builds exclusively using them. It also allowed players to bypass the intended growth of moving up the Mayhem Levels over time.  By lowering these values and addressing some data, players should feel able to experiment with other pieces of gear.

The Sandhawk was creating too many particle systems which we found creating issues related to performance. It also was creating too much damage relative to other sniper rifles. To combat this, we’ve made the following changes.

We discovered an unfortunate issue with the Yellowcake that effectively added an extra 100% damage beyond its intended output. We are fixing it today.

The Kaoson was providing more power than intended, which made it the go-to SMG.  With today’s changes it should still provide plenty of damage that focuses on explosive damage bonuses, but not quite at the scale as in the past.

Several Anointments in the game were not providing enough value, effectively making them non-viable for players.  In an effort to increase build diversity, we are buffing a number of Anointments.