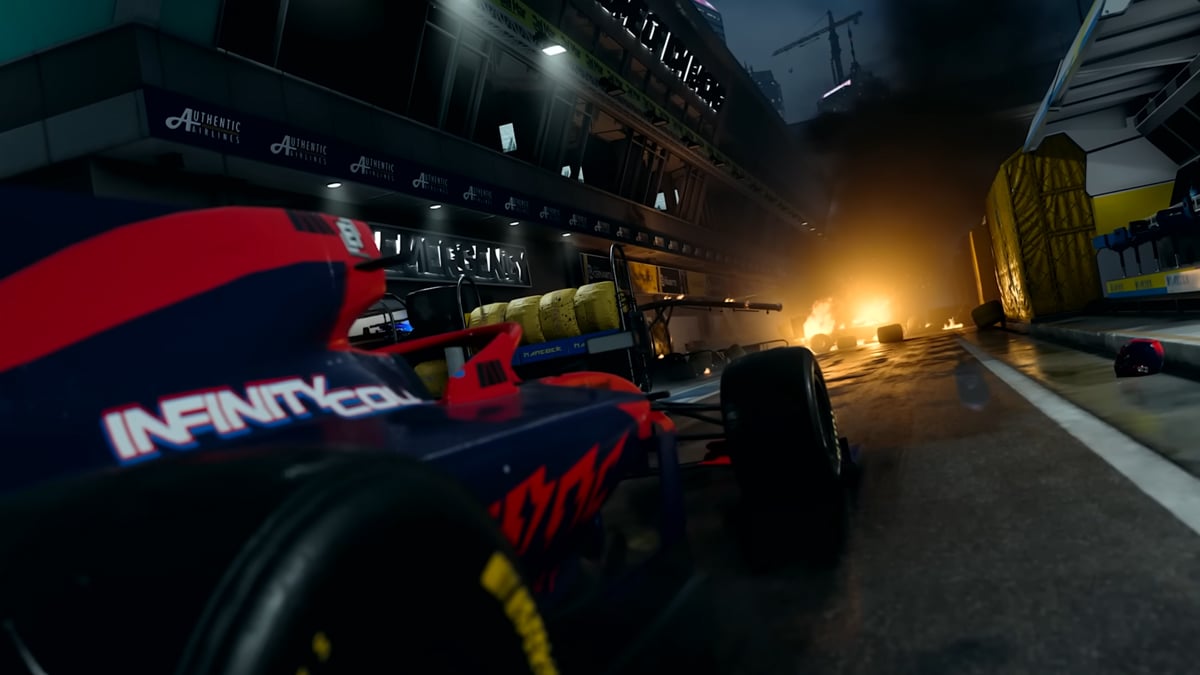 We know that Call of Duty: Modern Warfare 2’s first beta starts on September 16, but that leaves us with lots of questions over the next month and change. For example, what maps will be included in the beta? We know of at least one, and it’s a brand new idea for the series.

Marina Bay Grand Prix is a new 6v6 map for Modern Warfare 2, and it’s a racetrack. This is the first map of its kind in the Call of Duty series — Verdansk’s go-kart track was the closest thing before. Thanks to a new flythrough video, we can get a great view of the place. The racetrack itself has the points of interest you’d expect: we can see pit stops, garages, and a concourse with a souvenir shop. Cars are seen zipping along the track, which could be potential insta-kill hazards for any Operator who doesn’t look both ways before crossing. There also seems to be some kind of amusement area with a Ferris wheel beside the track, though it’s not clear how much of that is just background window dressing for the main map. Either way, it looks like an exciting addition to the multiplayer map lineup, and it’ll be ready for its first matches in the Modern Warfare 2 beta.

The Modern Warfare 2 multiplayer reveal will be broadcast the day before the beta begins, on September 15. We already know of a good number of multiplayer modes that will be featured in the game, so it’ll be good to learn more next month.

As for the full game, Modern Warfare 2’s release date is October 28. Preorders for this year’s Call of Duty title are open now, and if you put your money down, you’ll get early access to the beta in September. The Vault Edition also includes a bunch of additional bonuses, like the Red Team 141 Operator Pack and the Season 1 Battle Pass with 50 tier skips.