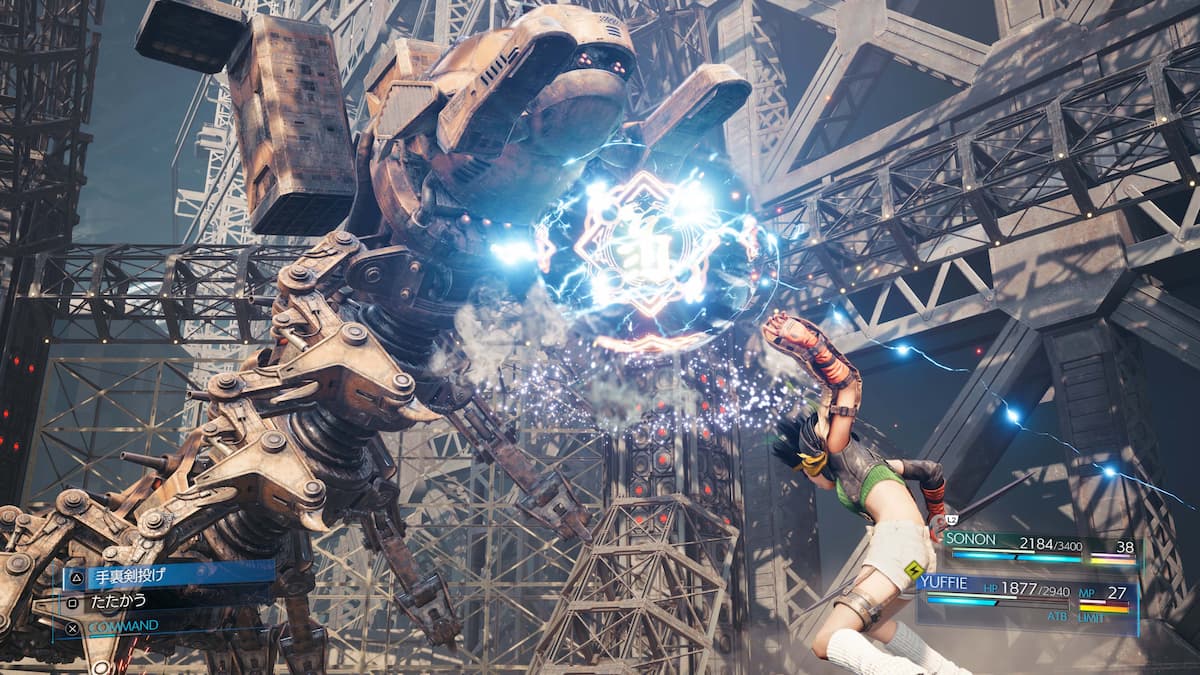 Square Enix released tons of new information today on the combat system for the upcoming DLC expansion for Final Fantasy VII Remake Intergrade, which stars fan-favorite Yuffie Kisaragi. The combat system has been broken down through both the official English and Japanese sites and details her fighting style, special skills, and more.

Yuffie is skilled at both melee and long-ranged combat through the use of her trademark shuriken. She’s able to attack continuously using the Attack command, and by pressing the square button, she can distance herself from enemies while still attacking. When her shuriken is thrown, it automatically returns to her after a set time. However, if you press the triangle button before, she flies to its current location and collects it while still attacking.

Her Unique Ability changes her Attack to “Ninjutsu.” During that time, she is able to attack with long-range ninjutsu that can be augmented with her Elemental Ninjutsu ability, which can change its affinity to fire, ice, lightning, or wind.

Another of Yuffie’s abilities, “Banishment,” unleashes an attack that does more damage based on how much ATB was spent before it. You can alternate between Level 1 through 3, and similar to her Unique Ability, its elemental affinity can be changed with Elemental Ninjutsu. Yuffie can also use her ability “Windstorm,” which creates a damaging gust of wind that damages nearby enemies and pulls them towards her.

Final Fantasy VII Remake Intergrade and its DLC will release on June 10 for PlayStation 5. Check out the game’s main and supporting cast and their voice actors, extended trailer, and all its additions and improvements.