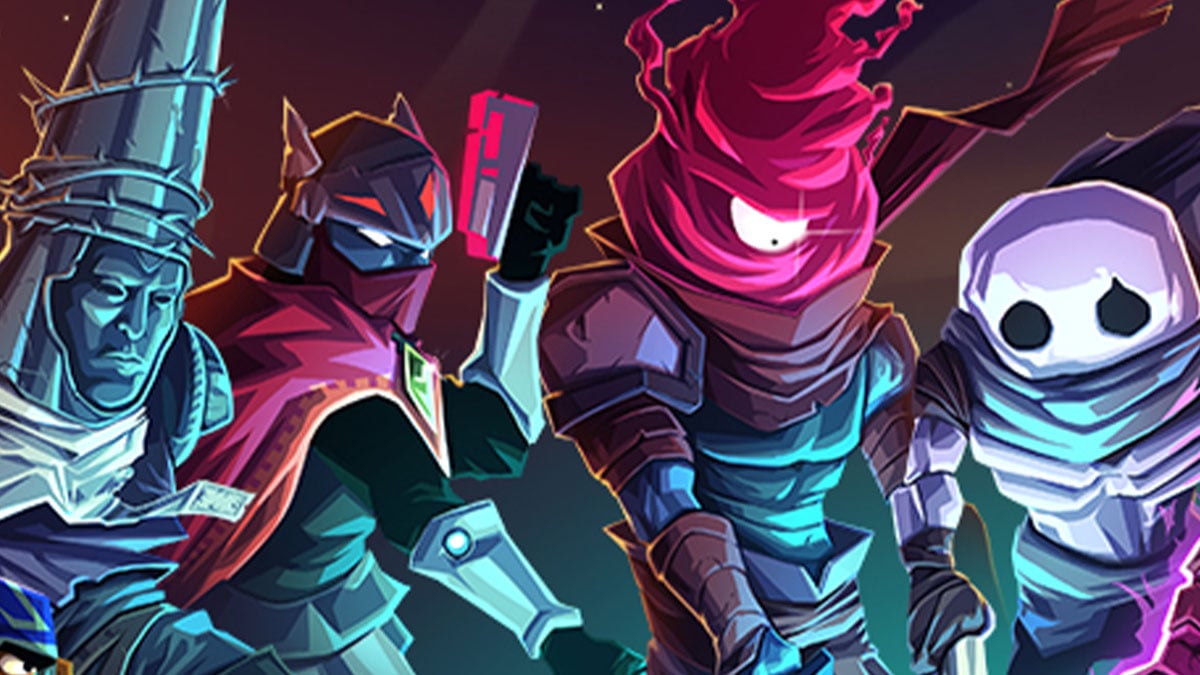 Taking the tagline from Super Smash Bros. Ultimate, Dead Cells’ Everyone Is Here update has arrived. This is the 26th major update for Dead Cells, and it brings a whole squad of indie game heroes into the beloved roguelike.

We knew we’d be getting crossover characters with this update, but they’re bringing new weapons and skills with them too. The new skins can transform you into the likes of The Penitent (Blasphemous), Caradog McCallister (Curse of the Dead Gods), Juan (Guacamelee), The Knight (Hollow Knight), The Drifter (Hyper Light Drifter), and Skul (Skul: The Hero Slayer). The Penitent’s Face Flask regenerates health, while Juan’s Pollo Power turns you into a chicken that lays explosive eggs. The Knight’s Pure Nail has a downward attack that can bounce you off enemies, and Skul’s Bone weapon creates whirlwinds. The Drifter and Caradog both bring a pair of weapons to the table: The Drifter’s gun can mark enemies, which then take critical damage from the accompanying sword. Meanwhile, Caradog’s machete slashes enemies before a pistol attack bumps them backward. You can see those in action in the flashy new trailer.

The update is out today for the PC version of Dead Cells, “with consoles to follow shortly later this year.” Special “lore rooms” will connect you to the worlds of the aforementioned characters when they randomly appear during a run, so be on the lookout for those once you update your game. Along with the indie squad comes a good number of bug fixes and quality-of-life improvements. The full patch notes detail an internal log system to help developer Motion Twin better track what it needs to improve in the future, but this won’t affect gameplay at all.

The Everyone Is Here update is the latest in a long line of additions to Dead Cells. Recently, something of an “easy mode” was added thanks to a new feature called Aspects. We expect to see even more new content in the future.