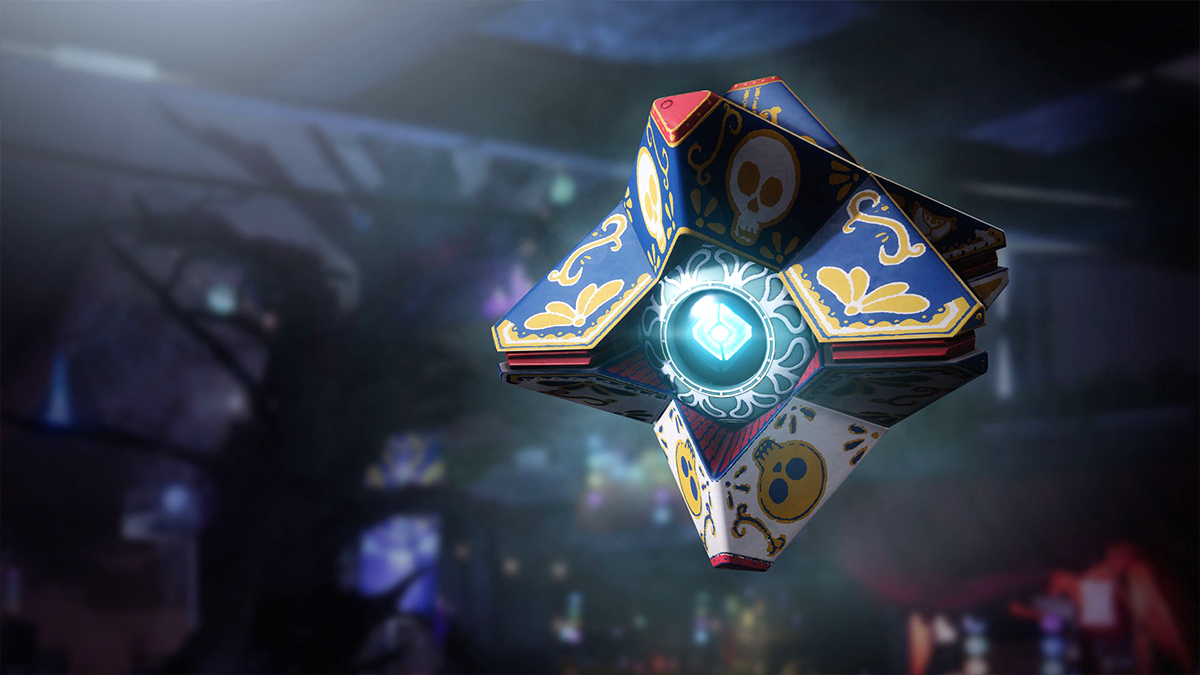 Festival of the Lost is Destiny 2’s annual Halloween celebration. In previous years, it’s given Guardians special treats like a haunted forest to explore, masks to wear, and plenty of cosmetics to try on. Now we know at least one of the rewards we’ll be getting as part of this year’s festivities.

Revealed in the latest This Week at Bungie post, a Día de los Muertos (Day of the Dead) Ghost skin is on the way. As stated on the blog, “diversity and representation is not only important in the worlds of Destiny 2, but throughout our real-life community.” As such, the Calavera Ghost Skin was created in collaboration with artist Luis Yepez. It sports some beautiful colors and patterns spread across the many angles of the Ghost.

The Calavera, Spanish for “skull,” is a symbol of the Day of the Dead, a Mexican holiday meant to celebrate and honor the lives of family members who have passed away. Decorative skulls and skeleton face paint are par for the course, and sugar skulls are a common snack during the celebration. Eating your Ghost probably isn’t a good idea, though.

As for Festival of the Lost, the spooky celebration will kick off on Tuesday, October 12. The Calavera Ghost Skin will be available then, alongside other cosmetics and rewards. We’ll have to wait to see what else Bungie has cooked up for the event.