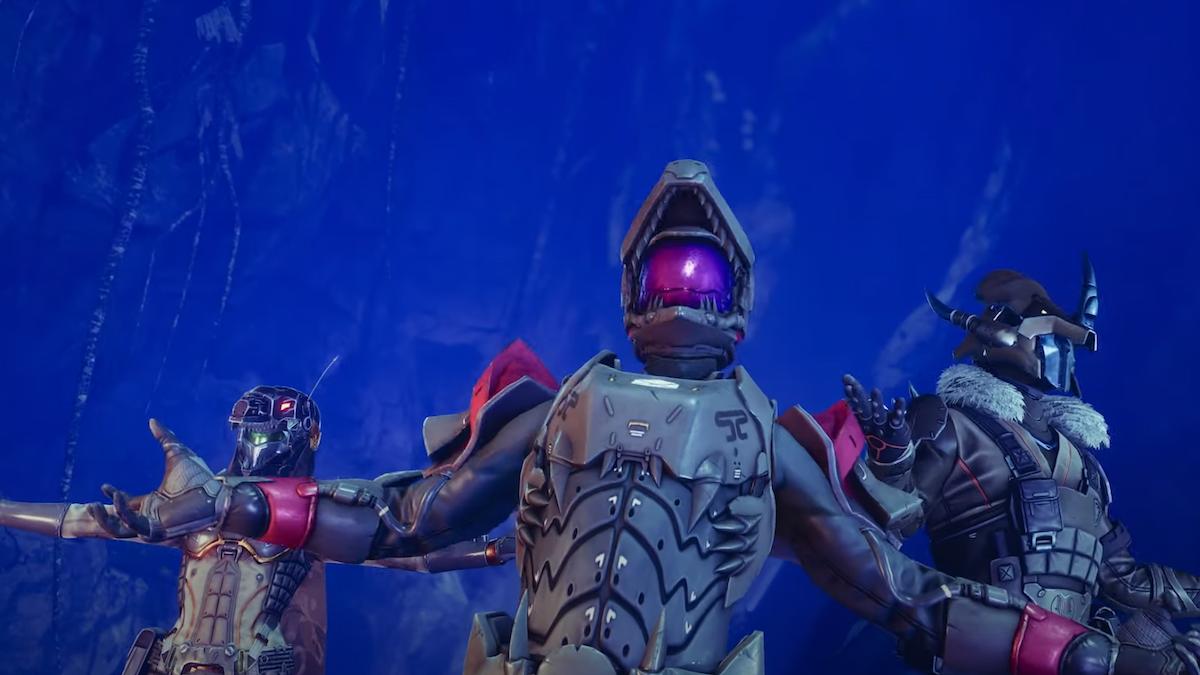 Bungie debuted a new trailer this morning for Destiny 2’s yearly Festival of the Lost event, which will run from October 12 through November 2. As with previous events, this year’s seasonal event looks to be rife with all sorts of Halloween-esque festivities.

Based on the trailer, the upcoming event will be partially themed around dinosaurs. The trailer showcased a trio of guardians donning dinosaur-inspired armor and also revealed the event’s exclusive weapon to be the Jurassic Green pulse rifle.

But more traditional Halloween hallmarks were also on display. The trailer featured a new enemy type, the Headless Ones — hostile, pumpkin-headed forces seemingly inspired by the tale of the Headless Horseman. These new foes “are endlessly searching for their lost ghosts” and are filled to the brim with loot, according to the trailer. Furthermore, the Headless Ones will also be a part of the festival’s Haunted Sectors activities, per Bungie’s website.

The new dinosaur armor sets revealed here are the result of a community vote held earlier this year to determine whether Festival of the Lost’s armor ornaments should be themed after dinosaurs or monsters; Bungie announced back in March that dinosaurs won by an overwhelming margin.