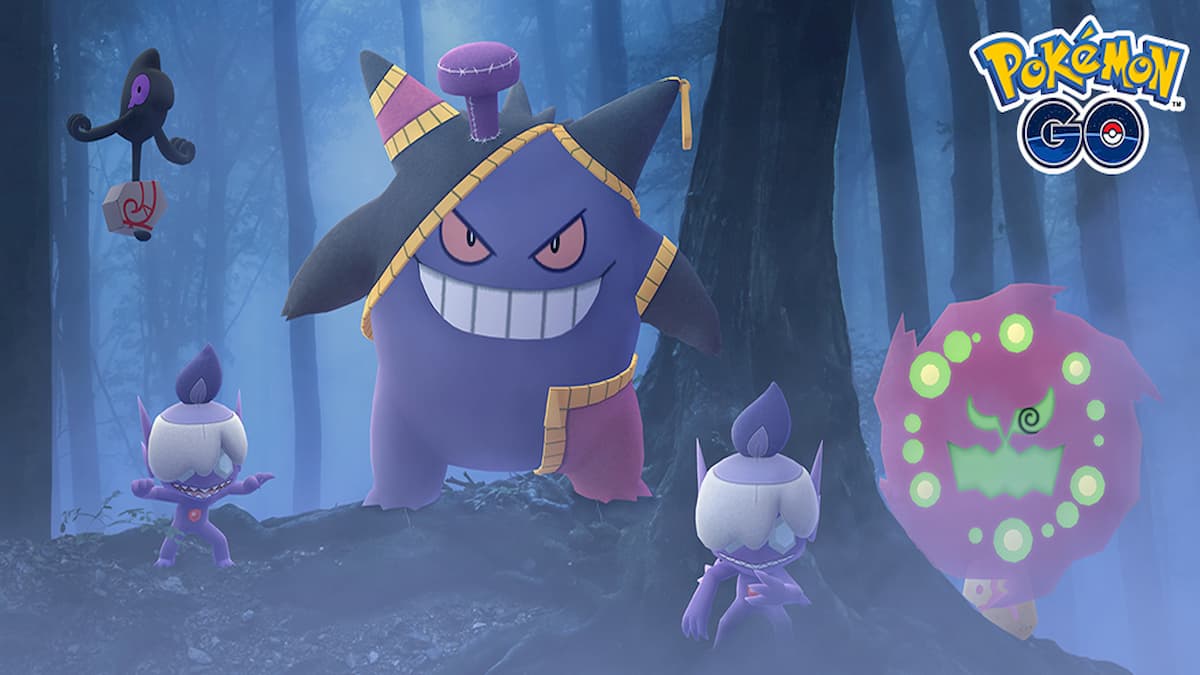 It’s that time of year again where Pokémon Go celebrates Halloween. The Halloween 2020 event kicks off on October 23 starting at 6:00 PM PT and ends on November 3 at 6:00 PM PT. There’s a lot going on, so you want to make sure you participate as much as you can, but be careful in the dark.

Here’s everything coming to the event.

These are all of the Pokémon that have increased spawns. They’re primarily Ghost-type.

There are two Pokémon costumes available during the event you capture—Gengar in a wrapped costumed and Sableye in a Litwick costume. You can encounter these two exclusively in raids.

All trainers will receive various bonuses throughout the Halloween 2020 event. Everyone will earn twice the candy for transferring Pokémon and twice as much candy for capturing one.

Darkrai is returning as a five-star option for players to encounter, and it’s already shown up before the event happened. You can battle it out in the world if you and your friends can work together to take it down. When you catch it, here’s the best moveset.

A Special Research will arrive on October 25, starting at 8 AM and continues until 10 PM. It’s called A Spooky Message Unmasked and gives you the chance to capture a Galarian Yamask for the first time, but that’s the only way to catch it. Make sure you act fast. If you completed the Mega Buddy Challenge, you could earn Mega Gengar candy during it.

Mega Gengar is making its debut during the event. You will be able to fight it in Mega Raids and earn Mega Gengar energy to Mega-Evolve it. We have an idea of what the best movesets are going to be, along with the standard Gengar.

On Saturday, October 31, Alolan Marowak will be spawning more frequently all over, from 11 AM to 5 PM in your local time. We’re suspecting that it will learn shadow bone as a raid exclusive, so set time aside to catch it.

The Pokémon Go battle league is hosting a limited-time Halloween Cup on October 26 at 1 PM PT until November 3 at 1 PM, so nearly the entire Halloween 2020 event. You will only be able to use Bug, Poison, Ghost, and Dark-type Pokémon that are no stronger than 1,500 CP. You’ll be able to earn Bulbasaur, Charmander, and Squirtle in costumes for a reward.