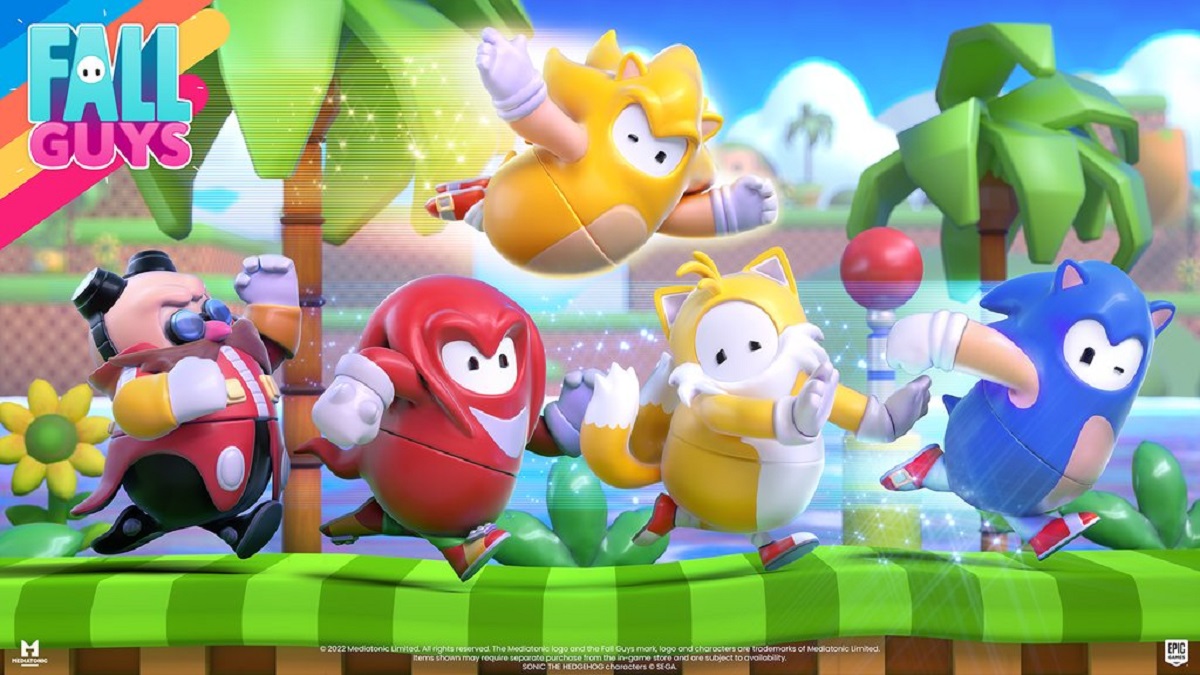 Today’s Fall Guys announcement isn’t much of a surprise since most of the details were leaked last month thanks to datamining. If you managed to avoid that leak, however, and are a Sonic the Hedgehog fan, you’ll be pleased to know that the franchise is crossing over into Fall Guys again this week and is adding even more Sonic-themed content.

Aside from the Sonic and Knuckles costumes making a return, you’ll be able to acquire costumes based on Tails, Dr. Eggman, and Super Sonic. The aforementioned datamine also leaked a new map called Bean Hill Zone, which is very obviously inspired by the iconic Green Hill Zone from the first Sonic the Hedgehog game.

It’s not a linear obstacle course level though, and more of an open arena, one filled with rings. It turns out the rings are for a new type of Round, as explained by Mediatonic, where you simply need to collect as many rings as possible.

You can unlock further rewards depending on how many points you earn during the Round. 200 unlocks a Bean Hill Zone nameplate, 600 unlocks a Bonus Rings Pattern costume, and if you manage to get a 1,000, you’ll receive Sonic’s own sneakers. A Sonic Foot Tap emote will also be sold in the in-game store along with the character costumes.

You’ll only have five days to try and unlock everything, however, as the crossover begins this Thursday on August 11 and ends on the Monday, August 15. Hopefully, Mediatonic will eventually bring the costumes back in the future in case anyone does miss out on them, like it’s done with the Sonic costume and others.

Fall Guys is almost beginning to rival its sister game Fortnite with how many other franchises it’s crossed over with. Aside from other video games, such as Fatal Fury and Among Us, it’s even received costumes from Disney movies and real-life wrestlers.