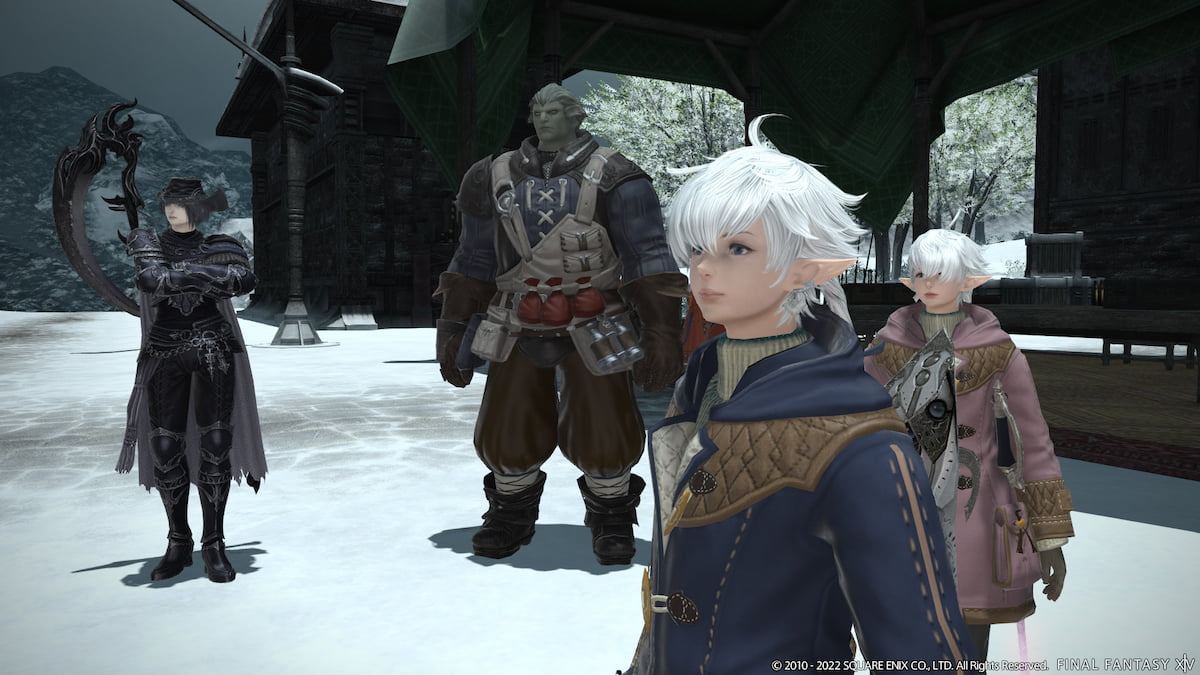 With the start of 2023 nearly upon us, the Final Fantasy XIV team has graced us with the formal announcement regarding the next upcoming patch, 6.3. It will officially be called Gods Revel, Lands Tremble, and along with continuing the Main Scenario Quest, players are going to receive a new dungeon called Lapis Manalis, with a Reaper-themed boss encounter and an alliance raid that will be the second part of the Mythos of the Realm series that released in patch 6.1.

The Lapis Manalis dungeon will take place in an abandoned village of Garlemald, where the residents practiced reaper arts. We have an image of one of the bosses in the upcoming dungeon as she wields a massive reaper scythe. Beyond this image and the snowy mountains of Garlemald, we’ll have to see for ourselves what lies ahead in the Lapis Manalis encounter. Unfortunately, we have no details about the alliance raid Mythos of the Realm, Part 2: Euphrosyne, but we can only hope it keeps up the themes from the previous one, where players could earn god-like golden armor sets.

This long-awaited patch will also come with additional housing wards to help with the ongoing Final Fantasy XIV housing crisis. The plan laid out by game director Yoshida Naoki is to bring in six additional wards and subdivisions to each neighborhood, bringing the total up to 1,800 new homes per server in the game. This was the original plan laid out earlier this year, but the patch outlined notes for 6.3 only showed that a housing update is coming, with no formal plans announced by the team.

The smaller notes weaved into the update include additional duty support, Island Sanctuary updates, an Ultimate Raid arriving in patch 6.31, more Manderville weapons coming in patch 6.35, and Hildibrand Adventure quests, along with a slew of mounts, minions, and emotes for you to collect.

Despite having a formal name for the upcoming patch, it is essential to note an official release date has not been slated. However, it will still be arriving sometime in early January 2023.