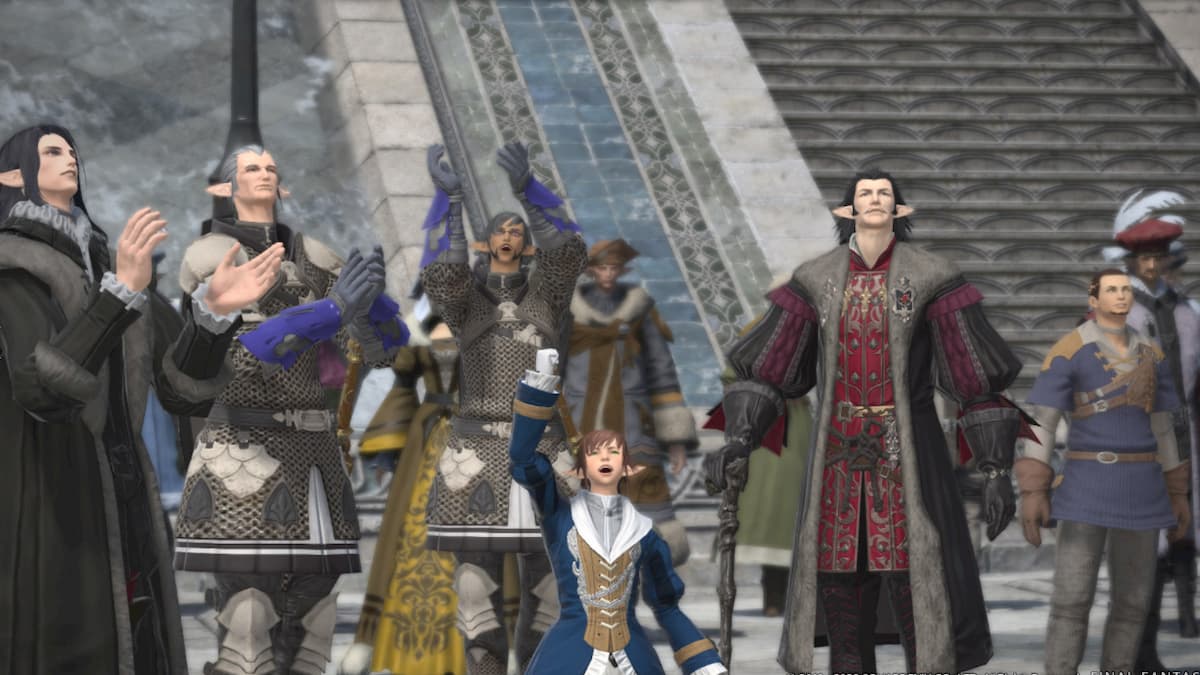 Final Fantasy XIV’s patch 5.41 will not only introduce new Skybuilder Rankings, but will also give players more choices when it comes to customizing their character. New screenshots have been released, giving us a taste of what rewards we can expect once the patch finally goes live.

This update will bring in another addition to the Ishgard Restoration questline. In this installment, players will be tasked with building a cultural district for dragons and people to work and live together. The new cosmetics showcase players who are scavenging and trying to rebuild the destroyed city.

Along with this new cosmetic set is an emote of players sweeping up the city, and finally a new mount straight from the coast will also be crab-walking its way into the update.

These are just quick glimpses as to what is waiting for us in the new update so expect plenty more rewards once the patch goes live. While the Skybuilder Rankings were originally thought to go live later this month, this patch will actually be released on January 12 on PC, Mac, and PlayStation 4 and 5.