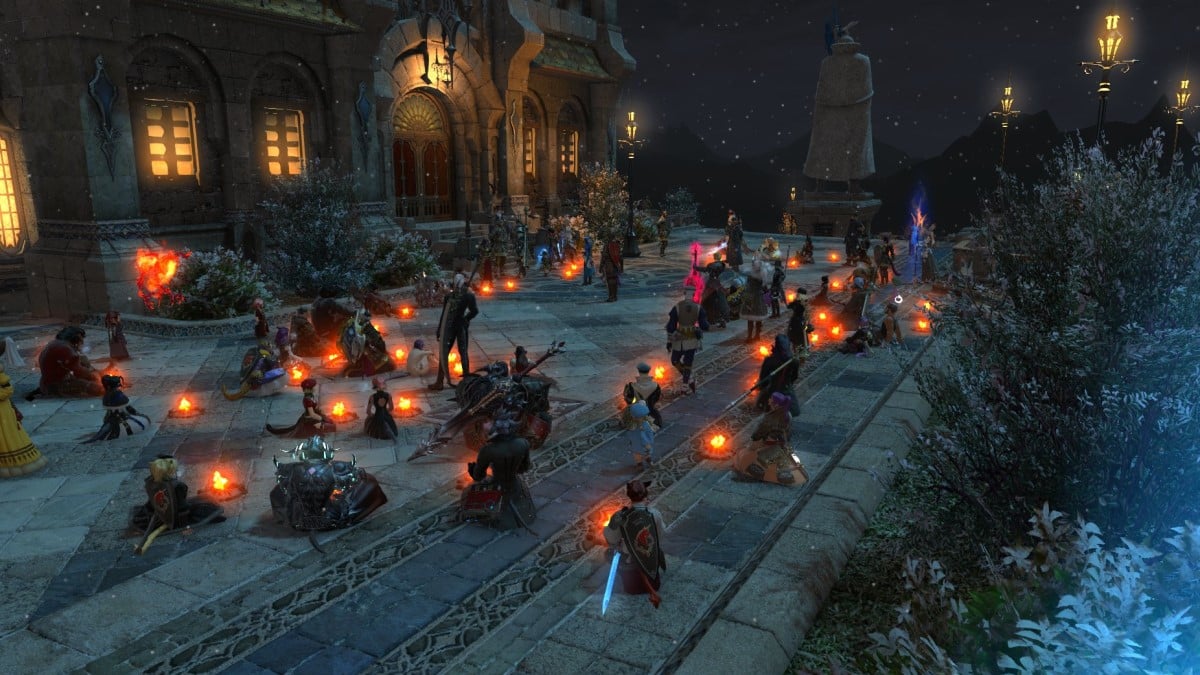 In response to the untimely passing of British actor Stephen Critchlow, Final Fantasy XIV players have been gathering to hold vigils at the home of the character Critchlow played in the game, Count Edmont de Fortemps.

Critchlow, who was just 54, was best known among gamers for his role as the Count in FFXIV, but also lent his voice to many other games, including World Of Warcraft, Xenoblade Chronicles, Dragon Quest Heroes, and Star Wars: The Old Republic. He’s also familiar to fans of sci-fi TV shows and audio dramas, having worked on the likes of Doctor Who, Torchwood, and The Infinite Worlds Of H.G. Wells.

Final Fantasy XIV has a reputation for having the friendliest, most respectful community of all MMORPGs, and these vigils, taking place across almost all of the game’s servers, show that this reputation is well-deserved. There have been no reports of any players exploiting, raiding, or otherwise disrupting the vigils. Given Square-Enix’s zero-tolerance policy on abuse, any such behavior would result in an immediate and permanent ban.

Critchlow’s cause of death has not been made public, although he had been experiencing ill health for some time. In January 2020, he suffered a stroke, and later produced a dramatized account of his recovery titled At The First Stroke, which he used to promote a Just Giving Campaign to raise money for the UK’s National Health Service. The campaign is still open and currently experiencing a flood of donations from Final Fantasy XIV players.