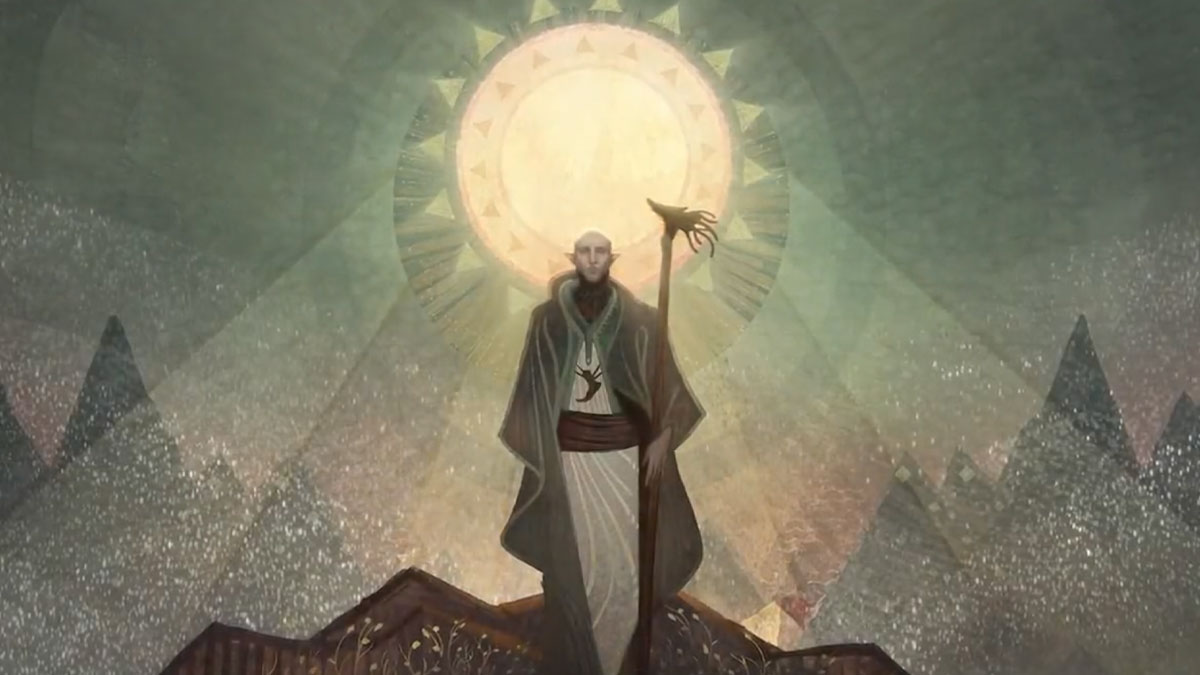 The next game in the Dragon Age series is Dreadwolf. That’s a loaded name for many fans of the series, while others might be wondering who the Dreadwolf is. A new cinematic — the first one for the upcoming RPG — provides the answer while building hype for the game.

To celebrate Dragon Age Day, the series’ official Twitter account shared an “in-game cinematic from Dreadwolf.” The minute-long animation focuses on the titular villain while focusing on his influence on the Dragon Age timeline. “I knew him as Solas, a thoughtful mage obsessed with dreams,” a voice recounts, “but long ago, he had a different name: Fen’Harel, the Dreadwolf.” The narrator goes on to describe how the trickster god imprisoned the elven gods and separated the living world from the Fade. Apparently, he’s looking to reverse that move in the next game, aiming “to tear down that veil” that separates the realms.

Fans know Solas of course, but they’ll also most likely recognize the voice narrating the cinematic. It’s Varric Tethras, a dwarf party member from the second and third games in the series. “We’re the only ones who can stop [Solas],” Varric says at the end of the cinematic, establishing that he will be returning for this game too. The cinematic itself serves as a quick bit of setup, and we can foresee it being used as the opening of the game itself.

The main question is, when is the release date for Dragon Age: Dreadwolf? We have no idea, though late 2023 has been speculated as the release window. The game has reached its alpha milestone according to BioWare general manager Gary McKay, but that still leaves it several steps away from its final form. Perhaps we’ll see more soon though. The Game Awards 2022 air this week, and the show has been the home of Dragon Age news in the past.