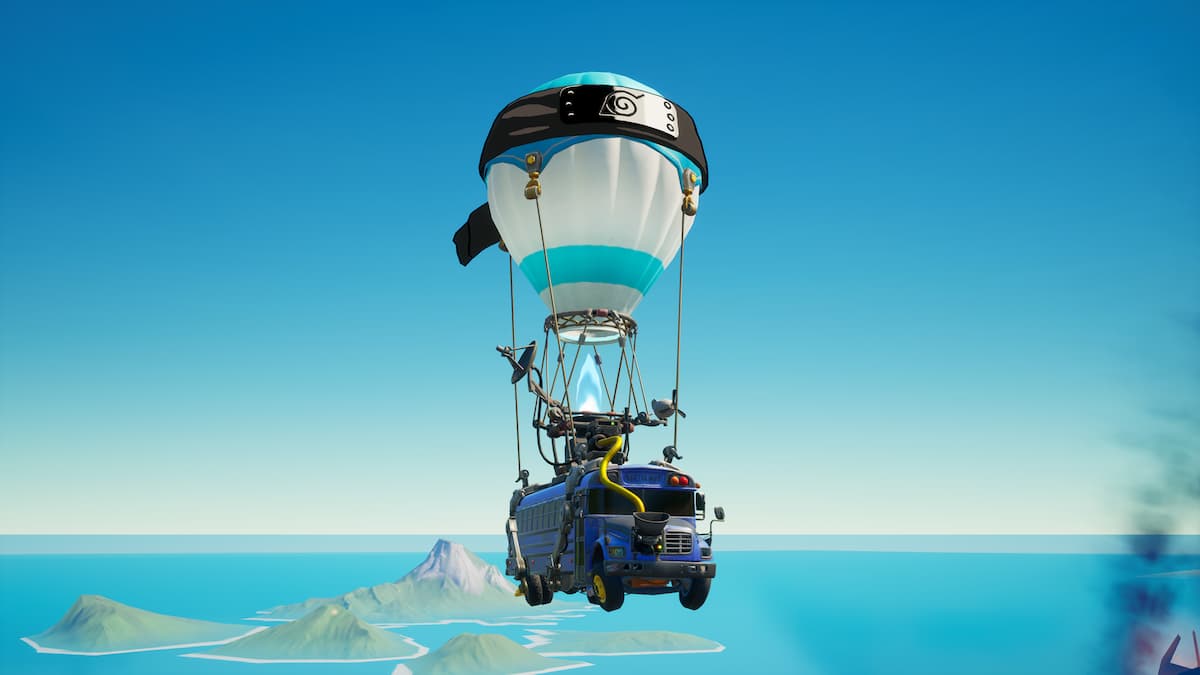 Shenanigans on the Fortnite Battle Bus will no longer be tolerated, as the bus is now adorned with a Naruto headband. We can only assume that this means the bus has mastered martial arts and is prepared to put rowdy passengers in their place.

The change comes as part of the Naruto X Fortnite event, which includes Kakashi appearing on the map as an NPC, with new items and challenges for players to complete. The Item Shop is also filled with new Naruto skins and items for players to purchase. They include skins for Naruto, Kakashi, Sasuke, and Sakura. This also includes some fun alternate styles, along with some harvesting tools and special emotes.

This Naruto crossover is absolutely perfect for Fortnite and confirmed whatever one already knew, that anime-style skins would look fantastic in the game. Fans of the Naruto series will be very happy with the skins on offer here. Don’t forget to track down Kakashi near Lazy Lake soon and finish up his challenges before the end of the season if you want to get all that lovely experience for your Battle Pass.