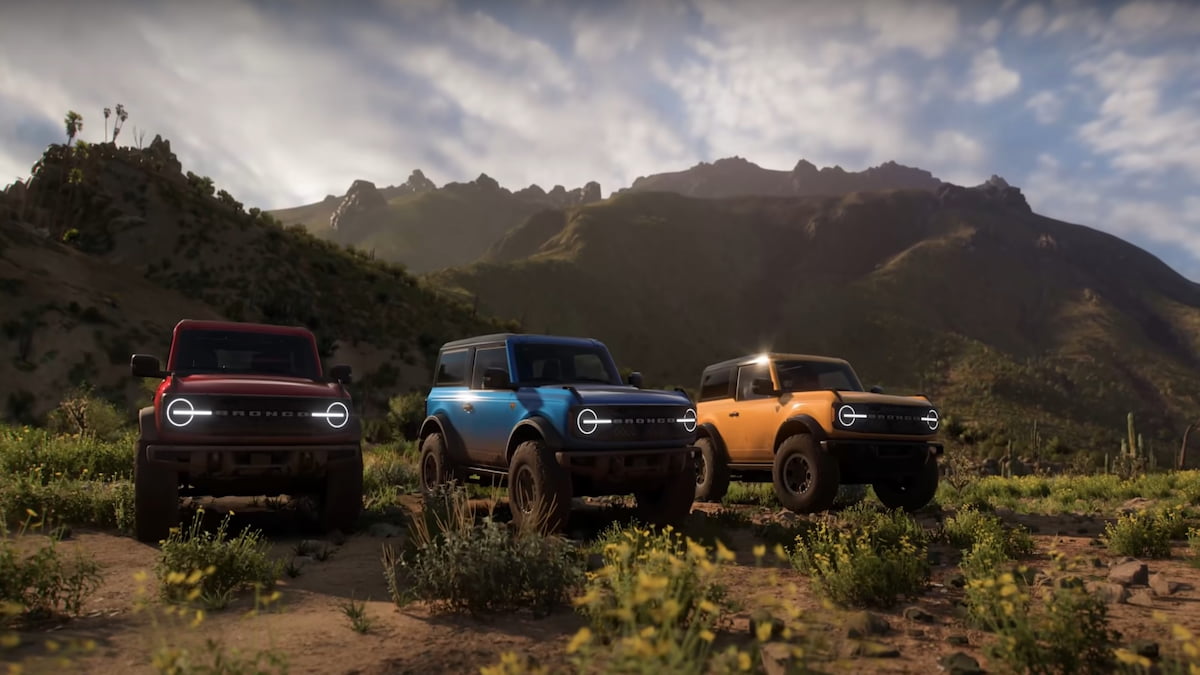 Coming off a particularly rocky week of game-breaking bugs and visual hiccups, Forza Horizon 5 looks to bounce back with the announcement of all new cars. The big reveal came yesterday, during their “Forza Horizon 5: Let’s ¡GO! – Series 2 and 3 Update,” where Playground games announced 24 new vehicles racing onto Horizon 5.

Players will get their hands on these cars throughout Series 2 and Series 3. For players new to Horizon 5, Series are four-week events that cycle through Horizon’s in-game seasons. Each week, players will encounter brand-new events, championships, and rewards specific to that season. On top of that, each time you complete an activity related to the Series, you earn Forzathon points. You can then spend these points on emotes, wheelspins, or even special cars, like the ones unveiled on their stream.

Speaking of the cars, some notable vehicles included in Series 2 are the Peel P50 and the Peel Trident. Although these cars won’t be breaking any speed records, the three-wheeled fan favorite from Horizon 4 and its futuristic-looking sibling should be a blast to drive. In terms of the rest of the cars in Series 2, you’ll find them listed below:

Now, onto the Series 3 reveals. Although this Series doesn’t have the fun-filled Peels, the influx of Toyotas and the addition of the striking Donkervoort D8 GTO are sure to add some entertaining driving experiences. On top of that, the thing Series 3 has going for it is the variety, as you can see below:

Players will gain access to Series 2 on December 9th. Then, following the completion of the four-week event, it will be replaced by Series 3.