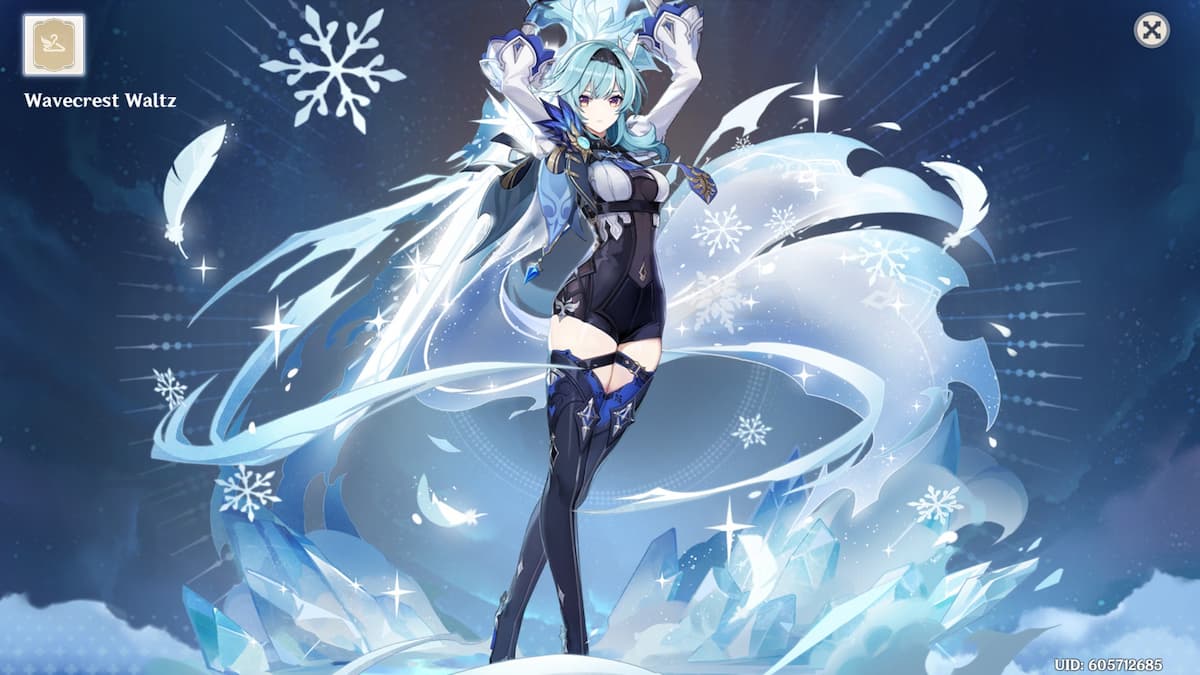 A new leak has appeared on /r/Genshin_Impact_Leaks, revealing the full banner for the upcoming Albedo and Eula re-run in Version 2.3. This includes the 4-stars that are set to appear alongside the 5-star characters, as well as the weapons on the Limited Weapon Banner.

These leaks come from a Russian leaker named “Mia,” and the leak was reposted by the popular Genshin Impact community Wangsheng Funeral Parlor (WFP). According to /u/Bobson567, one of the moderators from /r/Genshin_Impact_Leaks, “WFP don’t consider ‘Mia’ specifically to be reliable but they consider this specific leak to be correct.

The 4-stars who will reportedly appear with Albedo and Eula are Rosaria, Noelle, and Bennett. Rosaria is a 4-star Cryo Polearm, Noelle is a 4-star Geo Claymore, and Bennett is a 4-star Pyro Sword user. The 5-star weapons will be the Freedom Sworn and Song of Broken Pines.

Meanwhile, the 4-star weapons will be Alley Hunter, the Lion’s Roar, the Dragon’s Bane, the Wind and Song, and the Sacrificial Greatsword.

It’s important to note that these are still leaks from an unverified source. While WFP considers these leaks to be reliable, anything is subject to change until Version 2.3 officially drops. Use these leaks as a guideline to plan out whether or not you’ll pull on the banners or not.