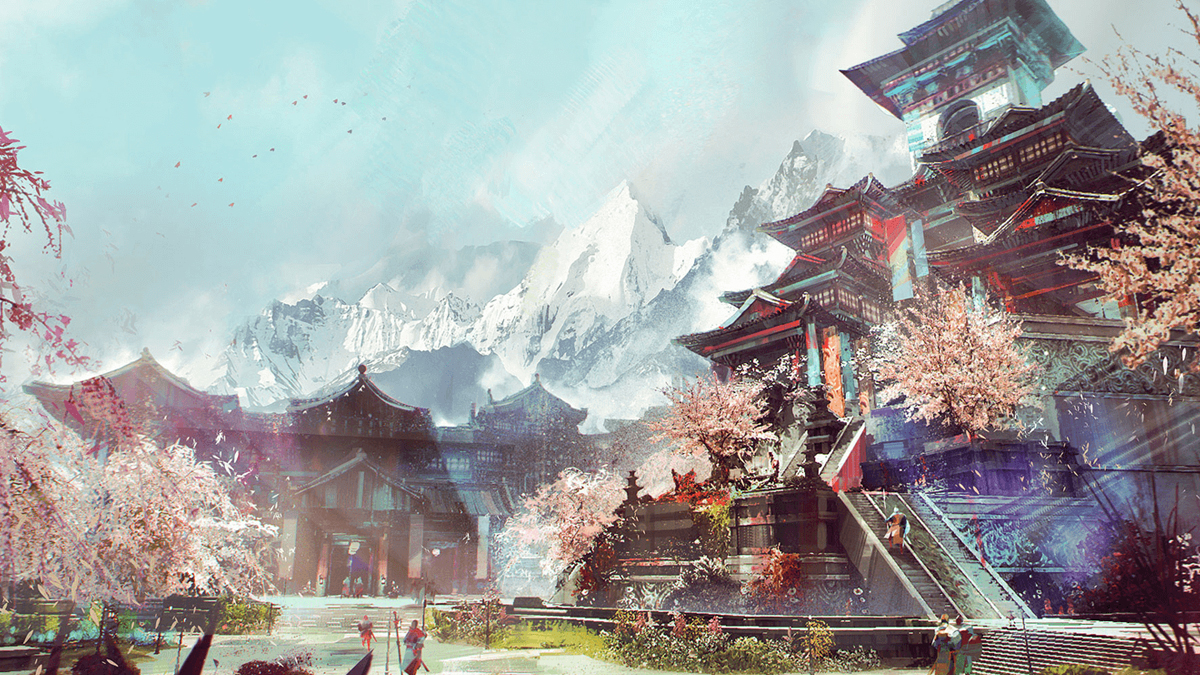 Shing Jea Island is one of the newest areas players can explore in the upcoming Guild Wars 2: End of Dragons expansion. Described as “a harbor of tranquility and peace,” the beautiful region was revealed in a stunning new trailer.

Set on the continent of Cantha, Shing Jea Island is home to the Empire of the Dragon. A fitting title that coincides with the End of Dragons content. The area is inspired by East Asia cultures and is where many famous Tyrian heroes started their journey. Players will travel through vibrant green jungles, mountainous terrain, and fish along quaint shorelines overlooking the breathtaking city. Shing Jea Island is also where you’ll find Shing Jea Monastery.

The new area is located southwest of mainland Cantha. However, it is not the first time players will have visited Cantha. It made its first appearance in the Factions expansion pack.

Players who pre-purchase Guild Wars 2: End of Dragons will receive a Shing Jea Mosaic Cape, the “Prodigy of Shing Jea” title, and a Flame Serpent Weapon Chest. The developers have been teasing content such as Elite Specializations and new vehicles called skiffs as well. Players can also jump into The Shadow of the Mad King event through November.

The End of Dragons expansion releases in February of 2022.