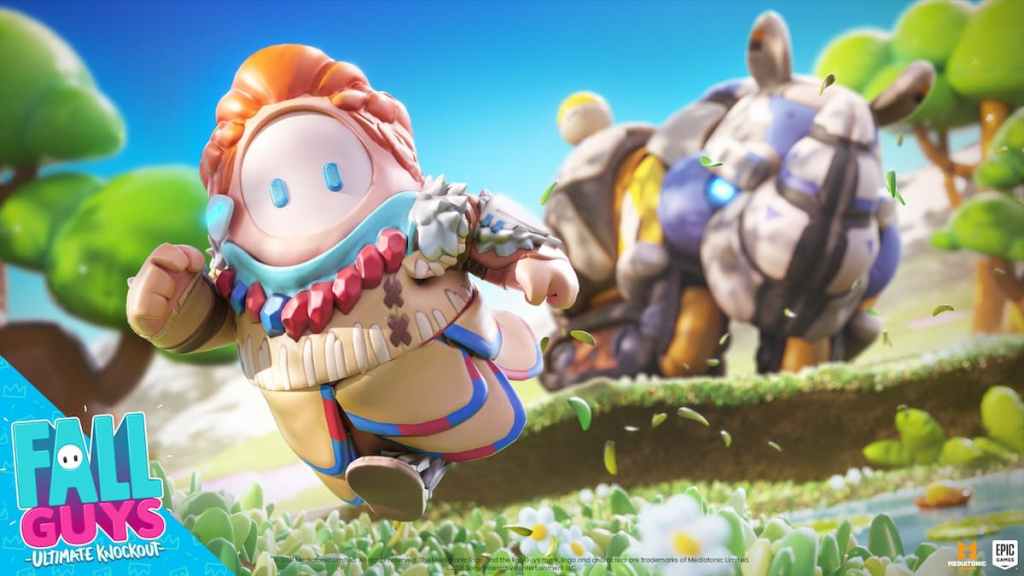 Fall Guys: Ultimate Knockout enjoyed a healthy level of success when it was released in August of last year on PlayStation 4 and PC. Launching day one on PlayStation Plus undoubtedly had an impact on its word of mouth, leading to a steady community with plenty of wacky collaborations over a year later. Sometime soon, a new PlayStation mascot will be joining that roster.

Aloy from Horizon: Zero Dawn is coming to Fall Guys: Ultimate Knockout. The official Fall Guys Twitter page posted an image of Aloy in a forest environment running from a mechanized rhino, which appears to be loosely based on the game’s behemoth enemy type. The creature’s design is much more cutesy, adding tiny ears and a rounded snout for a closer resemblance to the real-life creature the behemoth is based on. A release date for Aloy has not yet been revealed.

Aloy joins other PlayStation mascots like Sackboy in addition to platform-agnostic characters such as AiAi from the Super Monkey Ball franchise. Fall Guys: Ultimate Knockout recently began its sixth season, adding five new rounds to the obstacle course-driven madness along with the usual cosmetic rewards. Fall Guys is currently on PlayStation 4 and PC with Nintendo Switch and Xbox ports planned for next year.