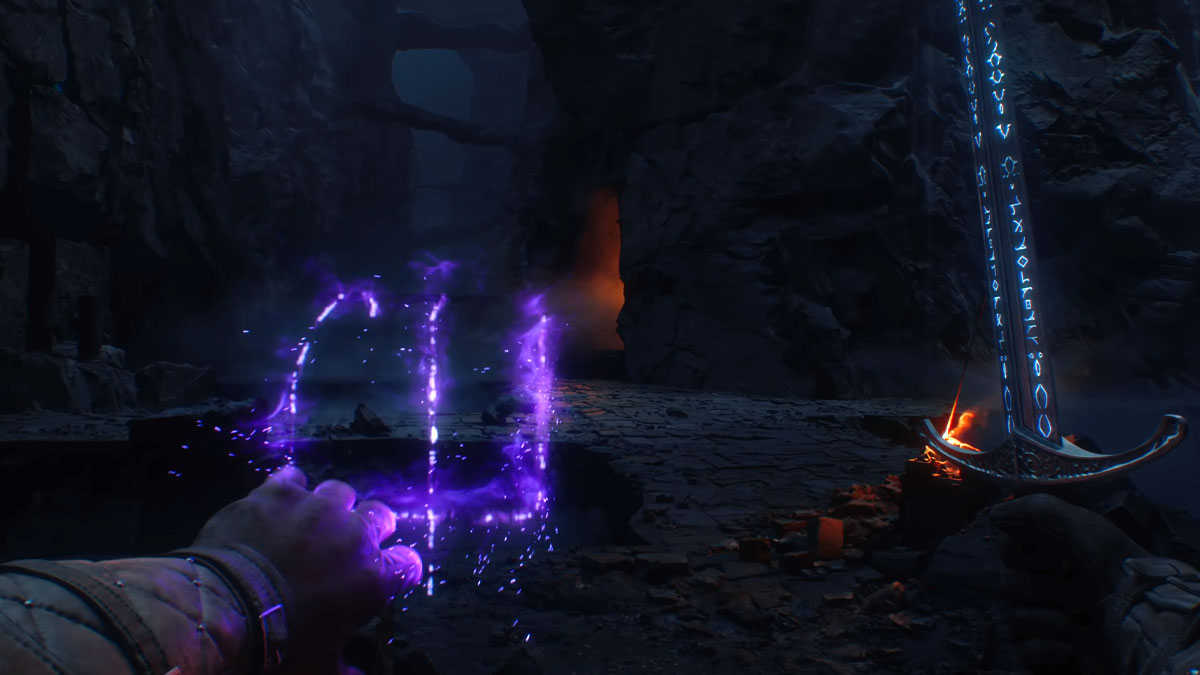 At this point, everything we know about Avowed, the next RPG from The Outer Worlds and Fallout: New Vegas studio Obsidian, is pretty limited. It’s been two years since the game was announced, so we’re overdue for some new info. At the very least, we just got ourselves a new leaked screenshot.

It shows a character casting a spell from the same first-person perspective that was promoted in Avowed’s reveal trailer back in the summer of 2020. That POV works well from the limited footage we’ve seen because characters weave spells with deliberate hand movements before casting the effect. There’s not much else to glean from the screenshot, which was shared by Windows Central’s Jez Corden before being deleted. As mentioned on the Gaming Leaks and Rumors subreddit, the image was fortunately saved on Imgur.

Elsewhere in the thread, commenters point out how long it’s been since we’ve seen the game. “Game Awards most likely,” ponders commander_snuggles, “and a winter release in 2023 if they keep the show games within a year rule.” It would certainly be nice for Avowed to be featured at The Game Awards, which is set to air on December 8. Others believe the game will be a part of Xbox’s E3 2023 showcase before releasing in the aforementioned holiday 2023 window.

It’s important to mention Xbox here because developer Obsidian is part of the Microsoft Game Studios lineup. We don’t know what sort of publishing deals the developer may have made before it was acquired by Microsoft, but it’s believed that Avowed will end up being another Xbox and PC exclusive. The bright side is that it’s guaranteed to come to Game Pass, as all first-party Xbox games do.

At this point, those release dates are completely up in the air — we don’t even have a window. At the very least, the game is reportedly being pitched as The Outer Worlds with fantasy elements. It’s also said to be much larger than Skyrim, which would make it quite a big world.