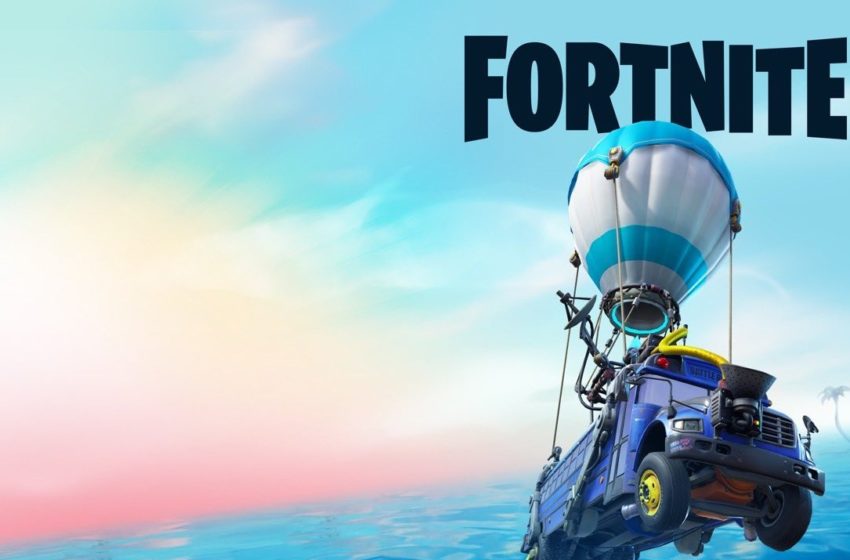 The theory that Fortnite is about to be flooded may have just gotten a lot stronger thanks to a leaked game icon from the PlayStation Store. The icon, which was posted on Twitter by the FNBRLeaks account, shows the battle bus flying around a flooded world, with just a small island with some palm trees behind it.

Fans have been predicting that the world would be flooded for next Season for quite a while now, and the evidence has slowly been building up that this will be the next big change coming to the game. It all started with the return of No Sweat Insurance, one of the harbingers of disaster in the world of Fortnite. No Sweat Insurance was originally located in Tilted Towers in Chapter 1 and was the only building to survive when Tilted Towers was wiped out by a volcano.

When they returned in Chapter 2, No Sweat Insurance signs with an umbrella on them began to appear all over the map, hinting that some very heavy rain was coming.

With the countdown to an event known as The Device currently ticking away in the lobby, many people suspect that when Midas turns on his Doomsday Device, it will interfere with the storm and the weather in some way, causing the map to flood, and resetting the war between Ghost and Shadow by effectively destroying the world.

How it all plays out after the world floods is a mystery, as the game will still need plenty of land for players to battle on. It’s a very exciting time for Fortnite players. Some players have noticed a similarity between the island shown in the icon and the island from popular cartoon Spongebob Squarepants. Could we see a new cross over event? It seems unlikely, but what a fantastic event it would be if it happened.