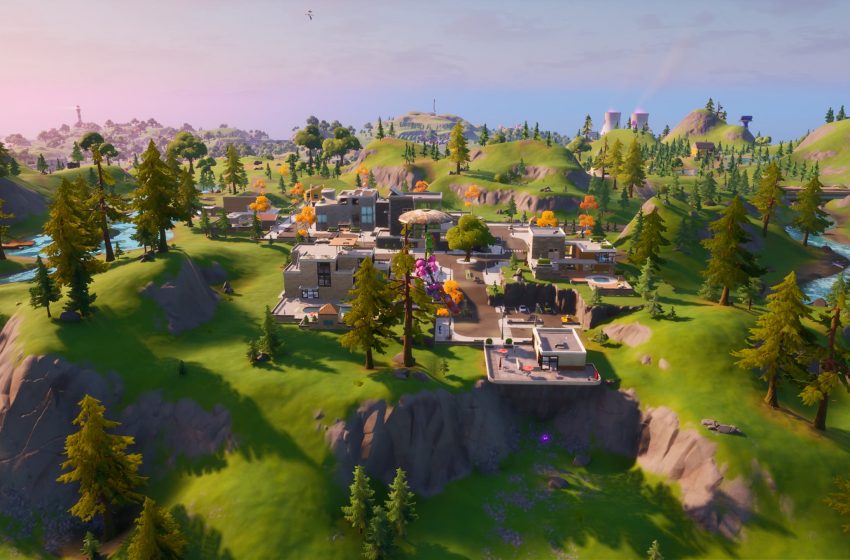 A new arrival in Lazy Lake could be a sign that disaster is on the way to a peaceful town. No Sweat Insurance, considered by many to be Fortnite’s true harbinger of doom, has just opened up an office there, which is not a good thing at all if you know your Fortnite history.

No Sweat Insurance first arrived in Fortnite during Chapter 1. After Tilted Tower had suffered numerous accidents and disasters, No Sweat Insurance arrived to offer complete coverage against destruction to local businesses.

When a nearby volcano erupted, Tilted Towers was demolished, with every building utterly destroyed, except for one. It seemed that the only building No Sweat Insurance could guarantee the safety of was their own, as it stood proud and tall amidst the wreckage.

No Sweat Insurance would disappear when the black hole sucked the entire world of Fortnite into the void, before spitting out Chapter 2. The fact that No Sweat Insurance is finally back is one of the biggest signs that some new disaster is on the way, and it is very unfortunate for Lazy Lake that the town is the new home of a building that seems to doom everything around it.

To make things even worse, No Sweat Insurance signs have started to appear all over the map, implying that just about everywhere is under threat at the moment. While the end of the season might have been delayed until June 4, there is plenty of evidence mounting up that something very bad is going to happen to the island.

The good news is that the company is just getting moved into their new office, and hasn’t managed to get it up and running properly yet, so there should be a few more weeks of normality before disaster strikes.