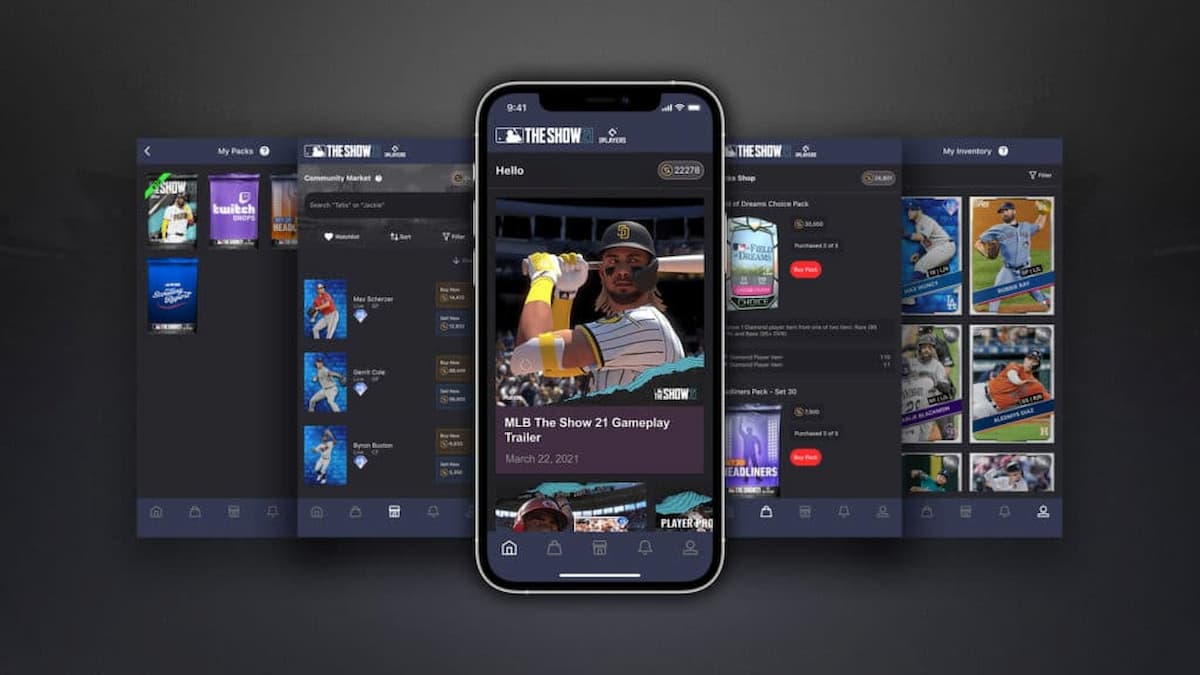 MLB The Show 21 has already been a groundbreaking game, as it is the first in the series to land on the Xbox family of consoles. Now, Sony is (sort of) expanding MLB The Show to smartphones, as the MLB The Show 21 companion app is set to launch next week. No, you won’t be able to play MLB The Show on your Apple or Android device, but you will be able to check into The Show without being near a console.

Developer San Diego Studio officially announced the news earlier today through the MLB The Show Twitter account. MLB The Show users will be able the check the latest MLB The Show 21 news and additions to Diamond Dynasty, check collections, buy and sell cards on the Marketplace, and open up packs. These options were available outside consoles via The Show website, but now you’ll be able to do this from your phone as well.

While the app will launch and be available to all users beginning on August 23, some MLB The Show players can begin accessing the app. Individuals who are signed up to the MLB The Show Scouting Report should receive an invite to access the application prior to the release date. Those who are not subscribed to the Scouting Report will need to wait until next week.