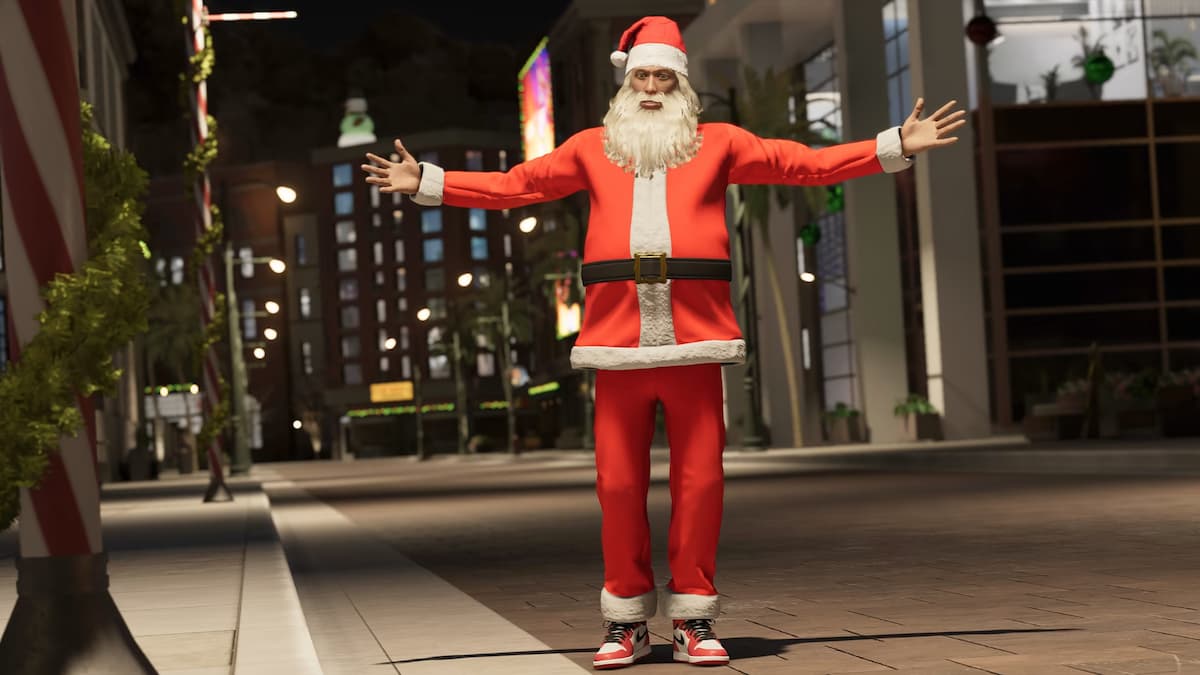 Season 2 of NBA 2K23 is set to end on December 2, but it will be replaced with a fresh one immediately after its conclusion. The next season is set to start this Friday, and the 2K team has given us a first look at what to expect in both The City and MyTeam. Let’s just say that the upcoming season will have a chilly theme to it, thanks to new holiday decorations, a new seasonal outfit, and an ice-cold guard set to be the Level 40 reward in MyTeam.

Season 3 will see The City and the old-gen cruise ship adorned with Christmas decorations. On top of that, NBA 2K23 players will be able to obtain a Santa Claus outfit throughout the season, as well as a new vehicle to get around: a magic carpet. Getting back to the Santa Claus outfit, old-gen users can obtain this at Level 40, whereas current-gen owners can find it at Level 39.

A new Level 40 award will be made exclusively available to PS5 and Xbox Series X|S owners this upcoming season. Core badges were added to MyCareer and MyPlayer for NBA 2K23, allowing users to add four badges that would not use up any badge points. New to Season 3 will be the ability to customize the layout pattern for these badges. Now, users will have the opportunity to double up on Finishing, Shooting, Defense/Rebounding, and Playmaking badges.

The Level 40 reward in MyTeam will be a 97 OVR Galaxy Opal Trae Young. There will also be Beyond Lv. 40 rewards in MyTeam, a first for NBA 2K23, and one of these bonuses is a mystery player that will be revealed as we progress through the season. Other notable MyTeam changes include adding 15 new Centerpieces and other rare Trophy Case event cards, a visual change to Ascensions, and position packs in Draft mode have now been updated to contain cards from a single gem color.

One other interesting change to MyTeam is that users will no longer be able to use position lock in Unlimited. This has been done to preserve competitive balance in Unlimited.

All of these changes, along with new music tracks, will go live in NBA 2K23 beginning on December 2.