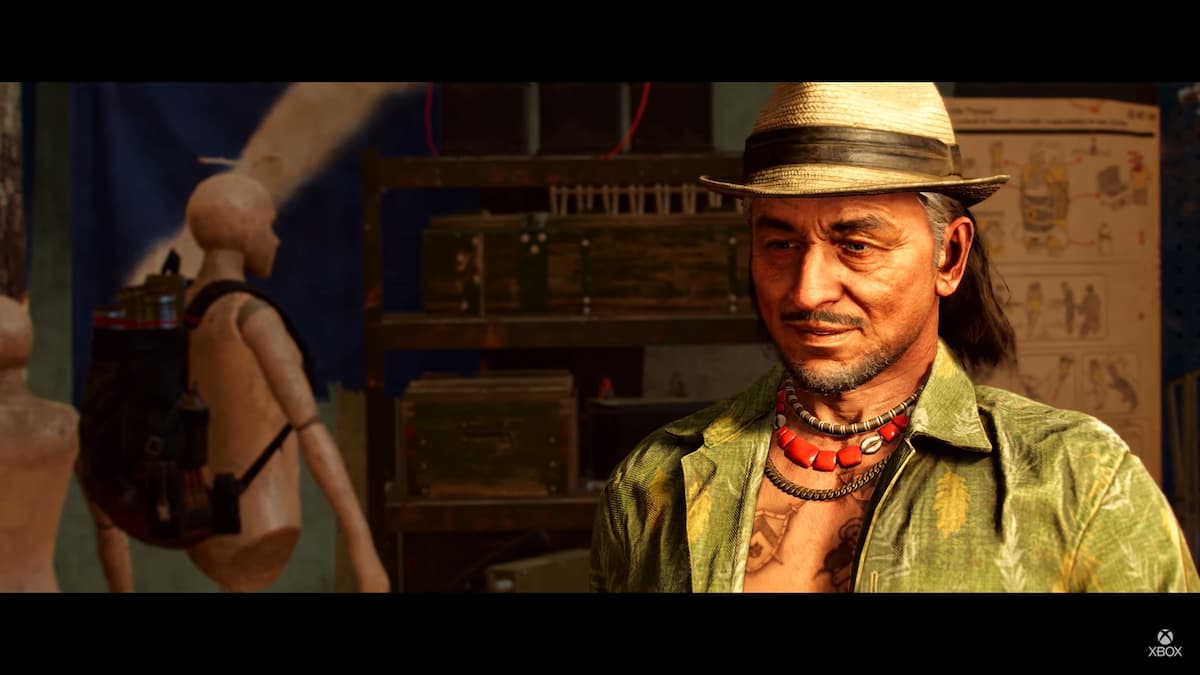 During the Xbox and Bethesda Showcase for this year’s E3, more gameplay for Far Cry 6 made its debut in a brand new trailer. The trailer opens up with dictator Anton Castillo receiving a phone call from a mysterious man. The two exchange jabs about what will happen once Castillo is removed from power.

We get a good look at gameplay, which includes the various weapons needed for the job. The sheer variety and creativity of some of these weapons are quite impressive. Not to mention that you can hire a very angry rooster to attack enemies for you as you snipe them. According to the trailer description, players can also hire an equally angry alligator, “Fang for Hire.” There are also customizable backpacks, which is pretty cool too.

Far Cry 6 will launch on October 7 for PlayStation 4, PlayStation 5, Xbox One, Xbox Series S/X, PC, Amazon Luna, and Google Stadia. You can watch the full trailer below and witness all the madness for yourself. And if you need to see how much of a ruthless tyrant Castillo is, yesterday saw the debut of his chilling new cinematic trailer. Far Cry 6’s season pass was also revealed yesterday, in which players can take on the role of the various franchise villains such as Vaas from Far Cry 3, Pagan from Far Cry 4, and Joseph from Far Cry 5.