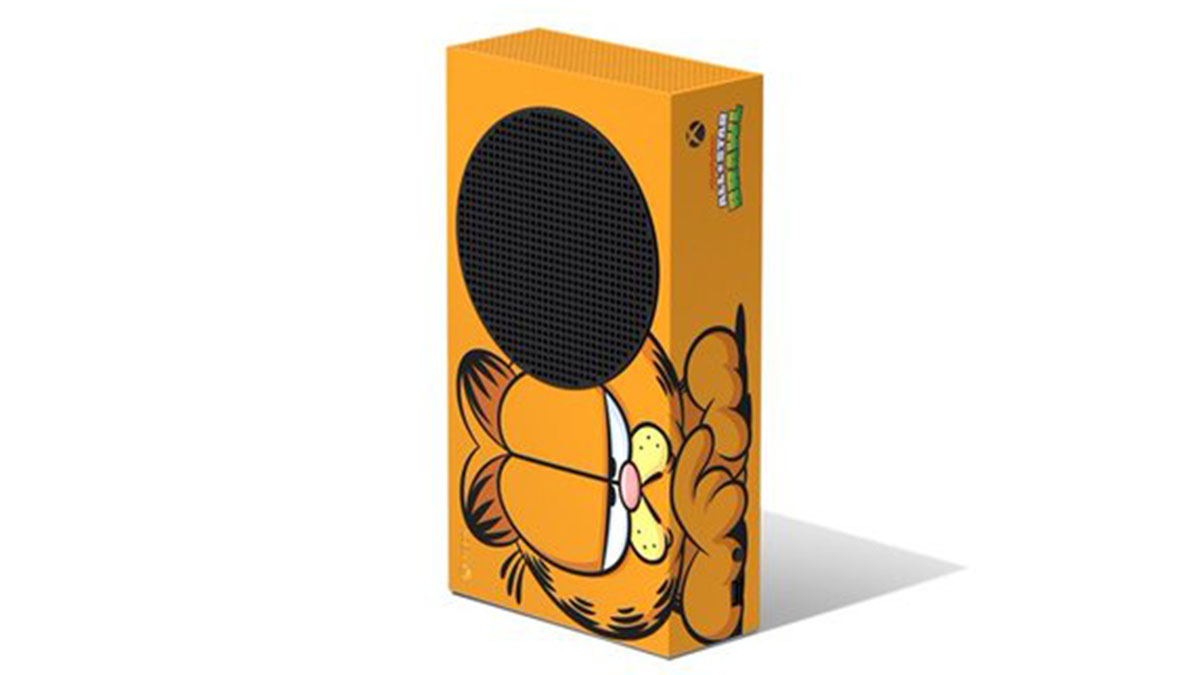 First Xbox gave away a SpongeBob SquarePants Series X, and that was fine. Now the world’s most polarizing cat has been plastered on a Series S, though you can only get your paws on this one via sweepstakes.

As revealed on Twitter, the custom console features the comic cat’s orange fur and smug love-it-or-hate-it mug. There’s also a cheeky warning about not feeding the console lasagna, but we’d recommend you generally avoid inserting food into any electronic device. While the previous SpongeBob console featured a matching controller, there isn’t one pictured in this particular promo, although it is mentioned in the official rules. Speaking of, you can enter for a chance to win the console by following Xbox and retweeting the giveaway with the #XboxGarfieldSweepstakes hashtag.

All of this begs the question — why? The answer is actually quite simple: Garfield is being added to Nickelodeon All-Star Brawl. He’ll be joining the ranks of Rugrats’ Reptar, Avatar’s Toph, and many more mascots. There may be some big differences between Nickelodeon All-Star Brawl and Super Smash Bros., but they have one major thing in common: there’s a mountain of material to pull from when adding new characters to the roster. Between those games and Warner Brothers’ MultiVersus, the future of crossover platform fighters has a lot going for it.