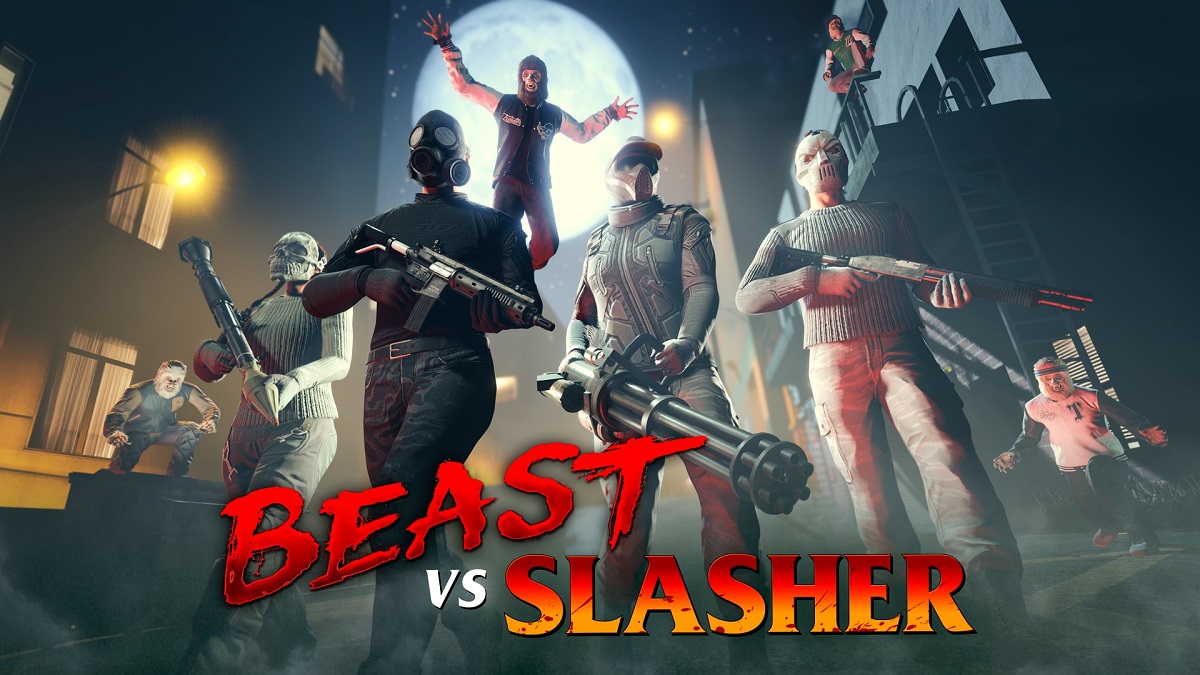 We may already be two weeks into Grand Theft Auto Online’s Halloween event, but that doesn’t mean Rockstar Games is done adding extra themed content for the month. Players are likely already familiar with the new Judgement Day adversary mode, which will only be available for a limited time, and Rockstar has now confirmed it’s temporarily bringing back the Beast vs. Slasher mode.

In case this is your first time hearing about it, Beast vs. Slasher is essentially a cross between two other modes (Hunt the Beast and Slasher) and pits two teams against each other. The Beasts are blessed with supernatural abilities, like super speed and invisibility, but they’re not the hunters in this scenario. Their job is to collect 15 checkpoints scattered around an area, while the Slashers wield various weapons and thermal vision to track the Beasts down and take them out.

No matter which side you decide to play on, Rockstar says you’ll earn twice as much GTA$, for you to put toward some of the game’s more expensive cosmetics and vehicles, and RP.

Logging into the game this week will also net you the Famine mask that’s featured in the aforementioned Judgement Day mode, and completing a Payphone Hit will reward you with a Green Vintage Mummy mask for those that want to dress for the season. More Halloween masks are being added to Vespucci Movie Masks as well, alongside face paints at the Barbers and vehicle horns at Los Santos Custom.

Speaking of vehicles, anyone who owns an auto shop can also earn double GTA$ and RP by completing Exotic Export deliveries. However, Rockstar mentions that a rogue Cerberus truck is on the loose, suggesting that any attempted deliveries will see you hounded on the roads.

Lastly, Rockstar adds that Freemode Events and Challenges will be regularly available all week long, and completing them will net you three times the GTA$ and RP. You can find further details on what’s coming this week (including a PlayStation 5 and Xbox Series X exclusive car) on Rockstar’s website.