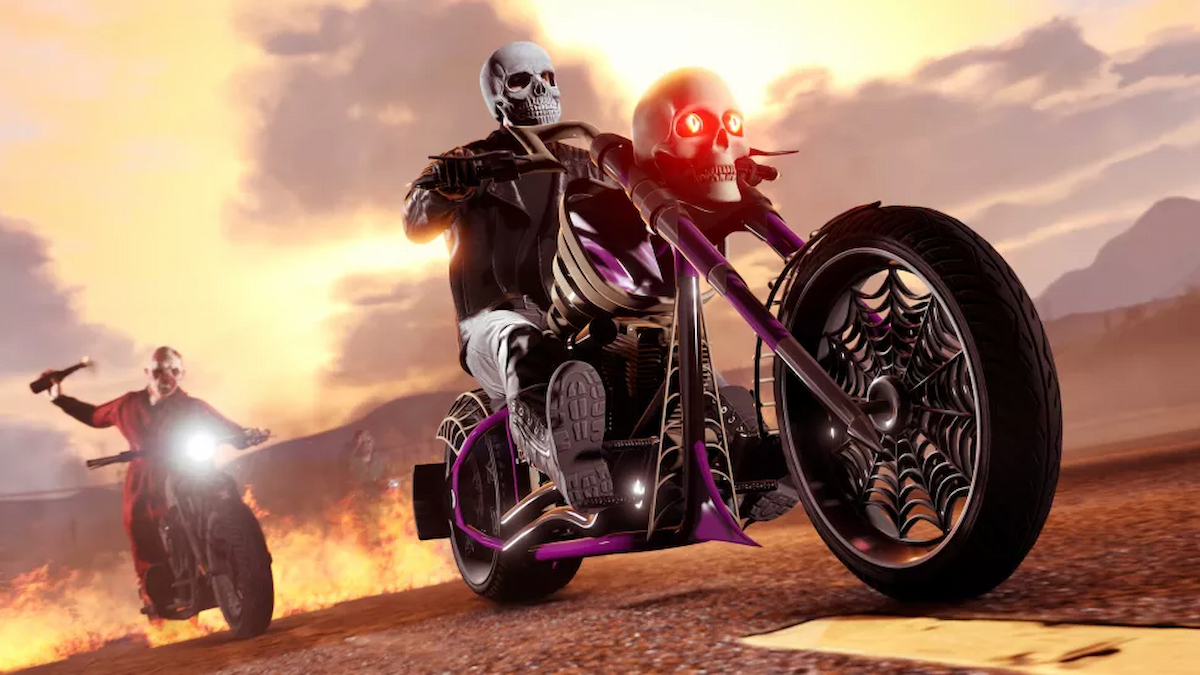 The GTA Halloween 2022 event is here, and with it comes plenty of new content for players to enjoy and earn during this spooky season. The event started on October 6 and is running until November 1, so there is plenty of time to jump in and enjoy this event. To help to know what you can expect, here is a guide to the new content in this year’s Halloween event in GTA Online.

Related: The 10 most expensive boats in GTA Online, and how much they cost

Judgement Day is a limited-time adversary mode, where a small team of heavily equipped bikers hunts down and kills the hunted in a deadly game of cat and mouse. Bikers are equipped with a Double Barrel Shotgun and Stone Hatchet and have extra health, speed, health regeneration, and a brief thermal vision to find their prey. The Hunted are weaker, but have the ability to pick up weapons that the rider can not.

Riders also respawn automatically, while Hunted must eliminate a rider to bring back a downed teammate, though, during the final minute in Sudden Death, neither team can resurrect players. The Riders win if they can kill all the Hunted and the Hunted win by either killing all the Riders during Sudden Death or surviving until dawn.

You might see some strange objects in the sky during this event, and they are like UFOs. These alien objects will appear during the event, and if you can snap a picture and send them off to Omega, you’ll get some cash for your work. Snapping all the UFOs during this event will also net you a new Believe Cap.

It wouldn’t be GTA without some sweet rides, so there are a number of Halloween-themed vehicles returning for the Halloween event. All of these can be purchased via the Southern San Andreas Super Autos website. the vehicles are:

Like any GTA:O event, there are some cosmetics you can unlock and earing during this Halloween event. There are a bunch of masks to unlock by completing some side missions and tasks. There’s the Gray Vintage Frank Mask that is unlocked by completing any of Franklin and Lamar’s Short Trip missions.

There is the Horror Pumpkin Mask, which you unlock after you collect 10 Jack O’ Laterns which are shattered across the map during the event. If you are able to collect all 200, you’ll get the Pumpkin Tee for your troubles, as well as some extra money and RP. GTA+ subscribers also will get a few extra treats during this event, namely the Gray Cracked Puppet Mask, Grimy Stitched Mask, the Pumpkin Hoodie, and the Mummy Outfit.

Those who jumped on before October 13 would have also received the Halloween War Mask, so if you missed that item, here’s hoping it makes a return in the future.