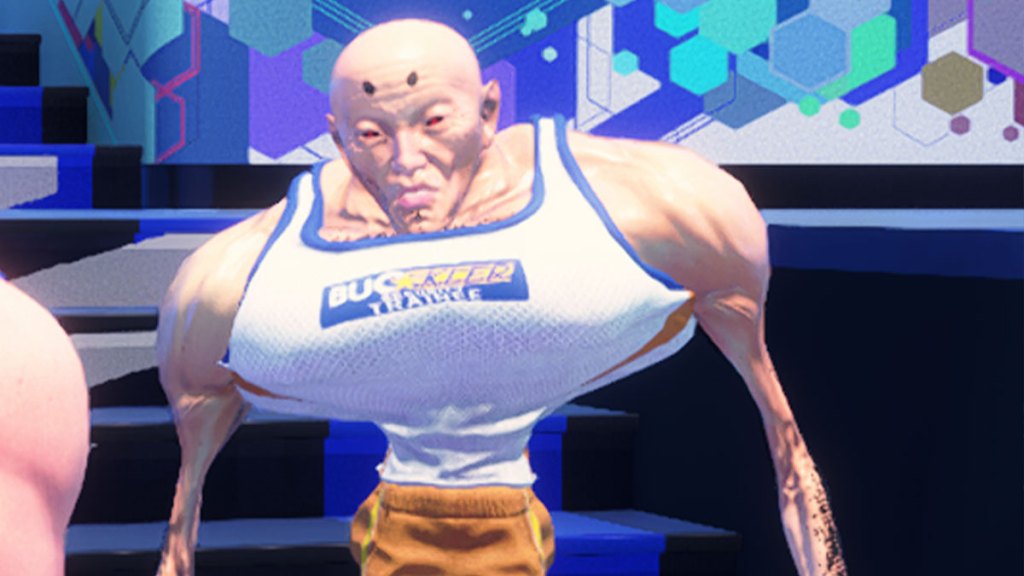 Street Fighter 6 has a strong list of 18 launch characters, but it also lets players create their own custom fighter. Whenever the internet gets its hands on a character creator, hilarity ensues.

The Street Fighter 6 closed beta is no different. Players have access to World Tour mode, which serves as a single-player adventure where custom characters can interact with one another. Some of the avatars found there are…let’s just say, disproportionate. Streamer Jiyuna shared their abomination on Twitter: this thing looks like an MMA fighter in a fun house mirror. Those thighs could crush steel.

More examples from @tyakabou and @anxiousamoeba (theirs is at the top of this article) show characters with bodies like gummy candy run through a lathe. The Battle Hub looks more like Floop’s Fooglies from Spy Kids than a multiplayer lobby. Then you remember that all of these atrocious creations actually get to actually fight in some capacity, and the whole thing becomes even funnier.

These tweets and other examples were curated by ResetEra user Blackbird. Their thread is full of plenty more custom character creeps, with some of the broadest hairy chests and thicc-est booties you’ve ever seen on a fighter. If only the Street Fighter 6 commentators could share their thoughts on these creations in-game too.

Real-time commentary, custom characters, and World Tour mode are just a few of the new additions that Street Fighter 6 is bringing to the franchise. Rollback netcode and crossplay support are also being implemented for this entry. Crossplay is especially important since Street Fighter 6 will be available on PlayStation 5, PlayStation 4, Xbox Series X/S, Xbox One, and PC via Steam. Xbox is notable there because a new Street Fighter hasn’t debuted on an Xbox console in over a decade. We don’t know exactly when Street Fighter 6 will release, but it’s on its way sometime in 2023.