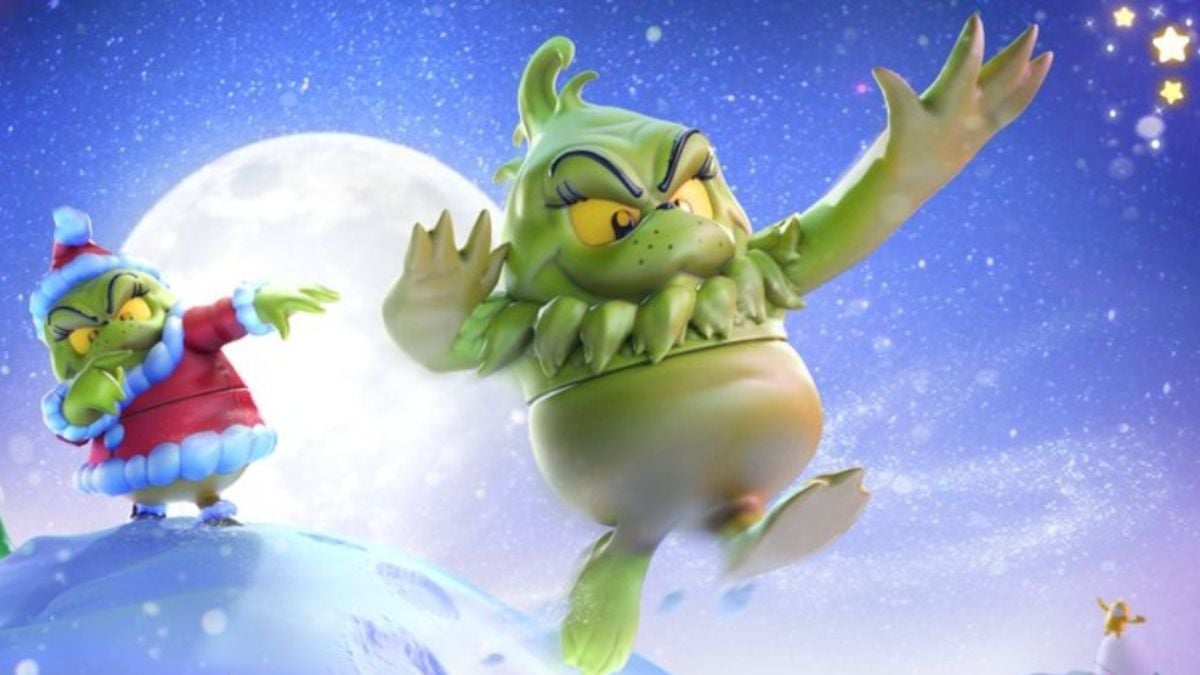 Dr. Seuss’ beloved creation, The Grinch, has arrived in Fall Guys: Ultimate Knockout as a new outfit. There are two Grinch outfits players can suit up in time for the Christmas holiday. One of the outfits is the normal Grinch with his green fur, while the other outfit is The Grinch in his Santa-disguised clothes. The store also has a new Slithered and Slunk Emote based on The Grinch, plus a Stripped Bare Pattern with images of the character.

The Grinch gear can be purchased right now in the Fall Guys in-game store, and you can buy everything Grinch-related in one bundle called the Great Big Grinch Bundle, or you can buy everything separately. The Grinch Gear will only be available for one week, disappearing from the Fall Guys store right after Christmas. Mediatonic will sometimes re-release old skins from past tie-ins, but your best chance to get any Grinch outfits is if you buy them during this Holiday season.

Related: All SpongeBob skins in the Fall Guys Bikini Bottom Bash Event, and how to get them

The Gift Grab event will last until January 5, 2023, at 9 AM GMT. Gamers can also claim a free Sloper Rider Costume in the Fall Guys Store on all platforms. The free costume will only be available until December 27 at 9 AM GMT, the same time when the Grinch gear leaves the shop.