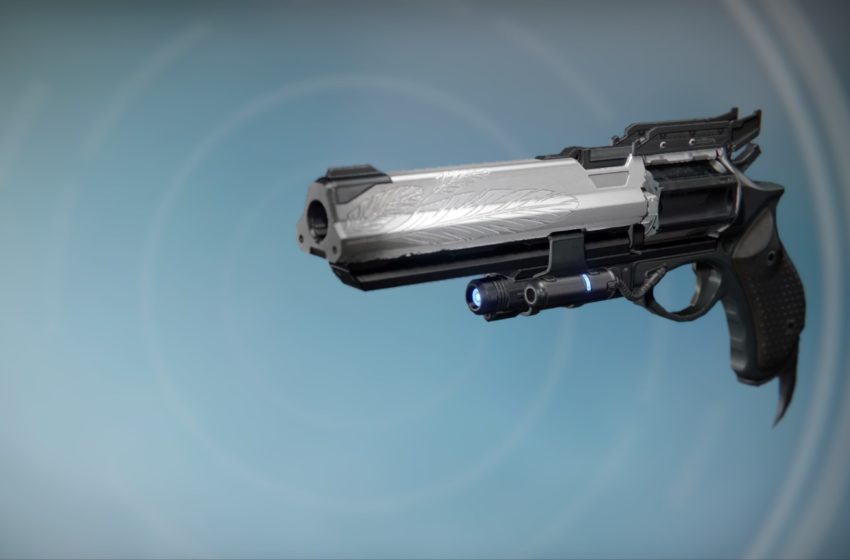 The Hawkmoon, one of the most beloved Exotic weapons in the history of Destiny, will be returning in Destiny 2. Game director Luke Smith announced the news as part of a charity Twitch stream that Bungie took part in to raise money for St. Jude Children’s Charity. The announcement was hidden away behind a $400,000 donation goal, which the famously generous Destiny community obliterated. At last count, the Bungie stream had managed to raise over $800,000 dollars for the charity, because that is what Guardians do.

The Hawkmoon is an Exotic Hand Cannon, famous among players for the RNG-based nature of the Luck in the Chamber perk. This perk would cause three random bullets in the weapon’s magazine to do more damage to normal, resulting in potential two-shot kills on other Guardians in PvP. This led to some amazing moments in Crucible for people who got the weapon. On top of the powerful damage it could do, it also looks fantastic, and it’s arguably the best looking Hand Cannon in the game’s history. We don’t know when the weapon will be returning, but we suspect it will be a quest weapon in Beyond Light.

According to Smith, an element of RNG will be maintained in the new version of the Hawkmoon, but it won’t be an exact copy of the original version. On top of the Hawkmoon reveal, Bungie showed off concept art of the upcoming Beyond Light expansion that will launch on Sept. 22. We also got a peek at an upcoming Legendary weapon which has a very interesting design, but we didn’t get to learn anything about it. It is a very unique design, and for some reason, I am getting strong Pulse Rifle vibes from it.

If you want to watch the rest of the live stream, you can find it at the GCXEvent Twitch channel.