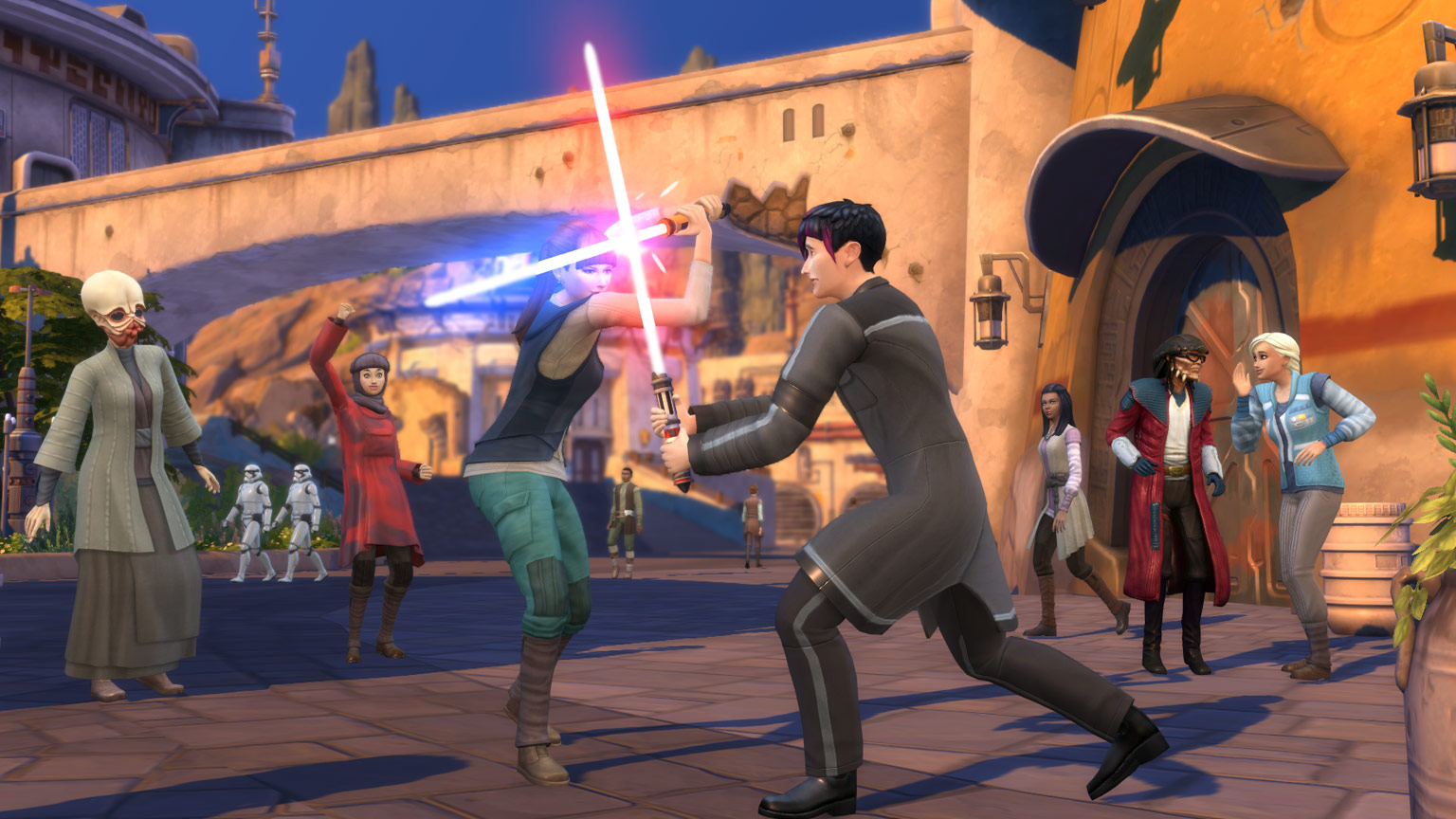 The Journey to Batuu expansion for The Sims 4 has added a ton of new Star Wars-themed items to the game. There are plenty of items to build and buy, but it is hard to sort through all of them and choose what is best and worst to add to your home.

To help you decide, we have created a list of the 10 best and worst items now available to build or buy for your home. We based the list on which items are the most useful and most versatile. Because of this criterion, items like the Speeder and the Lightsabers didn’t make it onto the “best” side of the list, even though we really love having them in the game.

This is a nice wall decoration that comes with a few variations. The banners would be good for a young adult or teen room, but they can also act as a nice trophy or piece of memorabilia for your sims. The banner has a lot of different variations, including the Batuu flag, stormtrooper helmets, first-order banners, and a lot of others that would look nice on your wall.

Like everything else in this pack, this booth seating is a bit on the chunky side. Luckily, you can use it to fill in that corner you can’t seem to do anything with. The item is a comfortable 90-degree bench seat that your sims can interact with. It can also function as an actual booth; just chuck down any table you like and it will be grouped with the seat. Between the available color swatches and the choice of table, you can use this item in just about any build with relative ease.

The pack includes a lot of bar pieces but our favorite is the curved cantina bar. The cantina bar set comes in a few different appealing colors, but the covered one has the benefit of breaking up the normally straight and blocky silhouette of bar pieces. You can create a large wrap-around bar in the middle of a room, or use it outside to go with a fire pit. There are a lot of options for use here.

The new pack added four new floors each with two different variations. The variations of the Made of Stone and Made With Stones flooring sets were a bit underwhelming, but overall, they can be very useful in just about any build. The floors can do well both indoors and outdoors regardless of the theme you are going for with a build.

The new pack has a large variety of indoor lighting to choose from. It is hard to pick just one of the new lights as the best, and none can really be called the worst given what has been added to the game in some of the other packs. All of the lights can be used somewhere in any theme. They would look perfect in any steampunk or Star Wars-themed construction, but they can also be used in a normal build as well with little issue.

An item like this has been needed for a long time. It is essentially a nice rustic picnic table. It will go great outside in a yard, or inside a rustic log cabin-esque home. There are a lot of possibilities for this table. It also includes a few different variations, including one where someone has carved the symbol of the Rebel Alliance into it.

Two usable sabacc tables are part of the game pack. The sabacc tables look good in most modern settings as well as in a sci-fi setting. Your sims can interact with the tables and play sabacc, but there are variations available that do not include the game if you don’t want it. One of the tables also has a light on it that will keep the room dimly lit.

There are a few different ship and droid replicas available, including ones for the Millenium Falcon and R2-D2. These are small replicas that can be placed on a desk or table. They are nice playful pieces that work well as decorations in any room. They can be used in modern, Star Wars-themed, and even post-apocalyptic builds without having to put too much work into making them fit. You can also increase the size of these replicas if you would rather have a lawn ornament over a desk ornament.

This is a decorative item from the pack that is easy to love. It is a circular floor decoration with a few different patterns that will fit into a lot of different builds both inside and out. The default stone circle can look good in a garden or yard as a nice mosaic piece. The painted decals would be good in a young adult or teen’s room. Really, this can be used in a lot of different themes from modern to punk and sci-fi. It is also designed to match some of the new floorings, including the new curved flooring, which will give you a ton of new options for building.

Interestingly, the wall coverings added to the game don’t look like they have come from a galaxy far, far away. Each of the four new wallpapers comes with four variations. The walls will fit in well in just about any build, regardless of theme. We found that some of these walls seem to work particularly well in Steampunk-themed buildings.

This would be a lovely yard piece if it didn’t look so much like the Star Wars version of the gaudy pink flamingo ornament. It could be useful for a rustic theme, but there are already enough decorations available for that.

This is the barback for the bartenders in the Batuu Cantina. It works well in a rustic cantina on a faraway planet, but that is the only place it would really look good in. Some of the barback pieces have little creatures in containers on top of them, which doesn’t exactly seem sanitary. You could possibly use this in a steampunk build as a bar or maybe in a chemist or apothecary’s shop, but not much anywhere else. This thing screams “Star Wars” too much to be really useful in other builds.

This piece is great if you are recreating a cantina, and that’s about all it is good for. The Cantina Ceiling Centerpiece is a huge ceiling decoration that looks like the hanging decor behind the Mos Eisley Cantina in the original series. It is a bit of an eyesore, and if anything, it just gets in the way if you aren’t using it for a Star Wars-themed construction. All of the individual pieces are available for use, so you can make a custom one of these from spare parts.

The new pack has added a ton of new decorative storage pieces including a lot of crates. Why more crates were necessary for this game is yet to be seen, but someone on The Sims team seemed to think we didn’t have enough already.

What exactly is the point of this piece? This isn’t very decorative and has no function. There was an opportunity to make this into a mirror or a window that would have been usable and decorative, but that isn’t the case. It can be useful if you are trying to recreate Batuu, but not really necessary past that.

These are nice if you are building a First Order bunker, but not really useful outside of that. You could possibly use these if you have a character that is a Star Wars superfan, but that is about it. They are really only usable in a Star Wars build. Also, given how often our sims manage to set things on fire, it is probably a good thing the flamethrower can’t be interacted with.

This is another eyesore that just doesn’t work in most builds. It is a big circular metal decoration with a few variations that don’t really change it enough to be useful. The decoration will be fine if you are trying to build a Star Wars-themed building, but can’t really be useful outside of that.

If you like having torn up rugs in your home, we won’t judge. There really isn’t anywhere to put this where it will look good, outside of a ruined or post-apocalyptic themed build. The rugs look like they lost a fight with a tiger and the metal flooring looks like they would make a ton of noise when you walk across them.

This is a nice light for a post-apocalyptic or just run-down looking sci-fi build, but that is the only appeal it has for us. It is blocky, rusty, and doesn’t really fit into any other type of build.

The window selection in this pack was a bit underwhelming. There are two new windows with a few different variations, but they all look more like something you would expect to see in a prison. They may work in some kind of punk build, but otherwise, it is better to just stick with what you’ve got. 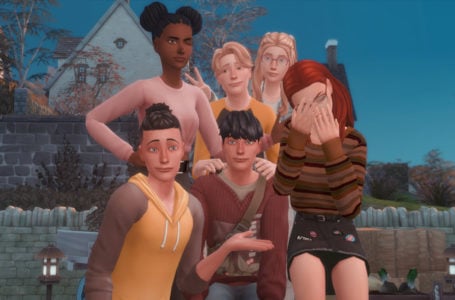 How to install the Pre-Teen Mod for The Sims 4 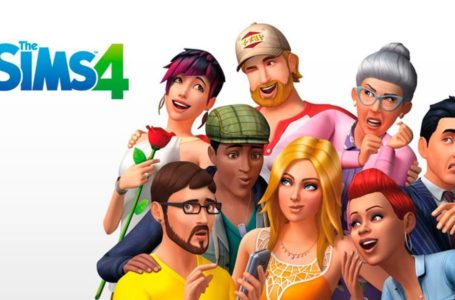 How to install the UI Cheats Extension for The Sims 4