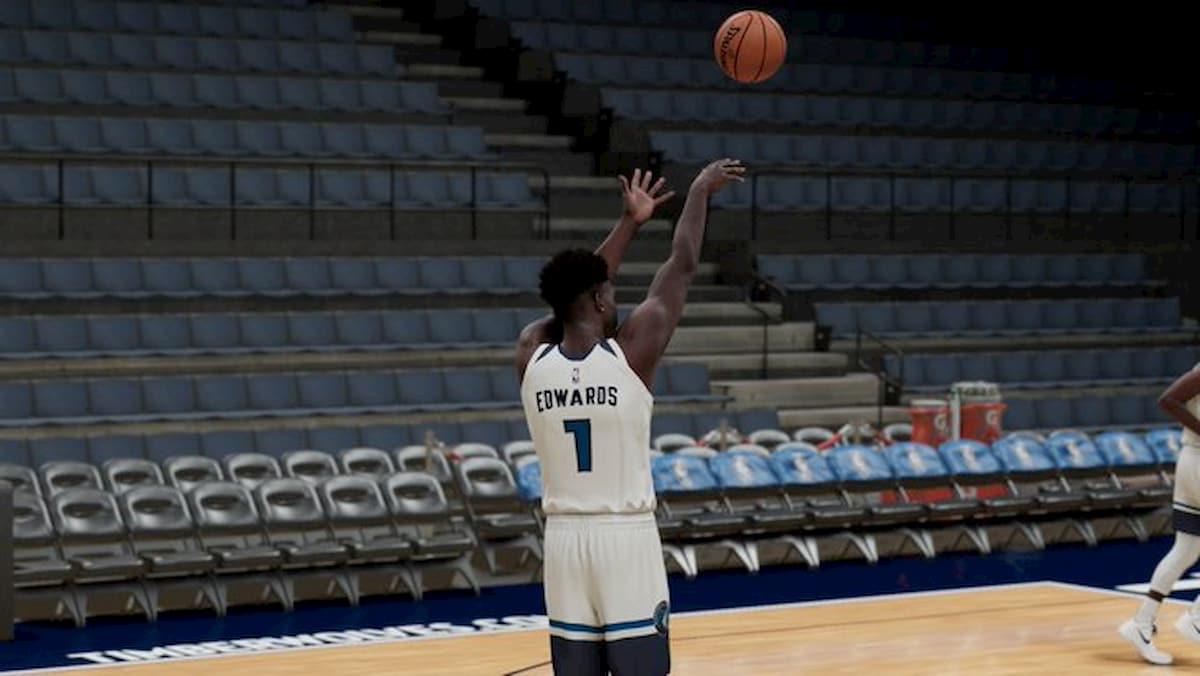 After a long two and a half months with incomplete rosters, NBA 2K21 players finally see the addition of the 2020 NBA draft class. Of course, there’s no one superstar or game-changer like last year’s Zion Williamson, but there are a few gems you need to be aware of. Here are the highest rated rookies in NBA 2K21.

The French baller isn’t someone you’d ideally want on defense in online play. Someone could easily take advantage of his 55 Defensive Consistency and 50 Draw Foul ratings. That being said, he can facilitate some great offensive work with his 84 Pass IQ and 79 Driving Layup ratings.

The Spurs may have found their next Manu Ginobili – for good and for bad reasons. Vassell’s 81 Three-Point Shooting makes him an absolute sniper in your lineup, enabling him to hit shots from most spots behind the line. However, with a 66 Driving Layup and 60 Driving Dunk, the simplest of shots may end up as turnovers.

We can’t help but to think 2K21’s developers are mistaking this Cav’s ratings for someone else. Unlike his real-life game, this caricature of Okoro is just sadly decent, with 75 Driving Dunk and 67 Mid-Range Shooting ratings. Obviously, he’ll need work here, but his mid-70s rebounding and passing stats make up for this.

It appears 2K also agrees that Williams shouldn’t have been picked as high as he was. Although a top-10 rated rookie, Williams’s 68 Driving Layup and 60 Standing Dunk shows why he isn’t number four on this list. With 88 Stamina, possibly consider him if you just need a tireless decoy all game.

Say hello to the poor man’s Luka Doncic – and that’s not a bad thing. If you are low on MT or funds in MyLeague and need someone for cheap, settling for Avdija is a fantastic move. With all of his shot types being rated in the 70s, he’s an all-around threat that will at least notch a 40% field goal percentage.

If you desire to remove your center and put in someone smaller, Okongwu is the perfect player for it. At 6’9, he’s a great ball getter with his 79 Offensive Rebound and 75 Defensive Rebound ratings. He cannot shoot like most forwards, but his 85 Standing Dunk makes him a worthy threat in the post.

Touted as the next Paul George, Toppin definitely shows signs of the Clippers star with his 85 Driving Dunk and 80 Three-Point Shooting ratings. Defensively, he will need a major boost. The wing only has rebounding stats that lie in the 50s and 60s. If used in MyTeam, this man may need Jordans that will teach him how to hold onto a basketball.

Don’t expect Lamelo Ball to play anything like his brother, Lonzo. The two are quite the opposite, with Lamelo surprisingly having all shooting attributes in the low 70s. For instance, he holds a 71 Three-Point Shot rating, with Lonzo’s three being an 80 So what makes Lamelo have an 88 potential? His game is eerily similar to Rajon Rondo’s with powerful 86 Ball Handle and 98 Hands ratings.

At 7’1, we aren’t afraid to compare Wiseman to Mitchell Robinson. The 19-year-old has an outstanding 85 Offensive Rebound rating, so any misses with Steph Curry can easily be made up. All of his Close Range attributes also land in the 80s, making him hard to pass up in any game mode.

Edwards hasn’t played a game in the NBA yet, and already is the fourth-highest rated player on the T’wolves. With an 83 Driving Layup, 81 Mid-Range Shot, and 90 Hands, it is clear he’ll be in the running for Rookie of the Year in your MyLeagues. As his Pass Accuracy rating is a 64, he may be a turnover machine his first few years, but everything else is reminiscent of Ja Morant.