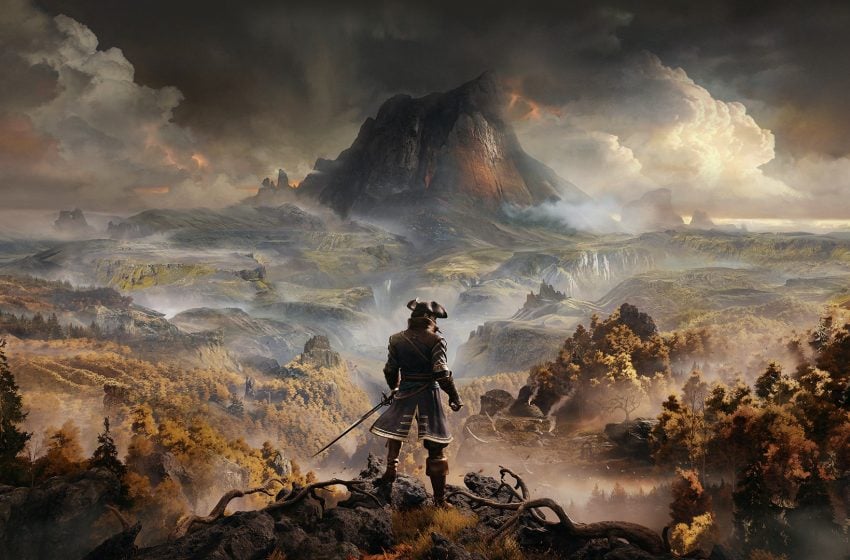 GreedFall is, without a doubt, Spiders most ambitious game to date. Set on the island of Teer Fradee, the game consists of a semi-open world that you must explore. You encounter a variety of mysteries that you must solve, factions with unique goals, and a multitude of relationships to balance if you hope to achieve your mission, which is to find a cure for the Malichor illness threatening your homeland in the Old World.

GreedFall deftly fits into the RPG category. The title features character creation and development with skills, attributes, and talents. You must work with the members of your party to help them achieve their personal goals, while continually keeping in mind the things that are happening in the world around you. Most of the systems in the game will be comfortably familiar to you if you have played any other Western-RPG of the last decade or so. Crafting, buying and selling items, loot drops, equipping items to amplify your playstyle, and general world exploration form the backbone of the game. But, is it worth your time?

In GreedFall you play as De Sardet, an important representative of the Merchant Congregation sent to Teer Fradee to assist your cousin, Constantin, in his task of governing New Serene. In the opening moments, you can design your character, choosing from male or female options, various looks, and skillsets. Character development is surprisingly open, so those skill sets don’t lock you into any set path. You can happily diverge as the game develops, and you which specific skills are more attractive to your playstyle. In my playthrough, I went for a focus on guns and traps, using distance to keep me safe, and traps to cut off the field of battle. No matter what class you choose, you will still need to get comfortable with a sword, however.

Two companions will also accompany you, picking the ones who best cover your combat weaknesses, or make diplomatic life significantly easier. Each companion has their tale and desire. You have the chance to develop them into a loyal follower if you assist them in their journey.

Combat itself is something that I found interesting, if not entirely perfectly balanced. I started my playthrough on Normal difficulty but found things to be somewhat on the easy side. Then I took a shot from someone carrying a massive two-handed sword and half my health disappeared. My first monster fight on Teer Fradee was a long and drawn-out affair as I didn’t do much damage to the enemy. However, taking on general mobs of monsters and human enemies was a breeze. Thankfully, you can change the difficulty as you see fit. There are some balance issues and some clear winners when it comes to putting out a lot of damage.

Combat also feels just a little floaty, driven mostly by the dodge mechanic and the fact that your character seems to have a large lunge radius as the game tries to get you into a range of enemies as you swing. A lot of this gets resolved if you unlock the roll ability to accompany the dodge. I feel the combat system would make a better impression if this had unlocked from the start. The combat is by no means terrible. It doesn’t suffer from any issue that genre titans haven’t also contended with. You’re going to need a little time with the game to fit your correct difficulty setting. As a rule of thumb, I would play on one difficulty setting higher than you usually would in an RPG like this.

One thing I like is how the crafting system affects your character. Once you unlock the ability to craft, you can upgrade your weapons and armor in ways that will provide stat bonuses, and potentially new skills as well. Being able to actively build into specific paths, even when you don’t have skill points to spend is a very nice system. I was able to give myself the boost I needed at specific points in the game by having a look through my inventory rather than running off to grind some mobs.

Some lessons have been learned from previous Spiders games as well, as the camera behaves itself a good deal more in combat than it ever did in Technomancer, and enemies tend to fall into smaller mobs with one or two significant threats in the mix, giving you a more manageable on-screen party to try and navigate. Enemies do have a habit of focusing on your companions, though, which undercuts tension as you move in behind them and hack away until they die.

The world of GreedFall is largely beset by tension. With the Malichor illness being such a pervasive threat, the native people of Teer Fradee feeling set upon by colonists, and the colonists themselves seeming to always be at each other’s throats. It is up to you to decide how you wish to navigate that world. The game does an excellent job of providing various avenues to achieve your goals. You might need to search a warehouse owned by the faction that one of your groups members belongs to, and they will ask you to take care and not hurt anybody if you can. You can bust in with blades drawn, or perhaps try to sneak around. Maybe you can entice the guards to drink some wine mixed with sleeping pills.

During a conversation, you might get various options based off your intuition and charisma, which can help to avoid conflict or allow your character to make leaps of deduction based off the information you have already discovered. Exhausting conversation options is essential, as the more you know, the better equipped you are to deal with various factions.

There can be a lot of running around, however, which I didn’t mind at all. It is entirely possible to play the game for quite some time and never really engage in combat to a meaningful degree. Once again, this is something I was okay with, but others might find it a bit dull. Not having every situation boil down to angry words and spilling blood was quite refreshing. It is good to see the game gives so much room for potential diplomacy options. It is even possible to develop allies among a faction that might hate you, and they can prove to be essential friends as the game progresses.

As for the main story, I found it very easy to feel for the natives, despite the sometimes good reasons the colonists had for being there. RPG games set in variant versions of our colonial history often have a way of glossing over the sheer disruption and destruction that these things cause, wrapping them up as anything other than the simple invasions and land grabs they really are. GreedFall does explore the idea of “might makes right,” but it also gives the natives a voice, and allows you to sympathize and side with them every step of the way. Alternatively, you can be the hardcore colonialist who is interested only in achieving his own ends.

As for the world itself, the game works off the idea of various shared smaller worlds that combine into a bigger total. You load between them using fast travel points, or in world load points. How fascinating that world is depends on how close you are to an urban area. There are some lovely vistas to be seen as you approach a city, but much of the wilder regions can be samey and a little dull. There simply isn’t much distraction to be found between mission points. A cursory exploration of these hinterlands usually is enough to discover any secrets they might hold.

The game ran quite well for me on my i7 3970x and GTX 2070, but there were some slowdowns in particularly dense urban areas. Nothing too severe, and certainly nothing I would consider off-putting, and I was running the game at 1440p with all the graphics options cranked up to the max. The game is a little memory heavy, though. So you want to be sure you are meeting those minimum requirements, or you will find yourself dealing with some crashes.

Graphically, while there are definitely better looking games right now, GreedFall gets carried by some solid texture work, excellent lighting, and solid environment design. It is certainly not challenging to look at for hours on end. There are also enough graphic options you can tweak to get the best possible performance from your setup. I greatly appreciate the inclusion of a FOV slider.

Reach For The Brass Ring

As I said at the start of this review, this is undoubtedly Spiders most ambitious game to date, and I would argue it is their best. The game still suffers from issues that anyone who has played Spiders games would recognize. There is not entirely enough polish. The camera can be a little wild when you go through a door or leave a cutscene. Combat and movement feel a little floaty at times. The voice acting is excellent in some areas, and downright poor in others. Object geometry can be a bit obtrusive, and you can get hung up on an object for no apparent reason. These are just some examples of the issues that persist in the game. But the simple truth is that none of them are even close to game-breaking. I can think of bigger RPGs with bigger budgets that had similar issues.

There is also extensive reuse of assets, which becomes apparent when you realize that every leader of every city you meet seems to live in the same house. It’s more an issue of budget constraints that developer laziness, but it is little things like this that undercut the overall experience.

Whatever the faults of the game, it doesn’t detract from the fact that GreedFall is quite fun. The story and characters are interesting, and combat can be quite rewarding if you ramp the difficulty up enough to force you to take advantage of every aspect of it. You need to use the traps, potions, and the tactical pausing to make the most every combat situation. Diplomacy options are also fun, and managing the needs and expectations of the game’s various characters with your interpretation of the world is often fun and rewarding.

It feels like Spiders have worn a particular groove for years, where they produced serviceable games that were interesting. But they’re beset by issues. With GreedFall, a lot of those issues have been improved upon, but not removed, and there is still a blatant case of Double-A status to GreedFall. A forgiving gamer will find a lot to enjoy here. People who are feeling starved for RPG action should have a hoot if they are willing to challenge themselves. However, it still doesn’t come close to the heights of the games that inspired it.