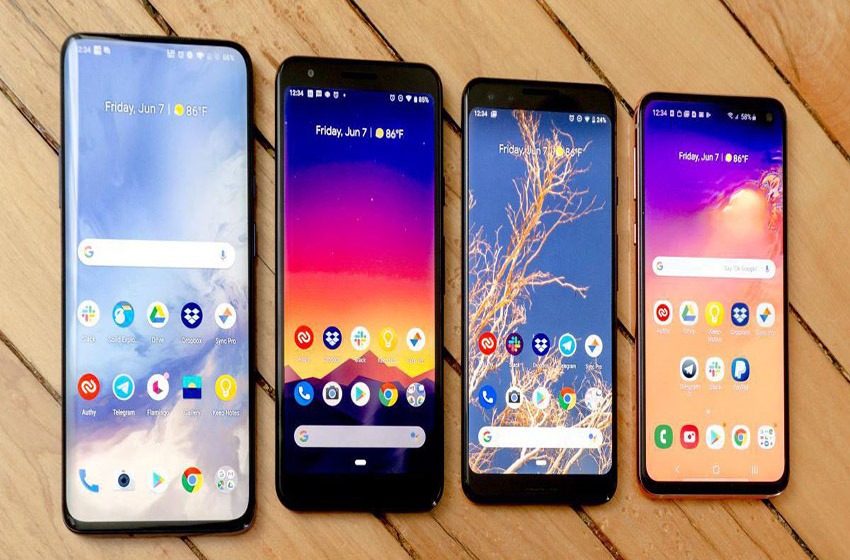 In the mobile gaming world, a lot of free offline games can be much of the same thing. A lot of match-3’s, a lot of tapping, and a lot of Farmville duplicates. Much of the time, microtransactions can make it seem like the game isn’t free, or that you feel like you have to buy something to keep moving forward in the game or for finishing the level. And that takes the fun out of the game and makes it, so you don’t want to keep playing.

The following are the 10 best free offline games you can download on your Android device.

Ghost Pop! is the equivalent to a hole-in-the-wall joint. It is a simple spooky game where you take control of what seems to be a rendition of Little Red Riding Hood type character armed with a flashlight and going through the woods. There, you need to shine your flashlight on some ghosts who want to kill you. Level up your flashlight’s power and beam and make your way to beat your top score. Oh, and there are boss battles where a new challenging ghost summons hoards of smaller ghosts. There are also a few horror movies nods in some cosmetics, such as the girl from The Ring, or Georgie from It, and Chuckie from Chuckie. Charming and cute, Ghost Pop! Is a keeper.

Speaking of horror movies, whether it be the Halloween season, the actual date of Friday the 13th, or you’re just a big horror movie nut, Friday the 13th: Killer Puzzle takes all the jokes and memes of the classic 1980’s series and brings it to your hand. Take on the role of Jason Vorhees as his mother tells him to kill everyone on the campsite. It’s a sliding puzzle, so Jason moves in one direction until he hits something. But once killing all the counselors, Jason’s last kill is on the final girl (or boy) trope. With a few laughs, and some classic 1980’s cheese, and some decently gory visuals (as far as you can get with this cartoonish style), it’s one to play year-round.

This RPG was made by some self-proclaimed old-school gamers who wanted to create an RPG like how classic RPG’s had been. And they did just that and made Eternium. In Eternium, you can choose between 3 classes (Warrior, Gunner, or Mage) and learn skills based upon that class as you level up. Go through areas to defeat enemies and find loot to finish quests and gain a party of unique NPCs. It looks and feels like a classic RPG, and it brought me right back to my Perfect World International days.

Plants vs. Zombies has been a long-time favorite of many and has been one of the top-rated games in the Playstore. Line up your defenses as your only defenses are plants that shoot peas against hordes of zombies. Each level gets a little harder with new zombies to fight against, and larger hordes. Go through the front yard, backyard, and roof with both day and night cycles. Get to the end to unlock extra game modes for all sorts of arcade goodness. An oldie, but a goodie, it’s no wonder it’s stuck around for so long.

Flying through the air while doing some nifty jumps and cool flips? Sign me up. Another game that brings back the feelings of nostalgia as this hand help the snowboarding game brought me back to the PS2 days of SSX Tricky, just without the written sassy dialogue at the beginning. Snowboard Master has you fly down snowy hills, collect skill points by maneuvering flips, spins, and tricks to try and get first place.

Following up on the popularity of it’s hit Netflix series, Stranger Things takes another road trip back in time as it sets its game up in the style of old 80’s pixel story arcade games. While it doesn’t follow the exact plot of the show’s first season, it is the same presence. Play as the main characters from the show, each with their unique skills and ways to help the group get to the bottom of the mystery surrounding their supposedly quiet hometown. Even if it’s under the same name, new puzzles and adventures are waiting.

No, this isn’t the Playstation series brought to your phone, it’s a puzzle game starring the cast of the treasure hunting and lost city finding games. You play as Nathan Drake making his way through stepping puzzles to obtain keys, emblems, and pieces of treasure to complete each level. You’re joined by Sully for quips and comedy, as well as some useful help when you get stuck in the wrong spot. Use your wits to keep Nathan alive and collect each piece to find more maps and discover new areas that keep getting trickier to move around in.

Plague Inc is a game that simulates you creating a deadly disease and wiping out the entire population of Earth before scientists can create a cure and stop your progress. After naming your disease and choosing what country it will start in, you unlock upgrades to increase its ability to infect people, survive in other climates, and eventually become lethal and kill humans before they have a chance to survive it.

This is a rather adorable set-up. You play as Erica, a uni-student who’s trying to set up a spa birthday party for your close friend Haru. Why? Because it’s Haru’s birthday and she’s got a new job! But there is one downfall to the new job; her first day didn’t go as planned because of some forms she had to fill out. Haru is a transgender woman, and the forms had her fill out her legal gender and not the gender she identifies with. So you being a great friend, try to take her mind off of all that by setting up a fun girls weekend. With an adorable art style and relaxing music, the goal is to make Haru’s birthday the best! Anything more said might ruin the story of these girls’ friendship.

Card Thief is not a full card game like Hearthstone. It is a game that has the aesthetics of cards where you play a sneaky little magpie (yes, the bird) trying to steal some coins and escape. At the beginning of each round, you have a specific amount of stamina and stealth. Sneak your way past guards and knock out lights (to be even more sneaky), to collect some treasure and escape. To finish a level, you have to go through an entire deck alive. Use your steps wisely because you only have a limited amount each time.

Sentence is a simulation game where you play a phone on your phone. You take control of the side of Henry, a man who is being accused of murdering a young man and taking his girlfriend hostage. You team up with a computer analyst and a journalist to get to the bottom of this before your case in 5 days, where the verdict against you will be ‘guilty.’ Each text response you choose matters in relationships and how the person will respond to you. Get down to the bottom of this mystery before it’s too late.