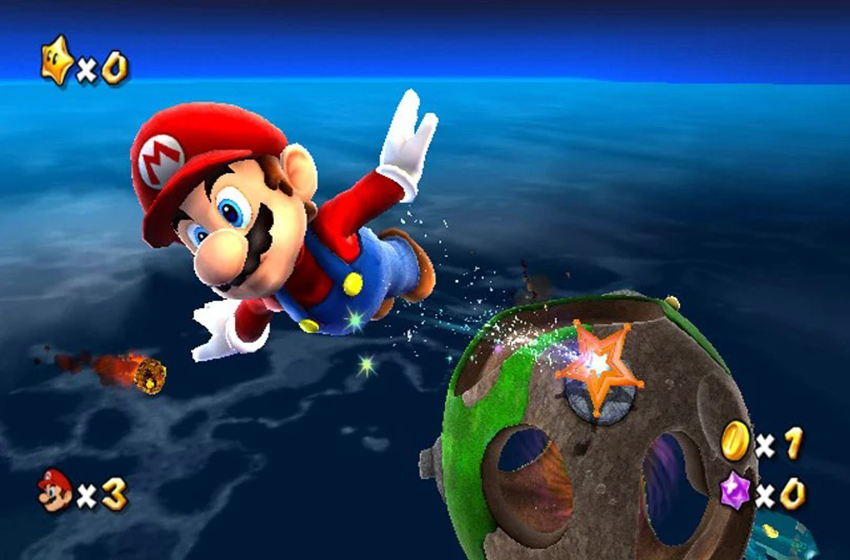 In 1981, an arcade cabinet named Donkey Kong released featuring a man named Jumpman trying to save his girlfriend, Pauline, from the titular ape that kidnapped her. After some time, Jumpman became Mario and starred in 1985’s Super Mario Bros., going on to become the most recognizable character in video games.

Over the decades that Mario has appeared in games, he has appeared in a variety of genres. From his iconic platformers to his kart racing fun to the powered-up sports games, Mario has about seen it all. With the 35th anniversary of Super Mario Bros. bring upon us, let’s take a look at the top 10 Mario games of all time.

When the Nintendo Switch was revealed, we got a quick look at Mario running in a desert town. This game turned out to be Super Mario Odyssey and released in 2017. It is a 3D sandbox that is a nod back to games like Super Mario 64 and Super Mario Sunshine. Instead of power stars or shine sprites, Mario is collecting power moons, and there are thousands of them in the game to collect.

The game starts with Mario battling Bowser on top of an airship. Bowser has (once again) kidnapped Princess Peach and is planning to marry her. Mario is knocked from the ship, and his trademark cap is destroyed. He then meets with a ghost-like hat creature named Cappy, who replaces Mario’s cap, and the two set out to save the day.

Cappy gives Mario one crucial ability that is unique to anything the series does before. If Mario throws Cappy at anything not wearing a hat, he takes over their body until deciding to leave. That means that throughout the whole game, Mario’s moves vary greatly depending on the creature he takes over. From frogs to automobiles, there is a ton of stuff to capture in Super Mario Odyssey.

Super Mario 64 is Mario’s first time jumping into the 3D plane. It was an instant success and became one of the most important ’90s video games released. At the time, game companies were trying to figure out how to make 3D games properly. There were issues from how to control the camera to how to make moving feel right, and Mario 64 hit it out of the park on both accounts.

Bowser has kidnapped Peach and trapped her, along with all the toads, inside the walls of her castle. To defeat Bowser, Mario needs to jump into all the paintings in the castle, which teleport him to different worlds, so he can collect power stars to lift the spell trapping the castle inhabitants.

This game saw the debut of several key Mario moves that remain a fixture in the series today. This was the first time Mario could jump three times in succession, each time getting higher in the air, and his long jump made covering more significant distances easy and fast. For many, Super Mario 64 was the first example of how video games could transfer into 3D environments and still be a great time.

For many people, Super Mario World remains the best Mario game of all time. It was the fourth Mario platforming game and seemed to refine everything the series had seen up to that point into something better. The new feather power-up let Mario fly indefinitely, depending on how good at it you were, and Yoshi made his debut in this game, letting Mario ride him to give an extra hit without losing your power-up and eating enemies.

Stop me if you’ve heard this before, but Bowser has kidnapped Princess Peach, and Mario needs to go to rescue her. For the first time, the overworld map allowed you to go back to previously played levels without needing to start a new game, and several levels featured multiple exits that would open new paths in the overworld.

Super Mario World was a perfect example of Nintendo at the top of their game in the early ’90s. It was a strong reason for fans to champion the plumber against Sonic the Hedgehog during the console wars with Sega.

While Mario Kart 8 made its debut on the Wii U, it’s the Switch port that is superior because of the changes to the battle mode that was lacking on the Wii U. The classic Mario Kart gameplay returned here with gliders and underwater driving returning from Mario Kart 7. The significant change this time around was the anti-gravity driving. Tracks featured roads that would spin and flip upside down, and for the first time, guests from other Nintendo games are playable, including Link, Isabelle, and the Inklings from Splatoon.

All the classic items you know from past Mario Kart games returned, including the feather that had not been seen since Super Mario Kart on the SNES. Also, in the Switch port, racers could carry two items at once for the first time since Double Dash on the Gamecube. Mario Kart 8 Deluxe is Mario Kart at its very best and is a must-buy for any Switch owner.

Super Mario Galaxy 2 is another journey into space for Mario. Bowser has kidnapped Peach and is set to create his empire at the center of the universe. Mario chases him throughout space on a spaceship that looks like his head. On the way, he teams up with Yoshi and runs into Luigi as well.

Like the first Mario Galaxy, every planet has its gravitational pull, so you routinely jump from planet to planet in levels. Mario’s main force of attack is his spin, which is pulled off by flicking the Wii remote and then following up with jumping on the enemy.

Super Mario Galaxy 2 was initially intended to be a companion piece to the first game that would switch up smaller aspects of what was in there. However, after adding so much new stuff, it was decided to become a sequel and went on to be one of the best games released on the Wii.

The first Mario Party set out to decide which of Mario’s friends was the real superstar. The game was a neat idea and, since then, has had over 10 sequels released on various platforms. It was the first sequel to nail the party aspect the best, though.

In Mario Party 2, the same ideas are brought to the table. Four players move around a board while collecting as many stars as possible. Mini-games are held at the end of each round of turns to earn coins to buy those stars and items. Every board in the game has a theme that has all characters dressed up to match, including cowboys, pirates, and more.

The mini-games in Mario Party 2 were much better than the original, either by being updated or bringing in brand new ones that felt much better. While there could be debate regarding the Gamecube Mario Party’s being on this list, Mario Party 2 stands out for how it built off of what the first game did.

Super Mario Bros. 3 was, at the time, such a massive jump in quality from what came before it, both in terms of graphics and level design. The stage play setting and models of characters are a night-and-day difference when compared to the original Super Mario Bros. Each overworld section (a first in the series) had its theme, which was handled brilliantly in each level’s design.

New enemies made their debut in Mario 3, including the angry sun that terrified kids, and chain chomps. Players were also introduced to the iconic super lead power-up that gave Mario a raccoon tail and ears and allowed him to fly for a short time.

Super Mario Bros. 3 remains in contention with Super Mario World as the best 2D Mario games today. Everything from the classic sounds to the fun level design to the evolution of the series makes it stand out from anything else on the NES.

During the short life of the Wii U, there wasn’t much to warrant buying the system. Super Mario 3D World was one of the few reasons why you should. It took ideas introduced in Super Mario 3D Land on the 3DS and ramped it up to 11 with gameplay and design that stands out on the Wii U.

Like 3D Land, 3D World went about showing what it would be like going through a 2D Mario level, but in a 3D environment. Surprisingly, Peach was not kidnapped by Bowser this time and was a playable character alongside Luigi and Toad, a first since Super Mario Bros. 2 on the NES. Instead, the four are trying to save the Sprixie Princesses captured in jars.

Four people could play through levels at the same time, either working together or causing chaos like four people sharing a screen tends to do. Also, the catsuit was introduced as a new power-up that allowed players to climb walls and pounce on enemies, becoming the most notable of current day power-ups introduced. Super Mario 3D World is a great game that deserves to be played by fans of the series if it ends up coming to Switch as recent rumors suggest.

Super Mario Maker on the Wii U was another of the few reasons to own a Wii U. Create your own Mario levels with backdrops taking place in Super Mario Bros., SMB3, Super Mario World, and New Super Mario Bros.? That is a kid’s dream come true alongside playing countless other levels created by players across the world.

While it didn’t hit the same popularity online as the original, Super Mario Maker 2 expands on the first game in many ways on the Switch. Many of the first games missing features were addressed here like slopes being added and online play (although with Nintendo’s history of online multiplayer, it still is not a great experience). Super Mario 3D World levels are even able to be created in 2D style with the potential for more games to be on the way. There were also a ton of Nintendo created levels in the story mode that tasked you with rebuilding Peach’s castle.

Super Mario Maker 2, like the first game, is an infinitely replayable game that is great for people with a creative side, or those that want to try something new. The odds are that someone has had some kind of idea that you never thought of with Mario’s design.

The Paper Mario series is a return to the RPG genre for Mario that saw great success on the SNES with Super Mario RPG: Legend of the Seven Stars. Its debut on the Nintendo 64 was welcomed heartily by fans, but The Thousand-Year Door on Gamecube was the best in the series.

The Thousand-Year Door starts with Mario receiving an invitation from Princess Peach to search for a treasure shown on a map she had bought in a town called RoguePort. When Mario arrives, the Princess has gone missing, and he sets out to find the crystal stars he believes she is looking for.

Like the N64 title, Thousand-Year Door featured walking around a world made of paper, collecting items, befriending allies, and battling in turn-based combat that was set in front of an audience this time around. The journey was an epic adventure that spanned much longer than traditional Mario games. Games following this entry in the series took a drastic step backward in terms of quality gameplay. Still, hopefully, we receive another game soon that focuses on the RPG mechanics that made Thousand-Year Door so beloved.