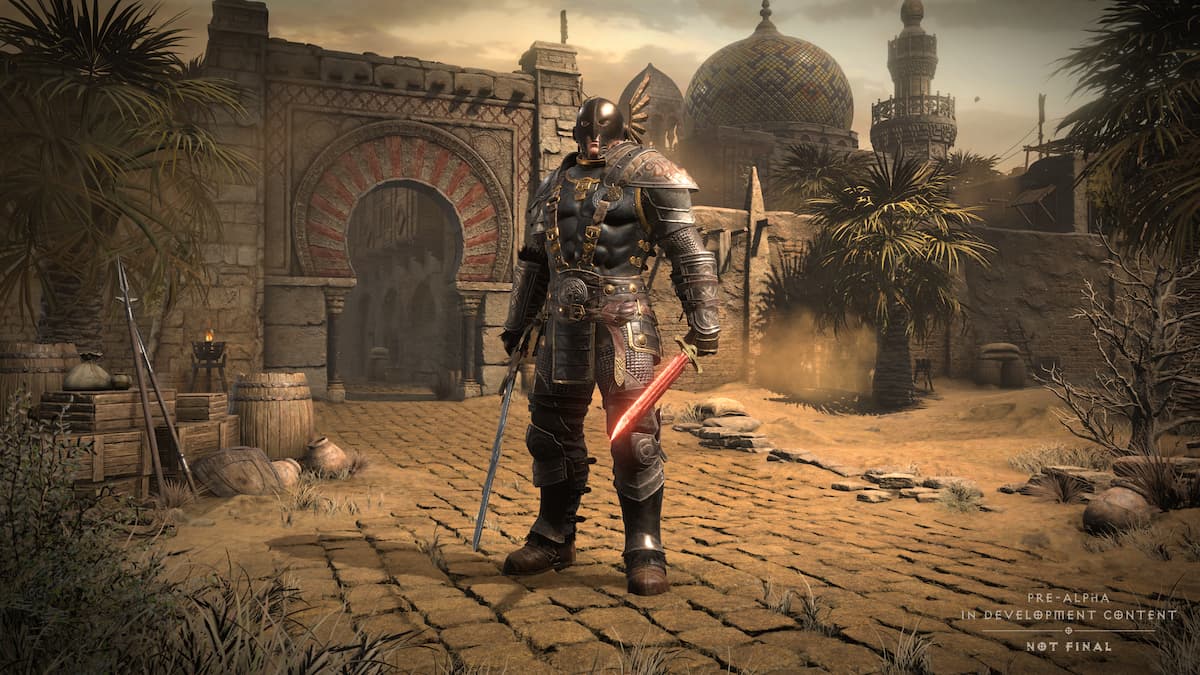 In talking with both Game Producer Matthew Cederquist and Principal Designer Robert Gallerani about Diablo II: Resurrected, one thing was made completely clear: They want this to be an “authentic” experience. Something that plays just like you remember the 2000 classic playing. Sure, it looks exceptional, but under the hood, this is Diablo II.

In short, that means players shouldn’t expect too many big changes outside of some important quality of life features. So while we will be getting things like a shared stash between characters and auto gold pickup, they aren’t adding on another act or anything too major. This release is purely a remastered version of classic Diablo II, with a few bells and whistles.

However, just because the Blizzard team isn’t making changes to the game doesn’t mean the community can’t. Players who have kept up with Diablo II over the last 20 years will notice that many of those quality of life features that Blizzard is implementing actually came from the modding community. For instance, PlugY did so much to improve the single-player experience by adding that shared stash. It also gave players an expanded stat screen, which is yet another new feature that the team is implementing straight into the live game.

However, there are many mods out there that do add to the experience with new and updated content. Take something like Median XL, which essentially makes a completely new Diablo game. There are hundreds of new skills to experiment with, thousands of unique items to hunt, and new end-game content to sink your teeth into. For players looking to spice up their next Diablo II game, those mods are a godsend.

There’s also the “dirtier” side of modding. Whether we’re talking about duping, botting, or maphacks, there are countless mods out there that any company is going to try to get rid of. And, while modders will always find a way, Gallerani was clear that “with the shift over to modern Battlenet… those mods aren’t going to be as easy to do.” That said, he made sure to say that the team “totally encourages mods” for the upcoming remaster.

That’s music to many fans’ ears. Diablo II is fantastic, a titan of the ARPG genre. However, the creativity in the modding scene is one of the biggest ways the game has been kept alive over the past two decades. Even if you’re not as deep into the Diablo II modding community, you can easily look to the rise of randomizers for classic games like The Legend of Zelda: A Link to the Past and Super Metroid to see the impact a great mod can have on the community around an older game.

So, while you won’t be able to just take your files from Median XL straight over into Diablo II: Resurrected, the opportunity will be there for modders, new and old, to give the old girl a spin. Whether that means porting something like Path of Diablo onto the new game or starting up something completely new, the tools will be available.

You might think this was a given. After all, they’ve repeatedly said this is a remaster. They just want to bring forward the game everyone loves without losing its soul. However, for anyone following Blizzard’s releases over the last few years, mod support was far from a sure thing. In fact, even being able to play offline in single-player or over a TCP/IP connection felt up in the air until Cederquist and Gallerani confirmed it in our chat.

That trepidation came down to how the company handled the release of Warcraft 3: Reforged. When that game released, not only did it take away so much of what made the original great in terms of ways to play, but you can’t even play the old version anymore. It just doesn’t exist without significant work from the end-user.

That’s unacceptable for a game as storied as Warcraft 3, and the fear was that the same thing would happen with a Diablo II remaster. Fortunately, that doesn’t seem to be the case. Not only are mods, singleplayer, and TCP/IP play supported, but the old game will still live on. If you don’t want to drop $40 to play the remastered version, you’ll still be able to enjoy old Diablo.

That also means all the work the modding community put in isn’t just going away. If the Path of Diablo team doesn’t want to move their efforts to the new game, they don’t have to. Sure, they’ll miss out on some of the nice quality of life features Blizzard is implementing, but they’ll still be able to play the game they love exactly how they want.

For me, that’s exactly what a good remaster should do. Update the game to modern standards, but leave the old game alone. If players want to play that way, they should absolutely be allowed to. Obviously, it gets a bit weirder with online games and the potential shutdown of servers. However, keeping those games pure for the fans is so important, especially for a game with such a massive community.

So, while there’s still likely some understandable fear in the community after how Warcraft 3: Reforged was handled, it certainly seems like the team has learned from those mistakes. Diablo II: Resurrected appears to be exactly what fans want: a faithfully authentic experience that lightly pushes the game into the modern era, while allowing fans to stay with their beloved classic if they choose to. Hopefully, staying true to the original product will result in a thriving player base and a reignited modding community. In addition to best-in-class design, those are the two pillars I’ve always associated with classic Diablo, and it’s phenomenal to see the company still seems to agree.