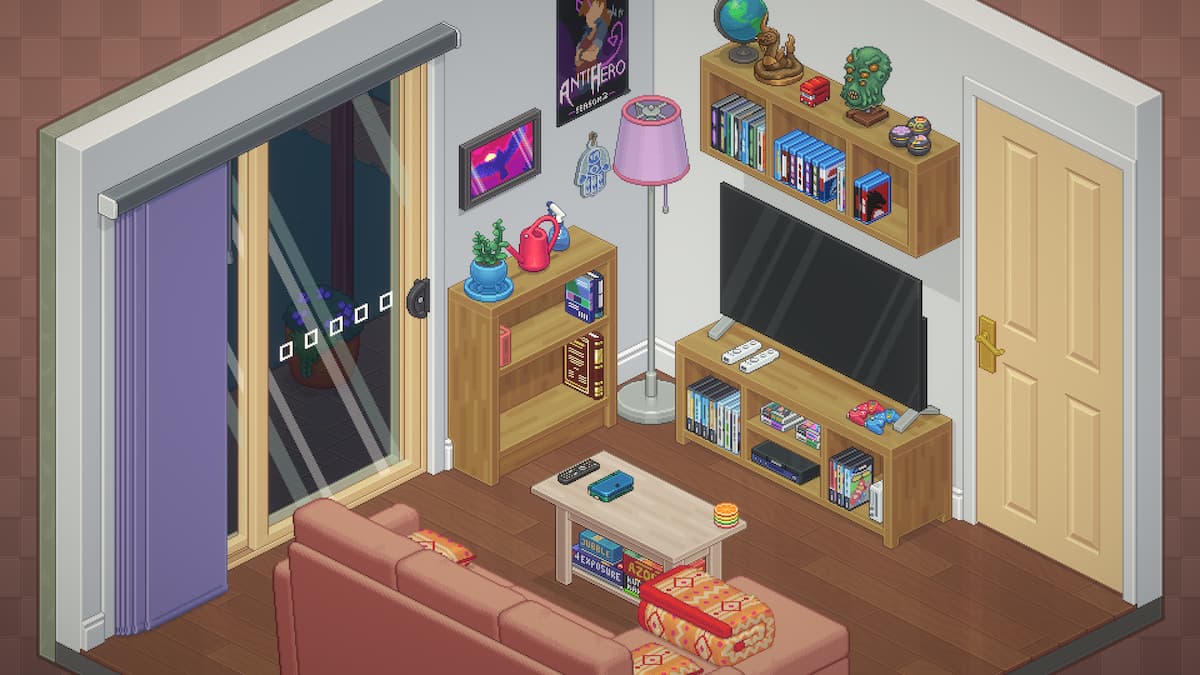 I’m told that the idea of constantly moving between places is a very “American” concept. Whereas my family in the Philippines is accustomed to staying in the same family home for generations, I’ve been moving from one new space to another — twice in the past year, in fact. It is a stressful ordeal every time, but around the time of my most recent move, I happened to be playing Unpacking from developer Witch Beam. What resulted from playing the puzzle game was an enlightening recontextualization of how interacting with my personal physical space affects my mental space — and I loosened my anxiety over building a complete, “perfect” home.

You’d think that we’d want to escape reality through video games, but what Unpacking provided was some catharsis and perspective. There are some obvious reasons why moving is such a trying experience: finding a new space, the logistics of packing, the monetary cost of transport, and the manual labor that comes after. But in Unpacking, those steps are already completed. All the player needs to do is to take objects out of cardboard boxes and organize them into your character’s new space. What Unpacking brings to light is how tolling that final step is, even compared to the ones that come before it.

Related: Where to put every item in 1997 – Unpacking item placement guide

Unpacking presents isometric pixel art displays of rooms, with each level of the game depicting a specific year and stage of your character’s life. Using the cursor, you’ll open boxes and pull items out one by one, and your task is to place them all in a “correct” spot — the game won’t progress to the next level until everything is generally where it should be. It might seem limiting at first, but it leads to some interesting and subtle storytelling. For instance, the 1997 level in your childhood home has what seems to be a secret diary, and I completed the level by placing it hidden in a drawer. In another instance, a level depicting 2012 included a picture of the character’s ex; as a joke, I hid it under the bed, only to find that this placement registered as “correct.”

There’s a lot one could gather from how someone puts their room together, and that serves as the emotional core of Unpacking. Being presented with a blank room and fitting physical artifacts of this character’s life as a literal puzzle was a thematic success. I rounded back to my own personal experience when I thought about my own blank rooms upon moving into a new place, and the daunting task that comes with it.

Related: Where to put every item in 2007 – Unpacking item placement guide

In Unpacking, I’m laying out objects to find out more about this character and progress through a video game, but I’m also consciously thinking about the practicality of my placement. By the time I got to levels with kitchens, the reality of adult life hit. Where is one to fit all of these pots and pans? What is a logical organizational structure for each product and utility? I self-scrutinized every decision even though there were no serious stakes, attempting to make this character’s desk as optimized as possible and the closet as clean as it could be.

With a real bedroom space, there are so many considerations to take in: where the outlets are, which way the windows face, how far away the bathroom is, the amount of closet space, the size of your furniture, etc. Luckily, these aren’t challenges in Unpacking. Real life is a different story, however. Unpacking depicts a change of residence as a snapshot in one’s life, a picture to compare to the ones taken before to show personal progress. In reality, those decisions we make while moving have an effect on our lives every day.

Related: Where to put every item in 2010 – Unpacking item placement guide

My most recent move was my first where I had to consider a shared kitchen space. The apprehension that came from integrating my own kitchenware with my roommates’ recalled Unpacking levels with similar scenarios. There, I had to contend with other people’s systems and logic (or lack thereof, in some cases) and the fear of my possessions getting lost and mixed up — at the very least, the game didn’t give me the social anxiety of trying to figure that out with the roommates. In Unpacking, I could move my character’s boyfriend’s stuff around as I wanted to, without the fear of any consequences.

That is perhaps where I figured out the solid disconnect between my real experience and Unpacking, though this isn’t a slight towards the game. In Unpacking, the transition from one time period to the next gave me an opportunity to feel emotionally invested in the developments of my character’s life; I was just along for the ride. Real life quite obviously moves a lot slower, and playing Unpacking helped me reach a conclusion to relieve my stress.

There shouldn’t be any pressure to make one’s living space instantly perfect the day you move in — living is a constant and iterative process, even in the same home. Gradual changes, adjustments, and additions will contribute to making my quality of life better every so often. Of course, there are aspects out of my control: the noise from neighbors, the odd placement of my shower and bathtub, and the very disturbing fact that half of my floor is somewhat tilted. But what really matters is comfort overall rather than reaching some arbitrary idea of “completion” from your head.

Related: Where to put every item in 2013 – Unpacking item placement guide

Many games idealize or encourage the concept of a perfect living space. Animal Crossing: New Horizons is a big example — think of how your friends, and perhaps you yourself, show off your villager’s bedrooms with pride. In the end, almost nothing in that bedroom has any function, and your bedroom is essentially a diorama. Again, not a slight: imagining your dream home can be a productive exercise.

It’s healthy to strive for a living space that you love, but Unpacking condensed the moving experience and let me reflect on it from the outside. The analogy of a move being a still snapshot of your life rings true, but actually living in that space afterward is more like a moving picture. At this point, I’m fully moved in and I’ve learned to live in this room of mine, but my walls are still bereft of any decorations or color. Now without pressuring myself, I can slowly fill that space in.