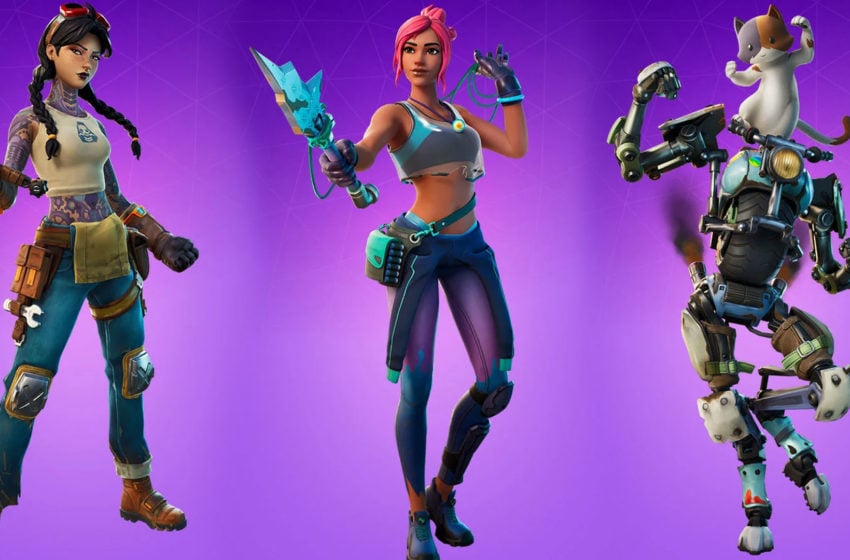 Fortnite Chapter 2 Season 3 has introduced a new map, new locations, and of course, new places of interest. This means new area bosses in the form of Jules, Kit, and Ocean. As always, the area bosses are tough to kill, but dropping them will net you some sweet Mythic weapons, and a keycard to open up the nearby Vault.

When you pick up the keycard, the route to the vault will be clearly marked on the screen for you, just make sure you are holding the keycard in your hand to see the on-screen waypoint.

Make your way to the Authority at the center of the map and track down Jules. She mostly seems to spawn in the plaza on the ground floor of the authority. Kill her, and she will drop Jule’s Glider Gun and the Drum Gun, a two-for-one deal on Mythic Weapons. The Authority Vault is located in the basement.

Kit can spawn anywhere near Catty Corner. Kit is a tiny cat with a large robot body, so be careful as he is armed with some particularly powerful Mythic Weapons. He will drop the Mythic Charge Shotgun and the Mythic Shockwave Launcher. The Vault at Catty Corner is located in the yard outside the main building.

Ocean can be found at the Fortilla in the southwest corner of the map. Ocean will also drop the Bottomless Chug Jug, a Mythic Chug Jug that will never run out of shields. After you use it, it will recharge, allowing you to use it again. The Vault is located in the northwest building in the Fortilla.