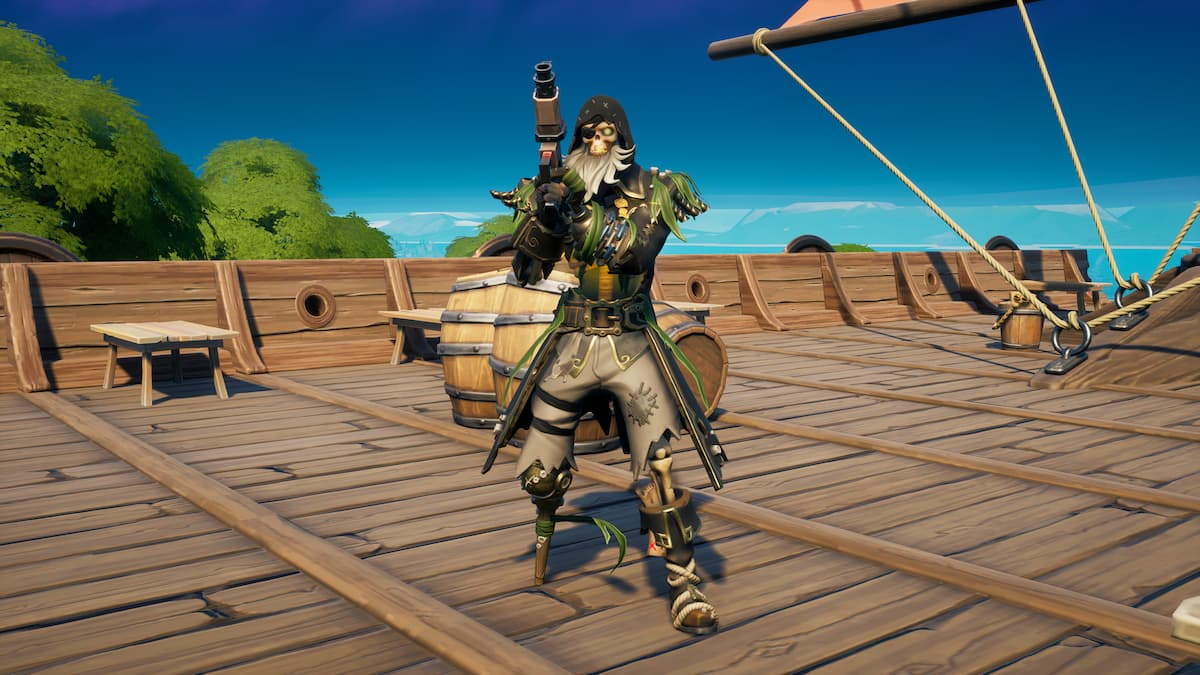 Fortnite Chapter 2 Season 6 has mixed up the boss fights in an unusual way. The bosses this season as a select group of NPCs that will attack you when you get too close. If you can take them out, you will get access to their friendly versions instead and can get quests and buy items from them.

Below, you will find a list of all the bosses, and maps of where to find them. Be careful, as they have a lot of shields, and some of them are packing some surprises. They won’t show up as a little speech-bubble when you get close to them, like the standard NPCs, so make sure they don’t get the drop on you.

Raptor can be found at the Crash Site to the southeast of Coral Castle. He will attack with a Primal SMG that he drops when eliminated, and will also throw grenades.

Blackheart has kicked Ragnarok out of the Viking Vessel, and can be found wandering the deck.

Zenith can be found at the Weather Station to the south of Catty Corner. He is normally wandering around the second floor of the main building.

Jekyll is an usual one, because the first time you find him he tries to kill you, but after that he will turn into a standard NPC. We don’t really believe he is a boss, but he is not a normal NPC either so he made the list.