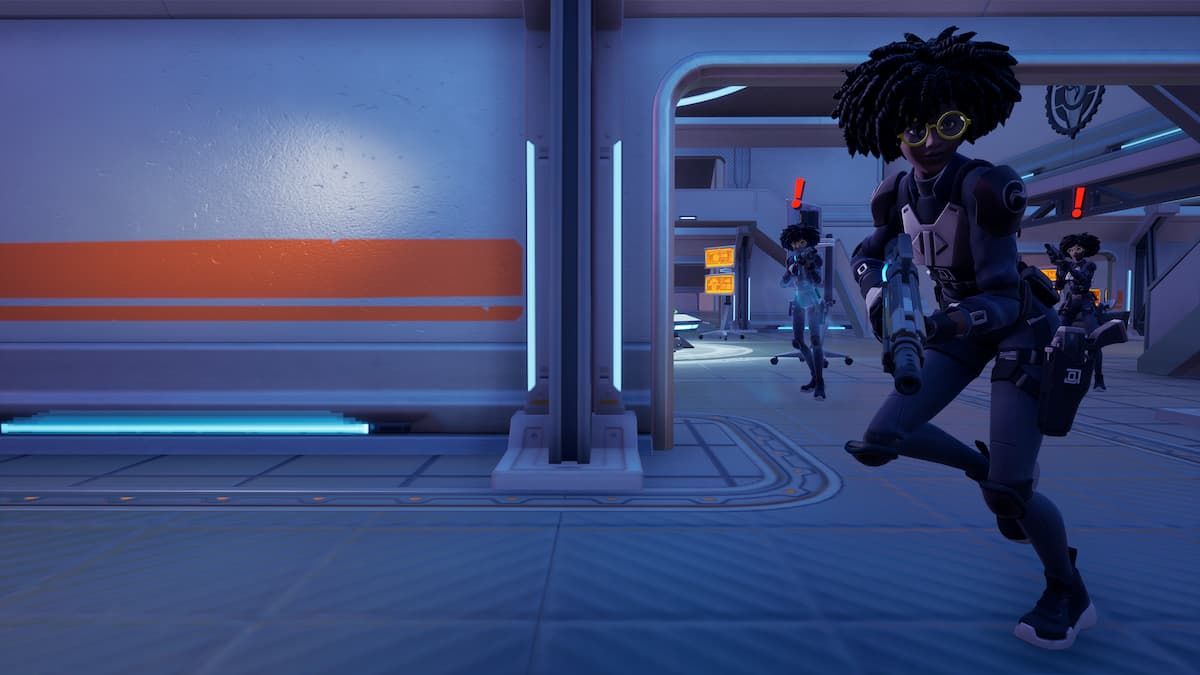 As always, Fortnite has plenty of NPCs located all over the island in Chapter 2 Season 7, and some of them are boss characters. There are three bosses in total on the map so far, and all of them will automatically aggro to you if you get too close, so don’t go and visit them unless you are spoiling for a fight.

Two of them will sell you Exotic weapons after they are defeated, while one of them will drop a Mythic weapon when eliminated.

Doctor Sloane is maybe the truest boss in the game so far this season. She is armed with a Mythic Pulse Rifle that she will drop when eliminated, and can split herself into multiple copies, making a gunfight dangerous. She can be found at Corny Complex, in the underground base that you can enter through the porta-potty in the main house.

Riot can be found near the steel bridge between Misty Meadows and Catty Corner, and he will be patrolling the area on the Misty side of the bridge. Once again, he will automatically aggro to you, and when defeating he will be happy to sell you the Storm Scout Exotic weapon.

Guggimon can be found near Lockie Lighthouse on the north side of the island. He will aggro to you when you get too close, and you will need to take him out and turn him into his ghostly form before he starts to behave himself. Once this is done, he will happily sell you the Night Hawk Exotic.