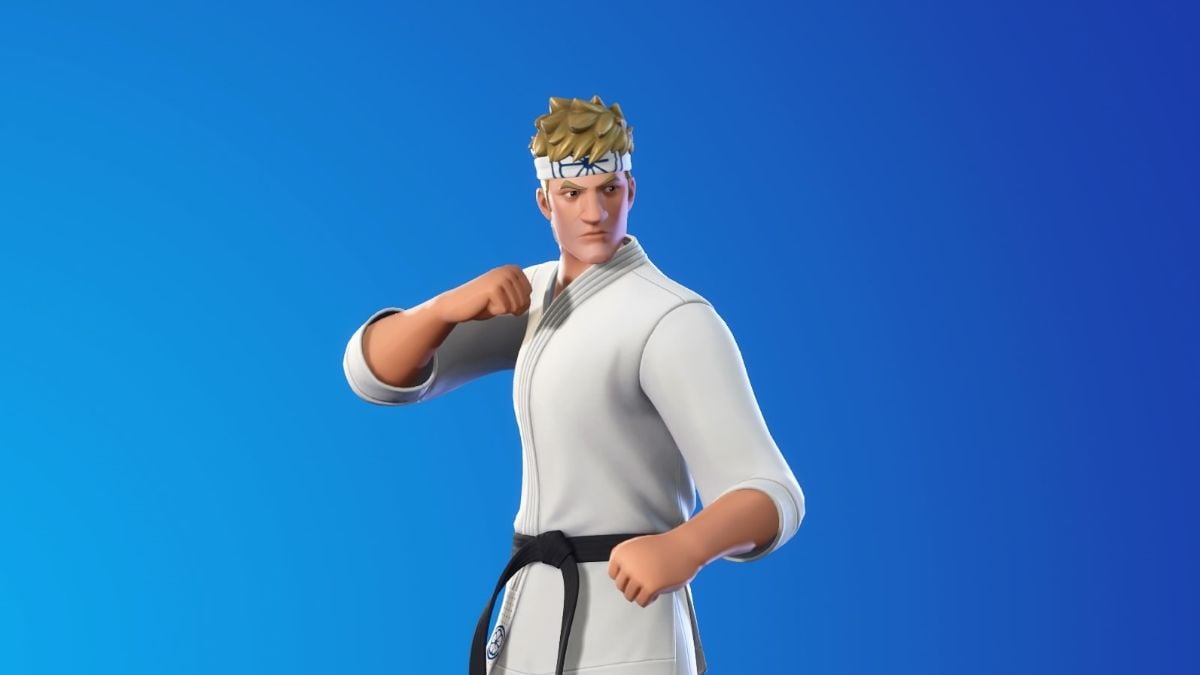 Cobra Kai Season 4 is here, and to celebrate, Fortnite has introduced some new skins to the game inspired by the show. Unfortunately, they’re not based on the characters from the series.

Yes, Epic Games has made their own characters wear the karate gi from Cobra Kai and The Karate Kid, including Fortnite’s main protagonist Jones. You can outfit these karate fighters in three different styles: Cobra Kai, Eagle Fang, and Miyagi-Do. All of the iconic imagery from each of the three dojos are shown on the back of the karate gi in different colors.

The characters that feature the wonderful karate kit include:

Each of the characters is 800 VBucks each with either the male or female characters bundled for 2,000 VBucks. In addition, the iconic Crane Kick is available as an emote. The iconography of Miyagi’s teachings and the Cobra Coin symbol is also a back bling.

This practice of not including the actual characters from the series has been done before. When Ghostbusters: Afterlife was released earlier in 2021, original Fortnite characters wore the uniforms from the series, proton pack and all. Maybe in the future, we can play as Daniel LaRusso and Johnny Lawrence, but unfortunately, for now, that is not the case.