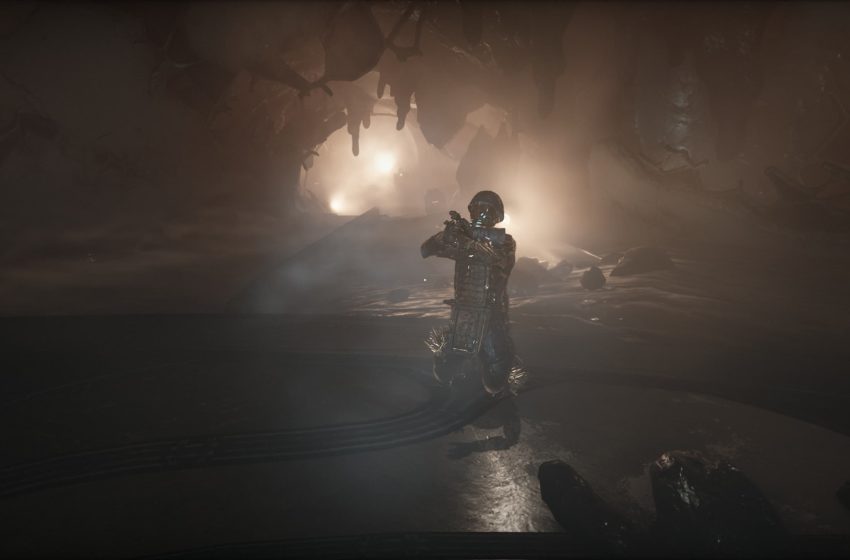 The Glassmaker has found another victim in Warframe, creating a fourth crime scene for us to explore. Some poor soul has been turned to glass, this time a resident of Fortuna in a dark tunnel, left to die alone. These crime scenes play out just like the Laverian, and you can walk around them and explore the area for clues.

You will start with the victim directly in front of you, and we will lead you to each piece of evidence from there. Remember, the evidence locations can change, this article is more of an example of places to check, as the evidence might be in a different location in your game. It should still lead you to at least some of the evidence, however.

The good news about this crime scene is that it is pretty simple, and a straight walk down the tunnel from top to bottom on either side should get you all the evidence pieces.

Start at the very top of the tunnel, and you will see an industrial platform. Our first piece of evidence was located here.

The second piece appeared in a dark spot on the left side of the tunnel, between the platform and a bright light about halfway down.

The third piece appeared right behind the bright light, so check there fully to make sure, as it can be hard to spot.

The fourt peice was on the right side, beside a small broken wall just beside the victim.

The final piece of evidence was found on another industrial lifter at the end of the tunnel, on the right-hand side.

After you collect all five pieces of evidence, pay special attention to the details written on them, then interact with the victim to take a shot at the puzzle. Each piece of evidence gives you the answer to one of the questions, but it is random for each player, as there is a range of different information each clue can give you. You will also need to make sure you have enough Cepahlite Resonance to try the puzzle. If you need help with the fourth crime scene puzzle, be sure to check out our useful guide.