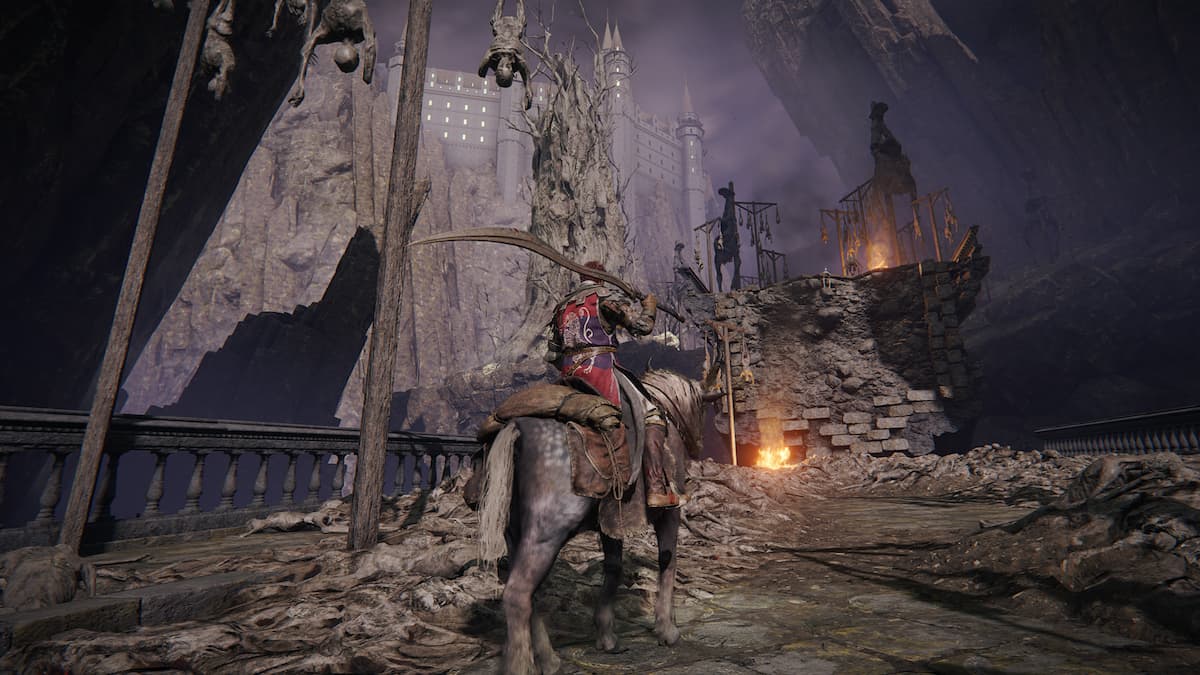 Like previous Soulsborne titles, Elden Ring features seamless multiplayer activities woven into its single-player gameplay. To enter multiplayer, players use a system of interconnected items and take on specific limited-time roles. Some of these Elden Ring items can be crafted, bought, or found around the Lands Between, and all of them are accessed through the Multiplayer menu. Note: Unlike other games in the series, Elden Ring lets you collect items from other players’ worlds.

This is the simplest multiplayer item in Elden Ring, used strictly to leave notes for other players. These notes will show up in random players’ worlds.

This aggressive item is used to invade other players in Elden Ring. After using a Bloody Finger or its Festering variant, you will attempt to breach into another player’s Lands Between. If you succeed, you will take on the role of Bloody Finger, tasked with destroying the world’ owner, also referred to as Host of Fingers.

As you can probably imagine, the Taunter’s Tongue is used to invite players into your world for PvP. Using the Tongue allows Bloody Fingers to invade your world. Normally there is a delay following an invasion during which you cannot be invaded again, but if you use the Taunter’s Tongue, this delay will be much shorter. It also notably allows up to two other players to enter your world as invaders.

These two multiplayer items are used in conjunction to allow Elden Ring players to reinforce each other when under attack. If a Bloody Finger player is invading your world, you can use the White Cipher Ring to request help from other players. In order to answer your call, players must be in the Ready state. Using a Blue Cipher Ring puts you into the Ready state: if a player calls for help with a White Cipher Ring, you will be summoned to their world instantly as a Hunter. You can both types of Cipher Rings at Roundtable Hold.

These two Elden Ring multiplayer items are used to create Summon Signs. The Tarnished Furled Finger creates cooperative Summon Signs, letting you show up in other players’ worlds as a cooperator (or Furled Finger in the game’s language) to help them defeat bosses. The Duelist’s Furled Finger does the opposite: its Summon Sign creates a competitive Summon Sign in another player’s world, and if they interact with it using the Furlcalling Finger Remedy, they will invite you for a fight; if you defeat them in their world, you can return to yours. Note: You cannot have more than a single Summon Sign in play, and creating a new one will delete the previous one.

You can use the Furlcalling Finger Remedy multiplayer item in Elden Ring to reveal Summon Signs, bringing in players from other worlds. Cooperative Summon Signs are shown in Gold, and competitive signs are Red. If you use either type of Sign, you will become Host of Fingers. As a Host of Fingers, you can then use a Finger Severer to banish a summoned player back to their world; you can also use it on yourself to return to your Lands Between if you are currently visiting someone else’s.You can crat Furlcalling Finger Remedy with two Erdleaf Flowers.

Finally, because the terminology can get a little tangled up, here is a summary of the multiplayer roles players can take on in Elden Ring: