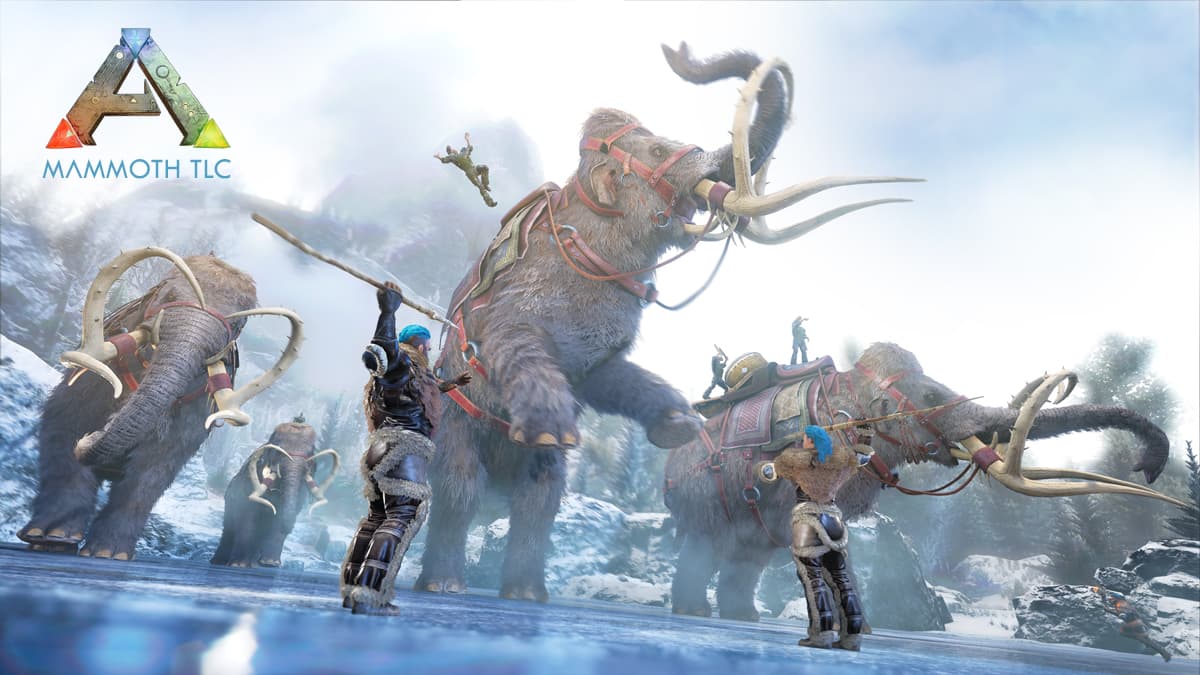 Ark: Survival Evolved’s mammoth was never a bad creature in the game. The mammoth shined as one of the earliest wood-gathering dinos available. With the saddle unlocking around level 30, players could get the mammoth earlier than the therizinosaurus or the castoroides. It had a weight reduction buff for wood, enabling it to carry large amounts, similar to the ankylosaurus with metal. It had its place, but it wasn’t a quality tame. Plus, the model left a lot to be desired.

The TLC took all the good things from the mammoth and made them better. It still gathers wood and has a weight reduction buff for the wood. The saddle still unlocks around level 30, making it accessible earlier than for its competitors (except the post-TLC stegosaurus, who now fills a similar niche). The mammoth TLC gave it a new, streamlined model, a better-looking saddle, and outfitted it for war. While the stegosaurus is a capable creature in PvE or PvP, the mammoth’s changes had tribe wars in mind. The mammoth runs faster now, letting it charge players or enemies out of its territory.

Between the newly updated stegosaurus and the mammoth, we still like the mammoth for your main wood gathering tame. The stego’s attack is faster and helps it gather a little more wood, but it cannot carry it. You will be able to carry more with the mammoth, even if it doesn’t gather as quickly.

The mammoth’s new war drums utility is designed to maximize PvP conflicts. The new saddle has a second seat for a tribemate. Taking the second seat puts the player on a drum platform. Playing the drums activates an easy, timed minigame where players press almost any button at the right time to activate a buff. The war drums buff increases stamina recovery and makes the targets immune to fear.

We used Awesome Spyglass to see if this buff applied to dinos or just players — the friendly dinos in range did not show a buff. We are not sure if this would help a dino endure a yutyrannus encounter.