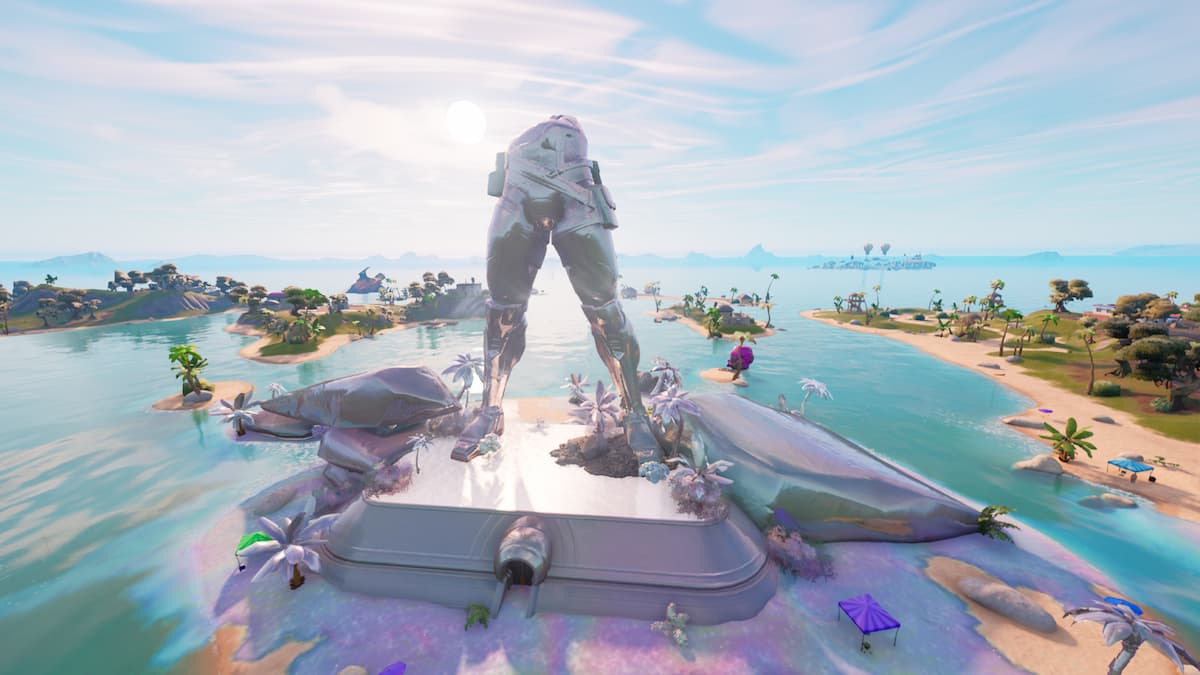 Out of the blue, a Chrome substance has come to Fortnite in Chapter 3 Season 4, and as a result, there are a collection of changes to the battle royale map. For instance, the latest season brings a brand new point of interest to a previously empty section of the island. Meanwhile, there are a few locations that have been redesigned and renamed. Here’s every new POI and location in Fortnite Chapter 3 Season 4, listed in alphabetical order.

To avoid being touched by Chrome, the location once known as Condo Canyon is now hanging in the sky from a hot air balloon. Although there is not a massive change to its layout, the POI now goes by the name Cloudy Condos.

The Joneses is another POI that has been slightly altered. Along with it being renamed Fort Jonesy, the location currently sports several new buildings with bridges and ziplines connected between them.

The most notable difference players will spot is the introduction of Herald’s Sanctum. It comes in the form of a castle entirely made up of Chrome and this liquid even spans to the beaches west of the now-barren Sanctuary.

A change any player can notice from afar is Lazy Lagoon’s transition into Lustrous Lagoon. Similar to Cloudy Condos, the location’s ship is also held up by hot air balloons, while the trees below it have been inflicted by Chrome.

To reflect the changing of the season, the bottom-left region of the island now dazzles with red-leaved trees and grassy fields that have all faded into a bright orange. This has also altered the Reality Tree, as its branches are completely uncovered.

There is no returning POI that has been affected by Chrome quite like Shuffled Shrines. Now known as Shimmering Shrine, almost the entire area sparkles from the substance. This includes its greenery and a few of its structures.

Aside from locations, the season even brings plenty of new and unvaulted weapons to battle royale modes. Guns, such as the Hunter Bolt-Action Sniper and Lever Action Shotgun, have returned, as Chrome Splash and EvoChrome weapons have been added to the loot pool for the first time.